"Six wives, and the best of them's the worst." 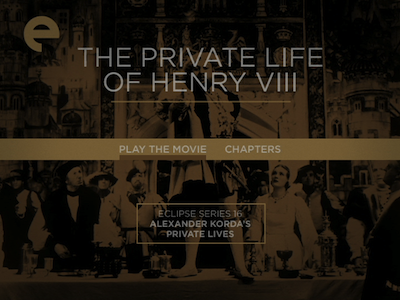 It's an older, weary, yet unflappable Henry VIII who drops that chestnut on us at the conclusion of The Private Life of Henry VIII. Charles Laughton plays the notorious king in the irreverent 1933 film. He is big and loud and boisterous and he enjoys his game hens--all the things we have come to expect from our knowledge of the marriage-prone monarch. It's a high-wire act of a performance, pitching ever so slightly toward comedy, yet at the same time avoiding being a one-note cartoon version of the historical figure. Far from the evil Dr. Moreau the actor played the year before in Island of Lost Souls [review], and not nearly as bullish as the Hobson who would make his choice in twenty years time [review], this fully built portrait fits nicely somewhere in the middle. It is a spirited portrayal full of nuance, capturing the character's dark currents while also being sympathetic to his loneliness. 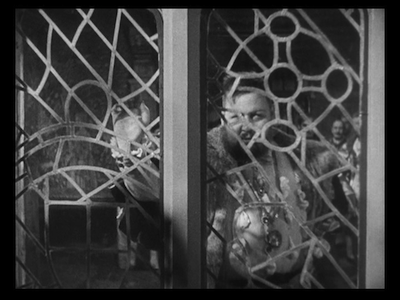 The Private Life of Henry VIII, part of the Eclipse boxed set Alexander Korda's Private Lives, opens on the day that Anne Boleyn (Merle Oberon), Henry's second wife, is to be executed as a punishment for her serial adultery. Once the beheading is complete, Henry will marry his third wife, Jane Seymour (Wendy Barrie). The duality of sad and happy is established from the get-go, as is the cheeky humor of the piece. The ladies of the court who are tasked with removing Anne's initial from the sheets on the marriage bed and adding a J for "Jane" gossip and titter wondering what it must be like to sleep next to the corpulent ruler. In a move similar to the one Sofia Coppola would take decades later in her fantastic biopic Marie Antoinette [review], director Alexander Korda is examining the king as a celebrity, every bit as desired and maligned and pawed over as movie stars would eventually be. His Henry is bawdy and sometimes buffoonish, a man of many desires who has every way of getting what he wants. Two of the funniest scenes in the movie are when the king discovers the league of barbers spends their meetings talking about his conjugal prospects. You know, instead of talking about cutting hair. 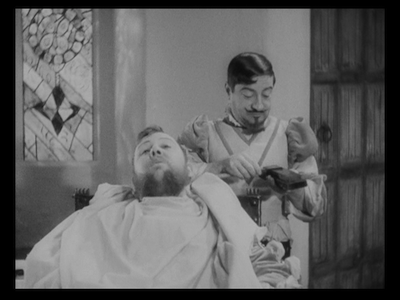 The movie charts wives 2 through 6, and the many reasons why the union to each failed. Henry goes from being pushed into one marriage, and then jumping into another because he's convinced he found love. Henry keeps thinking he's correcting his past mistakes--if Anne was too clever, then Jane was better because she was not, for instance--but then new faults arise and the man is never happy. My favorite of the wives is #4, Anne of Cleves, played by the very funny Elsa Lanchester (who was married to her co-star in real life, and later wed another monster, albeit a fictional one, as Bride of Frankenstein

). The German princess has heard enough stories about Henry, she knows any union with him is a ticking clock. On their first night together, she wins a divorce in a card game. Fittingly, she also comes back later to give Henry advice on why he keeps getting it wrong, choosing the sixth wife (Everley Gregg), the one who will get him into old age, on his behalf. She is very funny, mugging for the camera, making silly faces in the mirror trying to decide whether or not she is attractive. (Lanchester was, but Korda dresses her frumpily, isolating her face in order to play up her exaggerated features.) She strives for self-awareness, whereas Henry VIII lacks it completely. The entirety of the pop culture endurance of this Tudor emanates from the scene in Private Life where Henry scolds his court for the decline of manners in the kingdom, all the while slurping on ale and eating a cooked bird, tossing bones and sinews over his shoulder without a second thought. 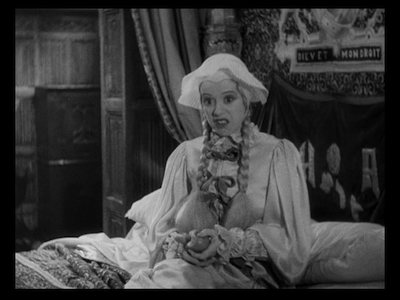 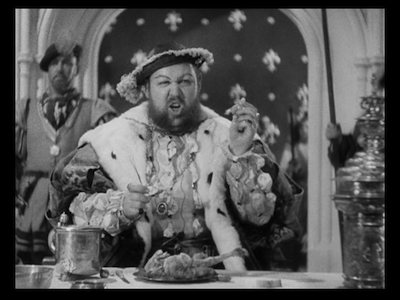 Korda's film is fancy without being flashy. The director's brother Vincent designed the sets, making them spacious and sturdy, mimicking the look of a real stone castle. He built alcoves for Georges Perinal's camera to peer down from, and corners suitable for cheating scoundrels to hide around, but also where spies like us could peek. In a way, we are like time traveling paparazzi, catching glimpses of the royal life from a peeping tom's distance. If The Private Life of Henry VIII were made today, it would probably be a mockumentary. It's only a matter for time before some British royal gets a reality show, don't you think? The sad thing is, you know they would end up being more loathsome than even a man who had his second wife's head chopped off. Because they'd have to play themselves, and there'd be no Charles Laughton to buff the edges. 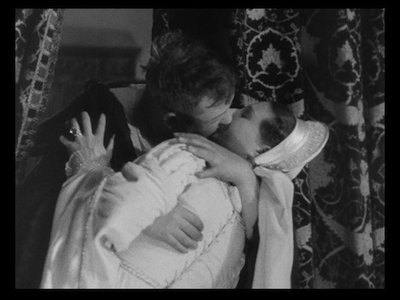