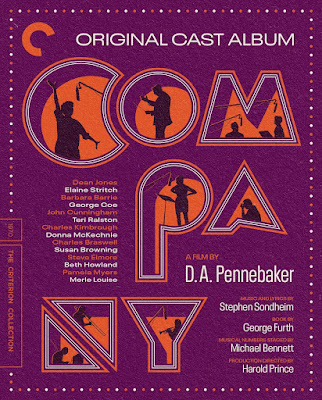 In these days of heightened media awareness and manufactured access, it would be easy to lose Original Cast Album: “Company” in the mix. Or even be cynical about it. The idea of a documentary crew being in a recording session for the official soundtrack of a Broadway musical, or frankly any recording session, is not at all revolutionary. It’s the stuff that many a DVD extra is made of. One doesn’t have to reach back too long to remember a time in the ’00s when a bonus DVD packaged with a new CD showing the “making of” was a bit of a thing. Even if both CDs and DVDs sound like antique objects anymore.

We are so used to Electronic Press Kits and staged peeks behind the curtain, we are immune to them; they are forced publicity efforts, with any potential tension approved by the studio providing just enough seasoning to make it interesting before everyone agrees they had the best time ever. There is no such denouement for D.A. Pennebaker’s scintillating 1970 documentary Original Cast Album: “Company.” No apologies or resolution, just relief and accomplishment. 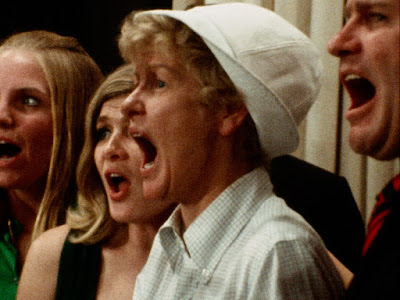 Originally planned as a pilot episode for a series, and clocking in at a scant 53 minutes, Original Cast Album: “Company” is bursting with drama and effort and all the anxiety and triumph both things engender. Taking place mostly in two rooms and almost entirely over one night, Pennebaker--best known for profiling Bob Dylan in Don’t Look Back [review]--sets up in the studio where, as the title suggests, the Broadway cast of Stephen Sondheim’s Company are laying down the musical’s tracks for posterity. The cast features personalities known (Disney stalwart Dean Jones, legendary performer Elaine Stritch) and unknown (not sure who that is on timpani, but they get an anonymous shout out). As take after take winds on, energies wind down, people become exhausted and the mood becomes fraught. But everyone carries on. 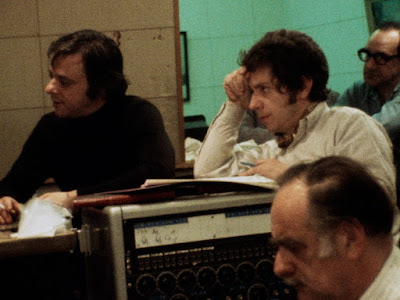 Which is really what is fascinating about Original Cast Album: “Company.” This thing they are doing is a job as much as it is an art. People clock in and perform a task, and despite the egos involved, appear for the most part to be willing to do it together, a cast of craftsmen endeavoring for a common goal. It’s a helluva thing. The other night I saw the L.A. Philharmonic perform with H.E.R., a show in which the orchestra also served as an opening act. There were some folks in the audience who apparently thought the classical music was there to provide accompaniment to their conversation, and all I could think was, “Don’t you see? There is a stage full of people down there using specific man-made objects to create one sound. Isn’t that awesome?” It’s hard not to look at this, especially in the group numbers when everyone is adding their part to the big sound, and think the same.

Much is made of Sondheim’s perfectionist muttering, but really, you can see a desire to get it right in just about everyone else. They are striving, judging, worrying--everyone wants the same perfection. Most famous, of course, is Stritch pushing herself to the limit to put Company’s showstopper, “Ladies Who Lunch,” on tape. The mind boggles as to why the producers saved that until the end of the session, when the actress is spent. It’s painful to watch Stritch wrestle with her own demons, and the mounting tension when she’s just not getting it. 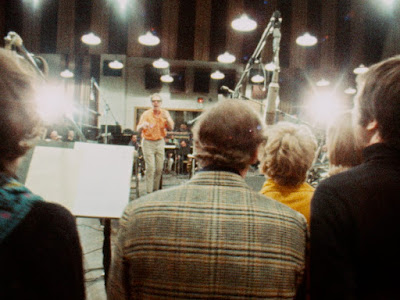 Modern documentarians, eager to promote the product, would put a narrative on this. They’d cut away to commentators and one-on-one interviews, but outside of one short confessional by Sondheim, Pennabaker keeps Original Cast Album: “Company” in the action. We will hear the song more than once because it took more than once to get the best take. That’s the whole point of being there. This is why Original Cast Album: “Company” has stayed in the collective unconsciousness, and why the comedy series "Documentary Now!" took the film on for their episode “Original Cast Album: Co-Op.” Penned by John Mulaney, Fred Armisen, and Seth Meyers, the program has been included on this release. Watching it again, seeing the parody back-to-back with its inspiration, I actually had the same appreciation for the cast and crew behind the homage. It, too, must have required a lot of hard work and a group passion to make the imitation so exact and the comedy so sharp.

So here it is, to be discovered anew. Original Cast Album: “Company” has been lovingly restored and spruced up with deep-diving supplements. It's a snapshot of a moment in time for these particular artists, but also for Broadway and the recording industry, for a way of doing things that doesn't necessarily happen anymore and a way of seeing how those things are done that rarely aligns with the spotlight. 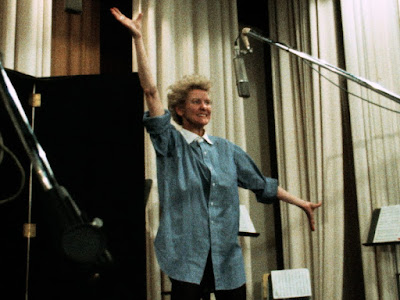 This disc provided by the Criterion Collection for purposes of review.
Posted by Jamie S. Rich at 2:32 PM