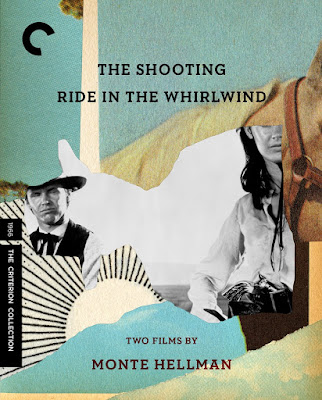 Everything is mysterious about Monte Hellman’s 1966 western The Shooting.

Gashade, played by everyman tough guy Warren Oates (Bring Me the Head of Alfredo Garcia [review]), is a former bounty hunter looking to make an honest living. He returns to his mining camp to find his brother gone and his friend Leland (B.J. Merholz) dead. The only remaining miner, the simpleminded Coley (Will Hutchins), explains that the two other men went into town, only to come back in a hurry. An incident there left someone dead, perhaps a child, and Gashade’s brother accused of the murder. The brother left again, but the next day someone shot Leland. There’s no clue as to whom. 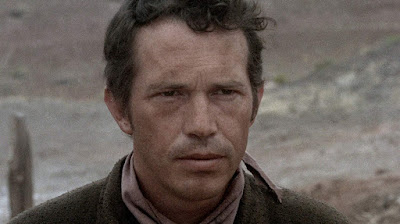 There is also no explanation for who has been following Gashade--he felt a presence on the trail--or whether it’s the woman who appears in the camp next. She never gives her name, but she’s played by Millie Perkins, who many will recognize for having played Anne Frank in The Diary of Anne Frank. The woman wants to hire Gashade to take her to the next town, but once on the road, it’s clear she has other intentions. She tries to lead the trio off the route to follow the trail of a horseman--or perhaps horsemen, the tracks keep changing--ahead of them. Oh, and she has her own shadow, another man following behind.

He turns out to be a mean gunslinger named Billy Spear (Jack Nicholson, who also produced the picture). Billy’s been keeping an eye on things, and like so much else, it’s never fully explained why. What is his relation to the woman? He claims he is being paid, but Gashade senses something more. 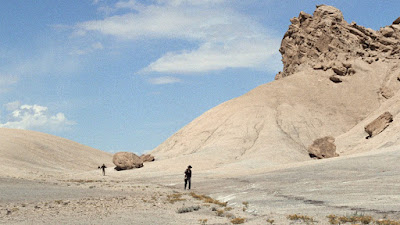 What transpires is a long trek across the desert, as the woman’s bullheadedness and Billy’s misplaced self-confidence lead them all into dangerous territory. Food is in short supply, water is dwindling, and horses are dying. Gashade tries to keep them on pace, and then tries to keep the peace, but there is only so much he can do. He is forced to work with what is immediately apparent, and the prospects become more dire the longer the sun shines. 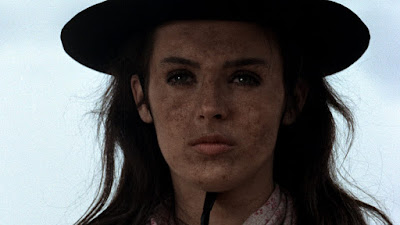 The Shooting is a minimalist western. Hellman uses the expansive desert and the ambiguous script--written by Adrien Joyce, a.k.a. Carole Eastman, the writer of Five Easy Pieces [review]--to create a nigh-surreal landscape where the lack of reference points leaves his characters exposed. The absence of explanation throughout The Shooting not only keeps you guessing as to what is happening, but also on what exactly Joyce and Hellman mean. Is this a feminist revenge picture, and we are meant to root for the woman to catch up to her quarry? Is it a treatise on violence, rendering the standard shoot-’em-up as a Beckett-like trek through emptiness? Is Oates the last of a dying breed, a good man in a bad world? 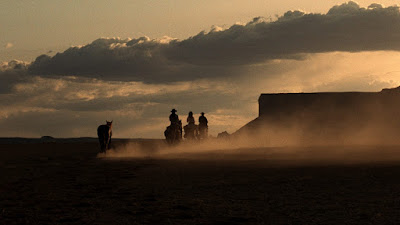 It’s kind of all of these things and none of them. Though uncredited, Roger Corman was the executive producer of The Shooting, and it would be easy to see it this western as simply what happens when a couple of young filmmakers take advantage of his indie studio system and spend three weeks playing around with horses and pistols. On that front, The Shooting works rather well. The narrative never pauses long enough to allow for boredom, and the performances are uniformly solid. Hutchins in particular is effective, playing Coley so he is both infuriating and empathetic. You want to throttle him for his dumb innocence, but can’t help but feel for him when his good nature gets taken advantage of. By contrast, Oates is a rock, always looking for the right move, never giving up an inch of intellectual superiority even when forced to go against his own self-interests. There is a classic morality play weaving through here, noirish in construction: the righteous man caught up in the machinations of a femme fatale and her sadistic boyfriend. 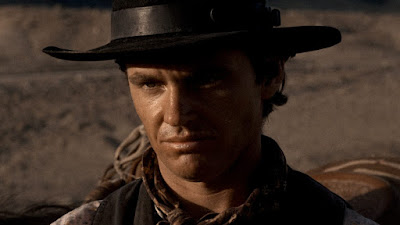 In those terms, The Shooting comes to a grand existential conclusion. The consequences suffered aren’t just those of the murder that kicked the whole thing off, but of the frontier lifestyle in general. Gashade is dogged by his past greed, and what lies ahead is directly related to those sins. There’s a cliché that I could attach to this that would give it all way, but like Gashade, you best just get to where it’s all going and find out for yourself. 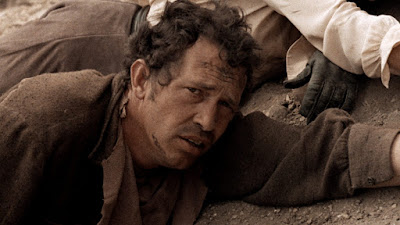