THE KNACK...AND HOW TO GET IT - CRITERION CHANNEL

“Here is London, giddy London
Is it home of the free
Or what?” 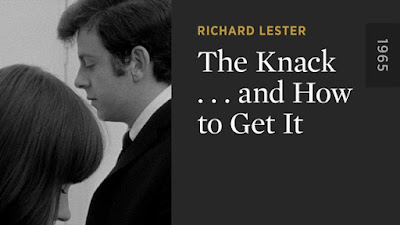 If you asked someone at random to make a cartoon version of 1960s Swinging England based entirely on whatever vague pop culture knowledge they carried in their brain, The Knack...and How to Get It would be the result.

Released in 1965, this Richard Lester film takes a play by Ann Jellicoe and twists it into a madcap movie full of slapstick and experimental camera moves and tricky editing, all to create a feeling of youthful frenzy and sexual excitement. It’s about one or two steps away from being too much, while also being very much of its time. The Knack...and How to Get It means well, but it hasn’t aged well. 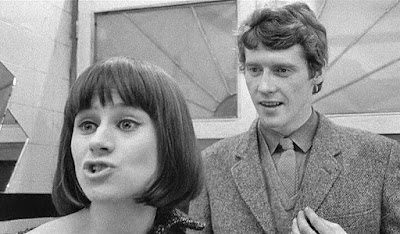 The film stars Michael Crawford, who was ahead of this modern superhero thing when he played the lead in Condorman back in 1981 (mentioned here because it was a movie I loved, age 9). Here he plays Colin, an uptight schoolteacher who rents his upstairs room to Tolen (Ray Brooks), a fashionable playboy who parades an endless string of conquests up and down the stairs, past Colin’s room. Fed up and lonely, Colin looks to his tenant to learn how to pick up women, to get “the knack.” 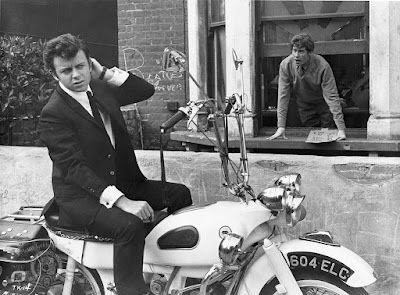 As the deal is being struck, two other wandering souls are on a collision course with this pair. Tom (Donal Donnelly, The Dead [review]) has been kicked out of his boarding house and is soon to take advantage of Colin’s other room to rent. And Nancy (Rita Tushingham, A Taste of Honey [review]) is fresh off the train, lost in the city, seeking the YWCA. She will eventually catch Colin’s eye--though it’s Tom who actually invites her around. All three men start competing for her attention, with Tolen being the most aggressive. His knack isn’t taking no for an answer. But more on that in a second...

Richard Lester was fresh off A Hard Day’s Night [review] (and years away from Superman III) when he made The Knack...and How to Get It, and when you consider that, it’s easy to see why he was chosen to make a youth comedy of this kind. One of the more effective flourishes he adds to the source material is a tongue-clucking Greek chorus of disembodied voices judging the four kids wherever they go. Every face he captures on the London streets has something going on behind the eyes, and Lester layers these random reactions over the soundtrack like imagined whispers only the paranoid can here. The real locations and documentary-like shooting style lends a potency to the device, while simultaneously adding to the feeling that The Knack...and How to Get It is very much of its moment. In its way, the film feels like a big prank. 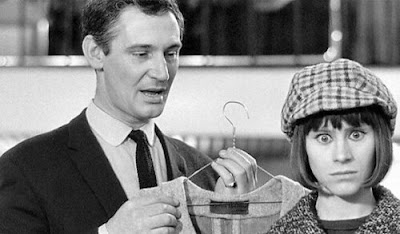 Lester attempts to keep things unpredictable even when off the streets, when on set or focused on his leads. Extreme angles, choppy editing, humorous cutaways, and even some fun with subtitles--all of this lends to The Knack...and How to Get It having a zippy pace, but also a contrived sense of urgency that spills into the dialogue. The director fails to let the words breathe, and so his actors kind of tumble over one another to the point where their lines start losing meaning. There’s nothing to invest in here, no one to buy into. The men all seem selfish, and neither they nor the filmmaker really ever stop to get to know Nancy.

Which is weird, because the foundation of Jellicoe’s narrative is more satirical than Lester’s zany presentation gives it credit for. From the moment Nancy steps onto the London pavement, she is sexualized. Men leer at her, some even warn her away, and all the while she is searching for what should be a safe haven for women like her, only to never find it. Tom comes closest to treating her like an individual, but by film’s end, he’s joined the pack. It’s likely no coincidence that Jellicoe named the male characters the way she did. Colin to Tolen to Tom--you can smoosh them all together. 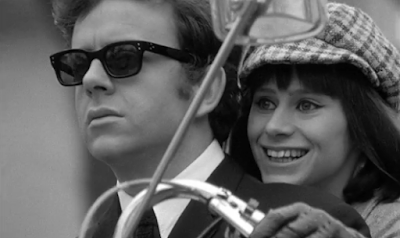 But where things get really weird in The Knack...and How to Get It is in the final act, when Nancy, seemingly fed up with this treatment, starts loudly accusing Tolen of rape. Not in any serious manner or in a way that causes us to wonder if she believes it to be true--we saw, he didn’t do it--but more in a sing-songy impish fashion. She repeats “Rape, rape, rape” over and over, taunting the men, who immediately lock arms in fear for their reputations. It’s hard to imagine that this was ever a tasteful routine, though a generous reading could likely find a way to explain how the exaggeration upends the situation by removing power from the men and shining a light on their lecherous behavior. I find none of that in Lester’s staging, however, and there is little to redeem it in the baffling ending. Sure, Tolen is ostracized for being a creep, but why is Colin rewarded when he not only had the same intention of getting Nancy to bed, but also participated in trying to silence her? 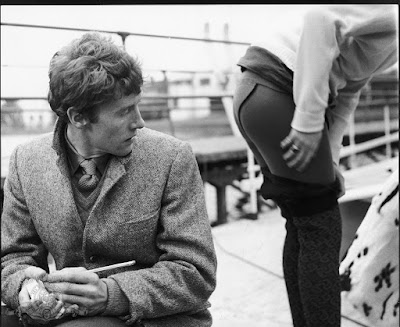 All of this causes one to leave The Knack...and How to Get It pondering, “What the hell did I just watch?” Outside of its photography of period London and jazzy John Barry score, there isn’t much that holds up here. It’s a bit of a lark, at least for the first hour, but like so many practical jokes, it fizzles under its own caprice. 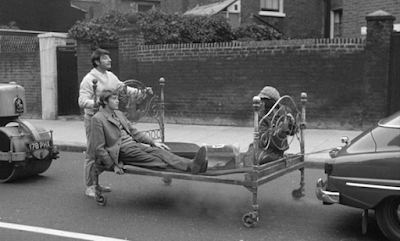