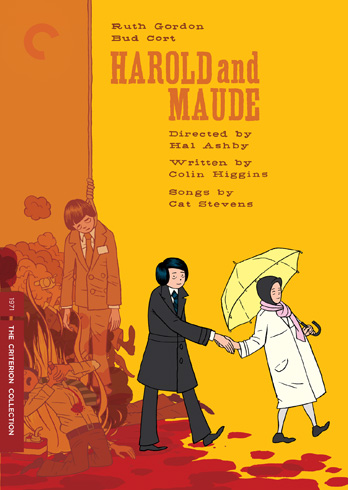 Generally, when connecting the two sides of life, a la Shakespeare and the ages of man, babies and senior citizens are usually listed as mirror images of one another. The older person’s functions fail them, they return to helplessness, and also there is a perception of a reclaiming of innocence and naïveté. Watching Harold and Maude, however, one might make a different argument. In Hal Ashby’s 1971 comedy, it’s adolescence and old age that complement one another. They aren’t mirror images, but there is a healthy morbidness and a willingness for adventure that fit together quite well. 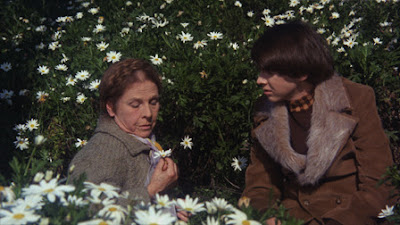 Bud Court stars as the titular Harold, a wealthy young man adrift and lacking in purpose. Or so his interfering mother (the fantastically named Vivian Pickles) would have us believe. She wishes Harold would find a good woman, or join the army and get some discipline. Harold isn’t interested in either. All that really interests him is death. He stages elaborate fake suicides to shock his mother--though she has become so immune to his pantomimes, she is more annoyed by the blood on her bathroom mirror than her son lying in the tub with his wrists cut. 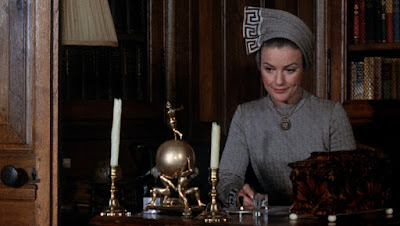 Harold likes to attend funerals, and that’s where he meets Maude (Ruth Gordon), a woman in her mid-80s who also likes to crash the services. Maude is, quite aptly, an eccentric. She steals cars and smokes a hookah and liberates plants and animals into the wild. She takes a liking to Harold, and though he is skeptical at first, Harold takes a liking to Maude. A friendship develops, and then a romance.

Harold and Maude is a classic tale of outsiders, a black romantic comedy of misfits. Neither of the lovers fit in the world, but unlike Harold, Maude has created her own space within it. If she offers him any one important thing, it is that: an example by which he can embrace his own uniqueness. Maude has experience with life and death both, and neither scares her. Harold embodies the cliché adolescent feeling of believing he’d be better off dead than alive, which he even admits in a tearful confession midway through the picture, in what is probably Harold and Maude’s most emotional scene. Harold’s first near-death experience brought him both attention and a kind of peace, as everyone believed he really was deceased. For a brief pocket of time, he was in that rare state where people remembered him fondly. Though Maude sees her own time coming up soon, she offers the young man an alternative: an existential rejection of all things mortal. There is freedom living in a state of in-between, a state that Harold will find in the final scene of the film, which itself prefigures a very similar leap of freedom at the end of Quadrophenia [review] just a few years later. 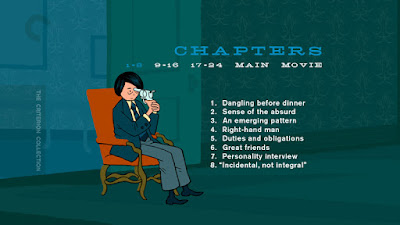 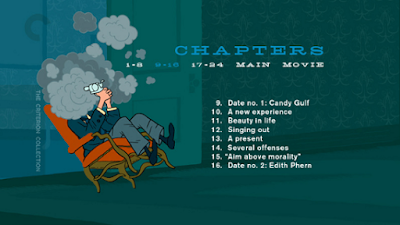 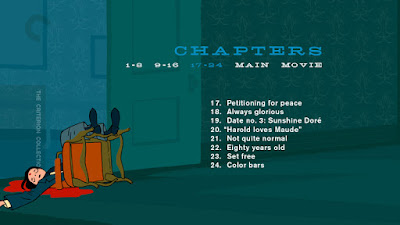 For all this heavy thinking, Harold and Maude is not a ponderous movie. On the contrary, the script, written by Colin Higgins, who would later go on to helm a couple of Dolly Parton vehicles like 9 to 5, is lightly composed, its episodic structure allowing for the narrative to remain nimble and never be bogged down with one scenario too long. Together, Higgins and Ashby create a unique pocket universe for their characters to live in. It’s quirky and stylized in a way that would later influence Wes Anderson, but unlike Anderson, not nostalgic. Rather, it is very much of its time. The filmmakers weave in current events and important issues of the late ’60s and early ’70s, including free love, war, and technology. Harold’s uncle (Charles Tyner) is an army officer that promises him glory overseas; Harold’s dates, found via a computer dating service, bring glimpses of the outside world into Harold’s isolated existence. For instance, one is a political science student, and she is concerned whether or not Harold is “involved.”

My favorite of Harold’s would-be companions is Sunshine (Ellen Geer), an actress who is gung-ho to join in on Harold’s performances. He fakes hara-kiri in front of her, and she not only delights in the public spectacle, but takes the dagger and shows him how she died on stage playing Juliet. In a more conventional film, the script would diverge here, and Sunshine’s arrival would threaten what Harold and Maude have together. Instead, Ashby is content to let the sequence deliver one of the film’s funniest punchlines and then move on. 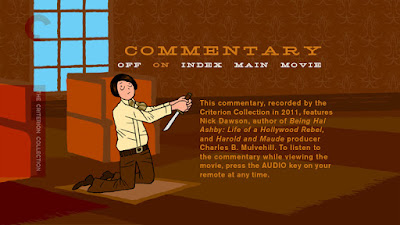 It’s kind of remarkable I never saw Harold and Maude until well into my twenties, because this would have been an ideal movie for me when I was a teenager. Its obsession with death, its quirky fashion, the flaunting of social convention--it seems ideal for Teenage Jamie. Of course, I didn’t have Rushmore [review] back then, either, and maybe fate was such that I could not be inspired by Harold and Maude, that was reserved for Wes Anderson--who makes no bones about cribbing from Ashby for his second feature. Max Fischer’s obsession with an older woman and his dramatic performances are directly borrowed from Harold and Maude. In a Tarantino-esque move, Anderson even goes so far as to crib some of the Cat Stevens tunes from the soundtrack. I imagine if we ever got to see Max’s first car, it would be a hearse. 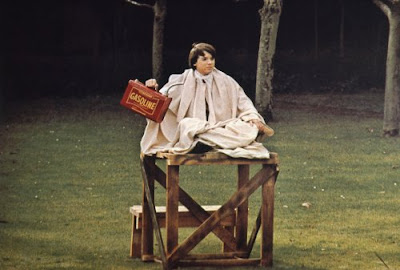 What is perhaps most impressive about Harold and Maude--and there is a lot to be impressed with, not least of which are the exceptional performances by Cort and especially Gordon, whose every moment appears effortless--is how Ashby avoids allowing this strange world he’s creating to ever be precious or contrived. While careful thought certainly went into the details--the fashion, the set dressing, the locations--there is also a bit of a shaggy dog imperfection to it all, a trait that comes naturally to Ashby in all of his films. There is a raggedness that lends an air or reality to even the most unreal of proceedings. (See also Being There [review]).

When thinking again about the connection between adolescence and old age, I have to say there is something about how the young man connects to the old woman that appeals to middle-aged me. Perhaps it’s that the message of the movie extends beyond such specific time periods. Harold’s plight is one that many of us will return to again and again. Who am I, and what should I do with myself? If only we would all be so lucky to find a Maude here and there along the way. Or better yet, to wake up to the fact that our own personal Maude might just be us in the future, as we gather experience and wisdom, and simply just learn to be ourselves. 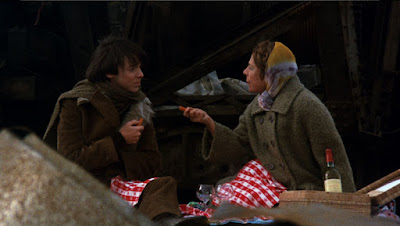 Sidebar 1: In a previous write-up for the Portland Mercury, I chose Harold & Maude as one of three films to watch alongside Rushmore. Read that piece here.

Sidebar 2: Check out more from Jordan Crane, the artist behind the cover and the menus, here.