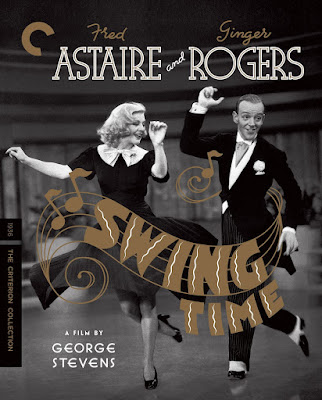 The 1936 musical, directed by George Stevens and starring Fred Astaire and Ginger Rogers, is brimming over with bliss from its very first frame to the very last. Frothy and buoyant, the movie delights as a romance; cynical and witty, it also functions as an early 20th-century parable of American gumption. You can be a wise guy and a hustler, but that doesn’t mean you don’t have a heart.

Astaire stars as Lucky Garnett, a hoofer looking to make his way in the world by marrying up. When his theater pals make him late for his own wedding, it gives his would-be father-in-law a chance to drive a wedge between suitor and daughter (Betty Furness). So it goes that Lucky and his pal Pop (Victor Moore), a magician and con man, head to New York--where Lucky will need to make a sizable sum in order to prove he’s good enough for the bride-that-wasn’t. 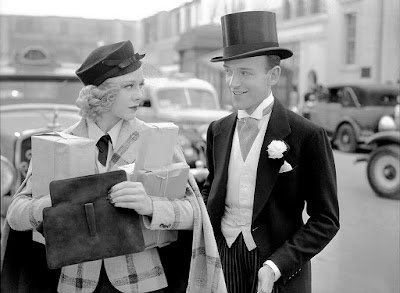 Upon putting shoe to pavement in the Big Apple, Lucky runs across Penny (Rogers), a city girl who doesn’t fall for his rap but ends up on the wrong side of his schemes anyway. When Lucky’s joking around gets the girl fired from the dance school where she teaches, he rolls the dice and taps his shoes to win it back for her, ultimately pairing up with Penny as a dance duo--their ambitions funded by his and Pop’s gambling profits until the team really gets up on their feet.

Along the way, of course, Lucky and Penny fall in love, but he still thinks he needs to honor his prior commitment to his fiancée and can’t just be straight about this predicament with his new paramour. Nor can he be straight in business, despite his promises not to gamble. It’s just not his way. How ever will this work out? 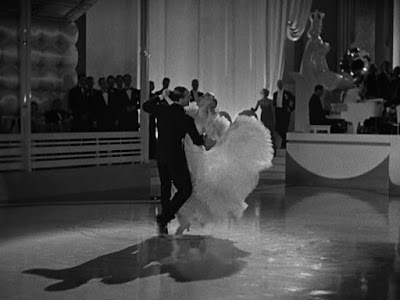 Swing Time is fun and snappy, set to the rhythm of Lucky’s lifestyle, and yet comfortable in its pacing. Stevens is not afraid to take time between musical numbers to let his characters be themselves and will let a conversation run long if it means adding to the drama. No one in Swing Time feels like they are in a hurry--Astaire will indulge a long look at Rogers, Moore will take the space he needs for a card trick or a sight gag--and yet the movie never drags, never feels lazy, and always finds the right cue to make its next move.

Astaire has a charming, unforced screen presence. He seems unaffected by script or camera lens, he is as naturally himself as he is graceful on the dance floor. It’s easy to see why he and Rogers made such a great pair. They are just as in tune in conversation as they are in choreography. Though made not long after the Hays Code was implemented, Swing Time still generates some real heat between its leads, and the jokes and situations still manage to be a bit naughty. These are Runyon-esque characters, sharp denizens of a softened underworld, but criminals and crooks and show people nonetheless. 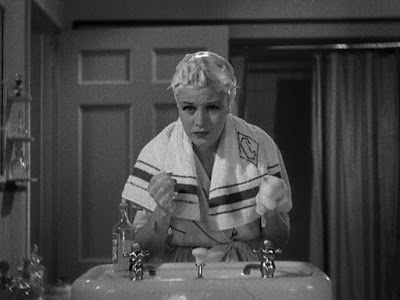 There’s nothing to not really like about Swing Time. Even Astaire’s unnecessary turn in black face--the tribute to Bojangles Robinson could have been done with dance alone, adopting his skin tone adds nothing--seems tame and lacking in malice. And the famous routine where the star trades moves with three shadow versions of himself dazzles enough to make you forget the misstep.

Which is really the point of a movie like Swing Time: to make you forget. It’s smart escapist entertainment, a cut above, even as we hurtle into this whole other century. Effervescence, it seems, has no expiration date. 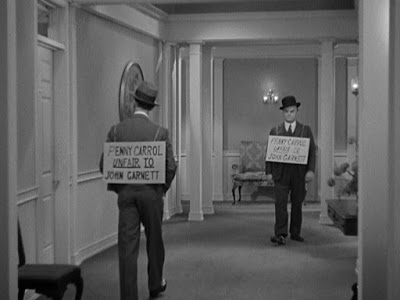