This review was originally written for The Oregonian in 2013. 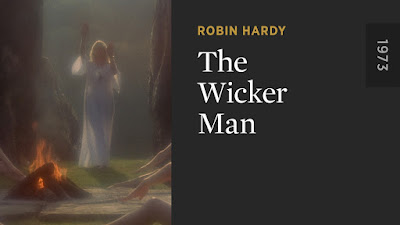 Long before the remake was a distant image in Nicolas Cage's rearview mirror, the original The Wicker Man was a cult horror classic.

Made in 1973 by English director Robin Hardy, The Wicker Man stars Edward Woodward as a police constable drawn to a remote Scottish island on the pretense of looking for a missing girl. Awaiting him is a bizarre pagan community led by the appropriately named Lord Summerisle (Christopher Lee). The isolated detective finds himself in a surreal, increasingly dangerous world with no connection to the mainland.

Perhaps more weird than scary, and even at times a little goofy, The Wicker Man well deserves its reputation as an oddball delight. Though mostly seen in its shortened theatrical release, in recent years we have seena newly struck digital presentation of the “definitive" director’s cut, restoring most of his original intent.* 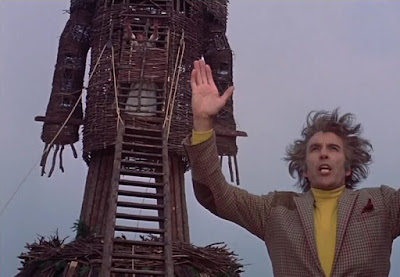 * NOTE: It is unclear which version is on the Criterion Channel.