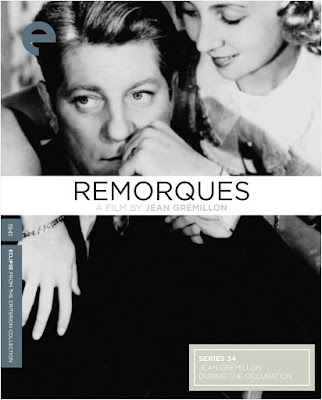 Following last week’s review of Claude Autant-Lara’s Sylvie et le fantôme, I decided to crack open another Eclipse set featuring films made and released during the German occupation of France: Jean Grémillon During the Occupation.

The first feature in the set is 1941’s Remorques (Stormy Waters), a genre melodrama begun in 1939 but put on hold at the onset of World War II.  It stars Jean Gabin (Grand Illusion [review]) as André, a happily married tugboat captain who treats his crew like family. In Grémillon’s world, the tugboat life is a rough-and-tumble one, with boats competing for contracts, often negotiated on the fly. Such as it is when we first see them in action. A ship in need of assistance disrupts a reception for one of the crew’s nuptials because a powerful storm has caught them unaware.  André and his men leave the party and their women, including the new bride, to rush through wind and waves to get there and tow the ship in before their rivals do. 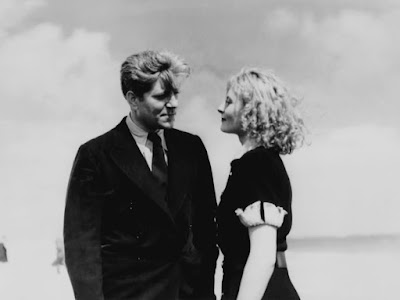 Unfortunately for André, the captain of the distressed ship (Jean Marchat, Les dames du Bois des Boulogne) does not share his sense of honor and cheats him out of his fee. Which gives André all the more reason to side with the villain’s wife, Catherine (Michèle Morgan, Port of Shadows), when she attempts to stow away on his ship. While she doesn’t escape that night, a connection is made. Whereas before André was devoted to his loving wife Yvonne (Madeleine Renaud, Le plaisir [review]), now he is tempted to stray.

Remorques takes place over a relatively short amount of time, the compactness of the drama heightening the emotion, making room for extreme changes and swathes of feeling. No sooner has André taken up with Catherine than Yvonne is stricken ill, making him seem like even more of a heel for throwing her over. Even so, Grémillon doesn’t keep the narrative charging full-steam ahead. He is willing to pause and let the first afternoon of romance play out, André and Catherine wooing one another on the beach. There is a strange melancholy to their affection. André mistakes his own white-knight syndrome for empathy, completely missing the irony of his own actions in hurting his wife in favor of comforting another’s abused spouse. 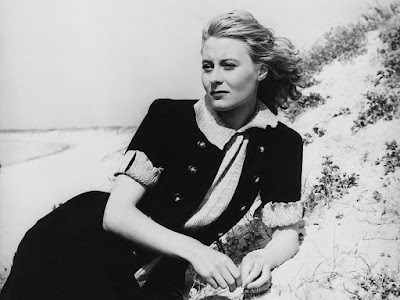 In many ways, Remorques is a manly picture. French Existentialism fraternizes with a Protestant work ethic, allowing Gabin to cut a figure of a man for whom love and duty are intertwined. When he starts cheating on his wife, so too does his work life suffer. He becomes unreliable to his crew. Thus, in the film’s finale, he has to choose to embrace one after the other is lost to him.

One could assign this a greater meaning, reading Remorques as an allegory for the French struggle under Germany’s thumb, but this is really just a coincidence. Still, for all its escapist charms, audiences at the time must have somewhat seen themselves in the script. If nothing else, they could embrace the naturalist celebration of the working class. Grémillon is intrigued by the work that André and his men do, shooting their labors with a documentarian’s eye. Such attention to detail also shows in the action sequences featuring models of the tugboat and its clients being tossed about in the water. While a modern viewer can spot the cracks showing through if they really want to, it’s still pretty impressive special-effects filmmaking, creating a legitimate aura of danger every time André takes his team out to sea. 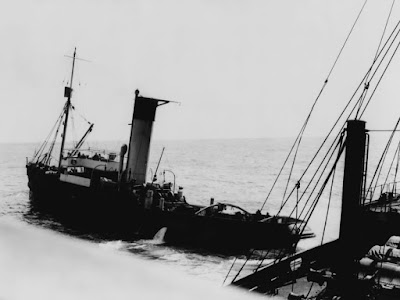