This review was originally part of a piece on the second Humphrey Bogart Signature Collection for DVDTalk.com in 2006, and covers three different adaptations of the Dashiell Hammett novel. 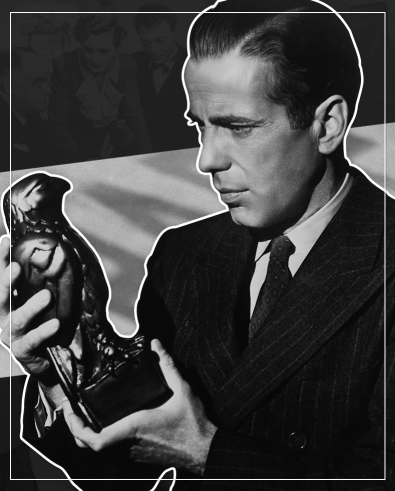 I've seen the '41 version of The Maltese Falcon more times than I can count and read the Dashiell Hammett novel at least twice; however, I had never seen the other two movie versions before. I thought it would be fun to watch them in order and see how the story climbs up the ladder. How many Sam Spades and bands of thieves does it take to catch a priceless bird? 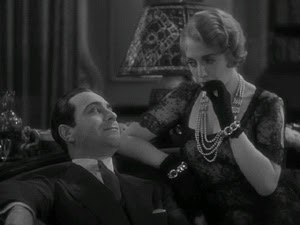 Sometimes known as Dangerous Female, Roy Del Ruth's 1931 adaptation isn't a bad film, but it does have the clunkiness of early Hollywood. The story is essentially the same as its more famous descendent--private dick Sam Spade is hired by a dazzling dame to chase after a pack of lies, leading him into a nest of crooks all searching for a fabled jewel-encrusted statue of a bird--but without any of the hardbitten dialogue. What really sets the two apart, however, are the actors. Ricardo Cortez, who would also later play Perry Mason in The Case of the Black Cat, doesn't really pull off Sam Spade. He's a little too flip, trading on his sarcastic Cheshire cat grin rather than commanding the room. If he were under the gun with John Huston's villainous 1941 cast, he'd never get out alive.  Thankfully for Cortez, the band of thieves he must contend with aren't nearly as sinister. The only actor who comes close to achieving the same level of menace is Dudley Digges. As Gutman, he manages the arch façade of the criminal mastermind. The homosexual undertones between himself and Wilmer (Dwight Frye, who was Renfield in Dracula) is also easier to read than you'd expect for the time period, as is most of the story's sexuality. The problem is that the film just isn't tough enough, something that is all too evident in the climactic confrontation between Spade and Ruth (Bebe Daniels, 42nd Street). Sam's womanizing is so exaggerated in the early scenes, and his interaction with his partner Archer (Walter Long) so cold, it's hard to believe he would be all that concerned with the man's death, an essential part of the story.

One thing Del Ruth does have that is not in the 1941 film is a coda where Spade visits Ruth one last time. It's actually the one scene where Cortez's take on Sam really works, as he begins the scene with humility and sadness and ends by covering up those emotions with the same rakish smile. It's what he'd been shooting for all along, but unfortunately for him, he only managed to snag it in the last two minutes. 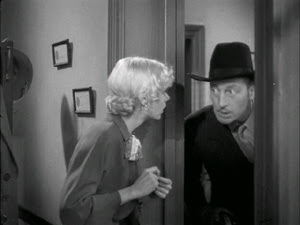 1936's Satan Met A Lady, directed by William Dieterle, shares only a superficial resemblance (and one screenwriter, Brown Holmes) with the previous film. Sam Spade becomes Ted Shayne (Warren Williams, from the 1934 Imitation of Life), a gadabout private detective whose only sleuthing skills are finding gullible marks among rich widows. Run out of the town he had been hanging his shingle in, he returns home to annoy his old partner Ames (Porter Hall) and make woo with the man's wife (Wini Shaw). It's an easy gig until big money comes his way, a wad of cash by the name of Valerie Purvis (Bette Davis). Purvis' trumped-up case gets Ames shot, and when she comes clean, she asks Shayne to find a jewel-filled horn once owned by the legendary French soldier Roland. Competing for this trumpet is a tall Englishman Travers (Arthur Treacher as the stand-in for Cairo) and Madame Barabbas (Alison Skipworth as a female Gutman). The tone here is more comedic, and Hall plays Shayne with a droll wink. It's amusing as it goes, and it features many of the same double-crosses as the more famous adaptations of Hammett's novel, but it's only a slight diversion. Davis comes and goes in the movie, only occasionally showing hints of the talent that earned her reputation. A fun inbetweener, nothing more. 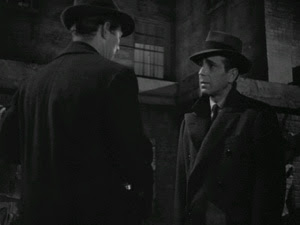 The true classic comes with John Huston's faithful 1941 retelling. Sticking as close as possible to the Hammett text while still translating it to film language, Huston's Maltese Falcon proved to be the breakout role for Humphrey Bogart and one of my favorite all-time films. Much has been said over the years about The Maltese Falcon, and there isn't really more to add. Just know that this movie needs to be in your collection. Its stylish angles, snappy pace, and crisp dialogue brings the story to life in a way few other hardboiled adaptations can match. Only 100 minutes long, you'd swear far more happens than the space can contain, but the editing and the camera keeps the story moving. Bogart does everything with Spade that Ricardo Cortez could not ten years before. He wears his cynicism as casually as his finely tailored suit. He is at once manipulative, humorous, and seductive, and yet beneath it all, he is honorable. Bogart makes Spade the ultimate example of an existential hero in the first half of the 20th century.

Yet, Bogart couldn't do it alone. Huston has cast the picture to give him a supporting cast that is just as interesting as the lead. If we weigh the scales on darkness and eccentricity, then we might even call them more interesting. Peter Lorre is the dandified, oily Cairo, while Sydney Greenstreet makes a formidable film debut at the age of 61 as the malevolent benefactor, Gutman. Mary Astor is both frail and dangerous as the femme fatale, while Elisha Cook Jr. is blood curdling as the quietly explosive Wilmer and Lee Patrick provides a real world counter balance as Spade's longsuffering secretary. Even the most minor of roles is given the utmost attention, ensuring that Huston and Hammett's meticulously constructed underworld is as full and rich as it deserves to be. 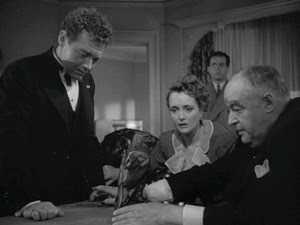