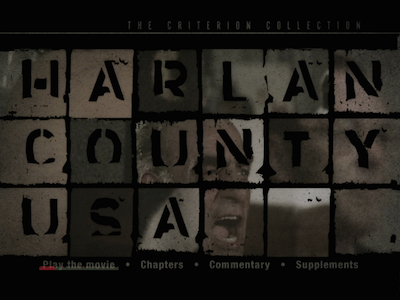 What a compelling and relevant time capsule to unearth in these modern times. The 1976 documentary Harlan County USA should be required viewing for every politician and voter demanding more coal jobs. It might make them think twice about the issue, and how maybe we failed our coal workers by not looking to transition them into something less harsh and dangerous forty years ago. It should also be viewed by...well, just about everybody. Anybody on either side of the voting booth who thinks they don’t have much in common with the other side. Watching these Kentucky working men and women stand up for their rights, banding together against an oppressive corporation, even when it becomes clear that the law, the government, and even the church are not on their side, serves as a reminder that it doesn’t matter where you’re from or how you believe, we’re all just trying to get by and the forces that get in our way are essentially the same. 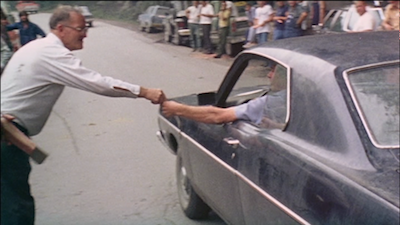 In this case, the main foe is The Company (a.k.a. Duke Coal, but let’s just call them The Company, like a true supervillain). And not just the owners of the coal mines in the early 1970s, but the owners going all the way back. As director Barbara Kopple (Miss Sharon Jones!) and her crew spend more time with the striking miners, they uncover a tradition of struggle extending at least as far into the past as the 1930s. A fight for fair wages, for safe conditions, and to generally be treated with respect.

The strike at the center of Harlan County USA lasted more than a year, but its particular origins are in the late 1960s--a deadly explosion that could have been prevented and potential betrayals by union leader Tony Boyle, the latter of which is a narrative that contains twists straight out of a mob movie. The workforce in Harlan are seeking increased wages and better health benefits. Older miners are forced to work well past a healthy age to get their pensions, and not enough is being done to help them with ailments like “black lung.” Profits are up--particularly as oil companies have moved in and taken over operations--but conditions for the actual workers remain the same. When The Company refuses to recognize their right to organize, the miners seize it, staging a walkout and starting a picket line. 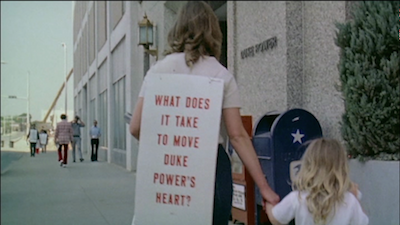 One thing that’s important to keep straight: Harlan County USA is not a hippy-dippy product of a protest-happy ’60s. The people here are as real as it gets, a genuine community of hard working folks whose connections to the area and the occupation go back generations. Kopple talks to young and old alike, and when she can, to people on both sides of the picket lines. Naturally, the scabs and thugs hired to break the strike aren’t eager to get in front of the camera, but when they do, Kopple gives them the microphone to state their case--for as much good as it does them. The opposition merely offers vague enemies (commies) and misguided rationalizations (a raise means a rise in coal costs, one suggests, absent any consideration of actual profits). As an older coal widows declares, everyone has a side to choose, and it’s baffling that these other men have chosen to support the profiteers.
I mention the coal widow, and it should be noted that throughout Harlan County USA, the women are standing alongside their husbands through the whole thing, and in many cases, far more vocal and organized. A couple of men learn the hard way, you don’t fuck with the ladies of Harlan. Hell, the wives are the ones who, when they see the Company thugs packing heat, insist on starting to carry guns themselves. Even the Sheriff backs down when the women stand up. 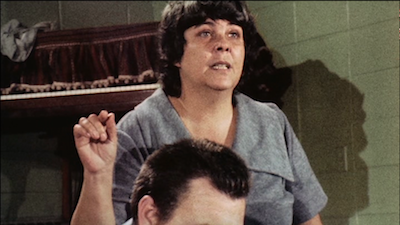 It’s impossible to oversell how vital and moving Harlan County USA  remains. This is classic documentary filmmaking: in and of the moment, unadorned, with a minimum of editorializing, but with the filmmakers understanding how to properly choose what to show and when. In many ways, Harlan County USA is a rallying cry for a country full of working men and women who need a reminder that they aren’t in this alone. One of the most memorable interactions in the film is between a picketer and a police officer assigned to watch over the protest. A group of the miners have gone into the city to picket directly outside Company headquarters. The two men compare stories, and the cop not only sees how the miners are being screwed, but also how ridiculous it is that he’s watching over them and not the fat cats who are essentially robbing them of their labor. Who knows if these two would have ever met otherwise, but whatever gap is between them closes as soon as they forget where they came from and start a conversation. 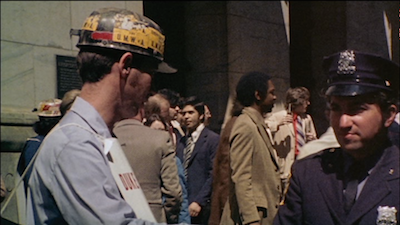 And that’s all that is needed, a start to the conversation. Which is what Harlan County USA has always been and will continue to be. Given how the media is so often vilified as being out of touch and our current administration makes noise about putting restrictions on the new, here is an example of how important journalism can be to spread the word. When the Company spokesman stands at a podium and lies about the causes of black lung, it requires a journalist to expose the lie. The only ones here that have cause to fear the camera being trained on them are the ones ready to do wrong. Then and now: different but the same. 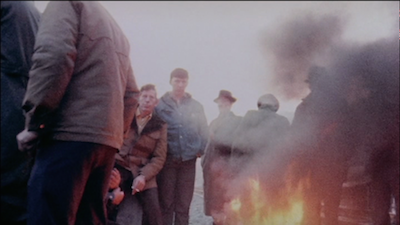 This razor is amazing for trimming down body hair and pubic hair and select my shaver then running a close shave razor thru. You could only run the razor but I like close shave so I run a regular razor after it just so my skin is smooth.

Moreover, he helped repair my stovetop given that the pair burners had not been heating. Amazing task! cbd pain relief

The use of this internet site has been a first-rate experience and has furnished incredible effects as well! Recommended for all! Crypto Venture Capital

I'm in no doubt coming back again to read these articles and blogs.
Starwars Casinos

You’ve done an incredible job. I will definitely digg it and personally recommend to my friends. I’m confident they’ll be benefited from this website.| 스포츠토토탑