“We cover the news, we do not manufacture violence.” 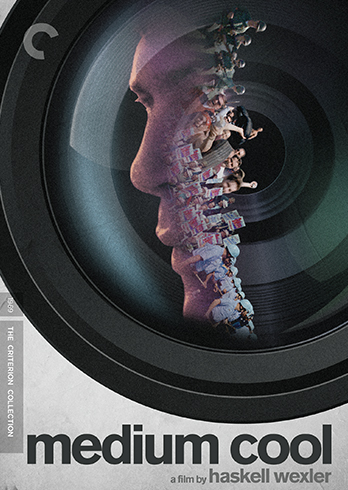 Haskell Wexler was already an accomplished cameraman in 1969 when he picked up the device for himself to write and direct Medium Cool, a film that dissects his own vocation while also challenging the social mores of the late 1960s and the role media was playing in the shifting cultural landscape. The technique he employed was audacious, combining cinema verité with the emerging gonzo American style, predicting both 1970s Hollywood filmmaking and the more current intersection of citizen and celebrity.

Medium Cool follows John (Robert Forster, Jackie Brown), a cameraman for network news who is always on the go, always on the hunt for a story. While John has political interests--he sees the importance in reporting protests and racial incidents--Wexler doesn’t prop him up as a do-gooder or a saint. From the start, he is part of the machine. Medium Cool opens with John and his partner (Peter Bonerz) filming an accident on a freeway off-ramp. The carnage is exclusively theirs, and to protect their scoop, they only call for an ambulance after calling “cut.” John may aspire to report more important stories, but he’s not above exploitation when it suits him. (And this, some four decades before Nightcrawler [review].) 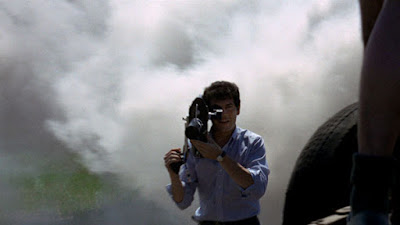 And he’s not always conscious of it, either. As Medium Cool progresses, John will find himself confronted with the real lives on the other side of his camera lens. For instance, after filing a story about an African American cab driver (Sid McCoy) who dutifully turned in $10,000 left in the back of his taxi, only to have cops accuse him of skimming off the top, John tries to dip into the well a second time for a “human interest” story. Not only do the black militants that the cabbie associates with reject John as a civil rights tourist, but the cabbie tells him how drastically being a cause célèbre has upended his life. John quickly proves himself to be every bit the voyeur they accuse him of; he fails to listen to the other side with anything but an opportunistic filter.

It’s only happenstance that pushes John out of his bubble. When he mistakenly thinks a young boy (Harold Blankenship) is trying to rob his car, he ends up meeting the kid’s single mother (Verna Bloom). The woman, Eileen, has a matter-of-fact way about her that compels John to listen. Romantic interests emerge. 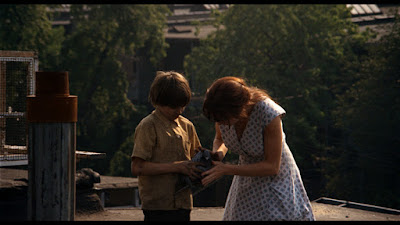 For as linear as that basic story description sounds, Wexler does not plot it out like a romantic comedy or even a soapy drama. Medium Cool breaks from conventional narrative structure. It is episodic and immediate, blending documentary footage with the fictional scenario in a way that is more stream of conscious than it is cause-and-effect. In some cases, like the 1968 Democratic National Convention in Chicago, Wexler puts his actors in the mix alongside real politicians and punters; in others, he re-creates the historical moment. In one particularly chilling scene, his camera pans across the staff of a hotel kitchen while they go about their jobs. Bobby Kennedy can be heard giving a speech from the next room. The context sinks in slowly. This is the speech where Kennedy will be assassinated. The sequence ends with the shots ringing out, and Kennedy’s staff bursting into the kitchen, but cuts before we see anything. The comment this juxtaposition makes is sharp: Wexler asks us to consider the normal people around the scene, to think about how their lives are affected, rather than gaze at the blood and guts of the tragedy. Then again, if Medium Cool is asking whether the media encourages violence, is this scene telling us that violence will happen whether they are there to chronicle it or not? 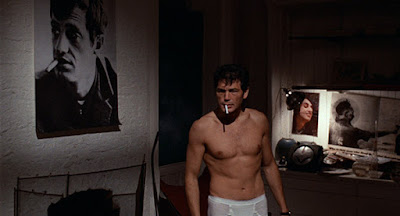 Despite being a cinematographer of some renown (he shot Who’s Afraid of Virginia Woolf? and In the Heat ofthe Night before Medium Cool, and One Flew Over the Cuckoo’s Nest [review] and TheConversation after), Wexler isn’t precious about his shots. He is more concerned with the extraneous details--shooting feet rather than faces, for instance, in order to capture the mud and the muck--and the immediacy of the moment. This only serves to aid in the erasure of any boundaries between truth and invention. If the staged actions are as unpolished and unpredictable as the footage of real events, then how do we tell which is which? As one of the black men tells John, “You have to be alive to be honest.” Wexler is putting this to the test. He wants his cinema to breathe deeply.

Medium Cool is a politically charged movie. It’s frank about race and class, and how both are represented in the media. Sadly, there’s not much said here that wouldn’t apply to now. Much of what should be passé or even comical remains unchanged over 40 years later. A scene featuring middle-aged white women learning how to handle guns at a shooting range as a response to the civil unrest all around them is perhaps a bit too prescient. Likewise, a humorous segment about how the military are practicing violent crowed control techniques appears tame next to the militarized police deployed to political demonstrations in recent times. Medium Cool is as much about 2015 as it is 1969. 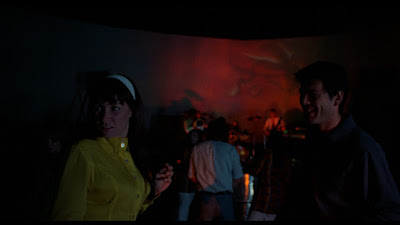 Which isn’t to say it isn’t of its time. The interlude at a psychedelic rock concert, be it real or no, almost plays as parody, as does much of the hip lingo. That said, Medium Cool is embedded in the zeitgeist. The aesthetics have much in common with Easy Rider [review], which was released the same year. In fact, one could make a case for the two films having the same ending.

This doesn’t make Medium Cool any less incisive. On the contrary, it’s at its best when it critiques itself. Or is it when Wexler critiques himself? John is no less closer to the truth when he and Eileen go to the convention. He is still too much of an insider to see what is going on outside. Quite literally. He’s working his way through the crowd in the hall, while she is outside with the protesters, putting her in harm’s way when violence breaks out. 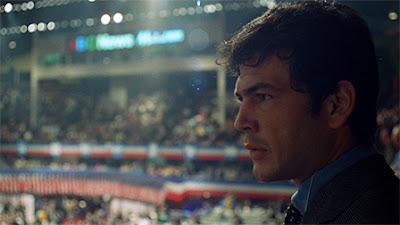 In watching these moments, of the actors interacting with the activists, we must consider Wexler’s central query. Is he just as guilty as his protagonist for chasing the story? Is this film, by invading and portraying true events, altering those events by being present? Does showing it transform the happening? And by doing so, do we end up like Eileen and John, a part of the lie and unsure of whether or not we’re still truly alive? 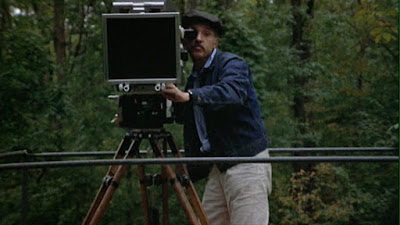