“You’d think loneliness was some kind of luxury.” 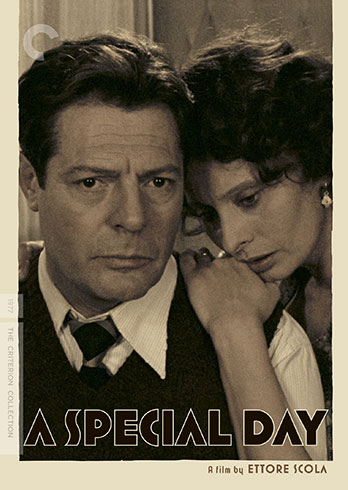 It’s fascinating watching countries grapple with their own troublesome history, particularly when the events in question aren’t yet that distant in the past. We can already see it in some of the early American films about both wars in Iraq. Consider how formless and lost ThreeKings and Jarhead were as the first out of the gate, or the polarizing aspects of American Sniper [review], which I still think was most interesting when it was the least political.

I’m sure I’ve written about this before, but this use of art to sort through the guilt and wreckage of wartime politics and, in a sense, a national defeat, was a major factor of the Neorealist cinema, including, of course, the great films of Roberto Rossellini, who portrayed the anti-fascist resistance [Era notte a Roma] and also tried to show the everyday life of Italian citizens living under Mussolini in many of his releases during the 1940s and ’50s [like these]. Though following many years on, director Ettore Scola picks up that thematic torch for his 1977 film A Special Day, a potent drama grounded in the lives and homes of two very different people.

A Special Day is set in the late 1930s during Hitler’s visit to Italy to meet with Mussolini and the fascists. All Italian citizens are expected to turn out and greet the visiting dictator as he tours their streets in a grand parade. Left behind in a towering tenement is beleaguered housewife and mother of six, Antonietta (Sophia Loren). An escaping mynah bird leads to a chance encounter with a neighbor across the courtyard, a depressed bachelor named Gabriele (Marcello Mastroianni). Unbeknownst to Antonietta, Gabriele is on his own because he is an antifascist who has been fired from his job due to his political beliefs. An intellectual and effete, Gabriele sees little hope in a life under fascist rule.

Perhaps sensing a similar loneliness in the housewife, Gabriele turns up on her doorstep seeking coffee and conversation, and risking scandal from the spying landlord. Over the course of their day together, they get to know one another, crossing a divide that is greater than their courtyard: Antonietta is a true believer in the current regime. 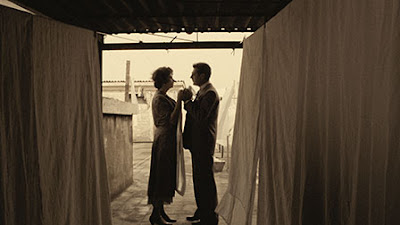 A virtual two-hander, the success of A Special Day relies entirely on the chemistry of its stars. Fortunately, Mastroianni and Loren had a tremendous and deep working relationship that had started many years prior and included several films in collaboration with Vittorio De Sica, including Marriage Italian Style [review] and Sunflower [review]. The pair was always comfortable and natural in each other’s presence, and are overdue their distinction as one of the great screen couples of classic cinema. Their experience infuses this first-time meeting of their characters with something uncommon. Gabriele’s confidence, Antonietta’s nerves, their mutual need for acknowledgement--there is a gravity connecting them immediately. There is little hint, at least initially, that their attraction is sexual or romantic, though Antonietta wouldn’t mind a single man desiring her again. Loren may be a sex symbol, but she is such a strong actress, she was also able to internalize the dowdiness required here in a way that goes beyond wardrobe and make-up. Any time her natural beauty starts to peek through the façade, she manages to wrangle it back down.

Scola, who was a credited writer on 1962’s Il sorpasso and also co-writes here, opens his film with a lengthy newsreel that sets up the events of the day. It features voiceover commentary that carries through the narrative, heard throughout the tenement on the radio as the pomp and circumstance blooms. Scola and director of photography Alfio Contini (The Night Porter) dial the color way down, pumping up the browns, matching the documentary footage and giving A Special Day a faded, sepia-toned sense of authenticity. This aesthetic--and the isolated location--give the movie a feeling of immediacy, and despite a visual technique that might, in other cases, seem distancing, uses the familiarity of memory and the closeness of the sets to create intimacy. A Special Day feels less like a film we observe than it does one we actually participate in. 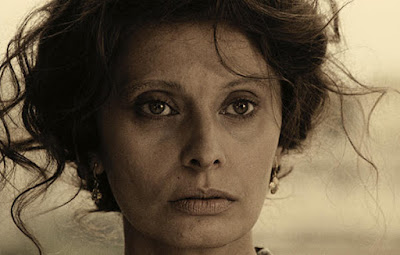 This distinctive touch is given particularly nice treatment in the new high-definition restoration and Blu-ray transfer, but the relevance of the situation would communicate regardless of image clarity. A Special Day seems particularly crucial as a rediscovery today, when the political divide that splits many nations is so strong, there seems to be little by way of common ground. Or at least empathy and common understanding. There is a beautiful image midway through the movie where Gabriele sits at his table eating an omelet, and Antonietta stands outside the kitchen, on the opposite end of the frame, deciding whether she will join him. There is a wall between them, and by its placement within the image, we feel a great distance, despite the actual proximity of the two figures. Scola effectively erases it, the next cut being the pair at the table together. No one had to cross the divide. They were already there. They break bread while, in the background, two oppressive powers celebrate their union.

Because, in the end, it’s not about dogma or ideology or belief, it’s about human contact and the essential longing within all of us. As we learn more about both participants, other secrets are revealed, other more defining aspects of their personalities that make them different, but also essential to who they are. Gabriele has a particularly powerful revelation to make, one I will leave to your discovery, even though it may be far more obvious to modern eyes than it was 40 years ago. The real reason he is in exile should only add a bigger wedge between him and Antonietta, but instead it underscores how they suffer the same feeling of alienation and have the same requirement to be needed. Mastroianni gets to slowly unleash, his quiet confession turning to external rage, but Loren gets a more subtle, more fragile chance to reveal Antonietta’s weakness. She may not have lost her “job” the way Gabriele did, but she is not valued as a person all the same. Her husband, as it turns out, sees her as a servant and a baby factory (one more kid and they get a tax break for being a large family!), making the betrayal that he is cheating on her with an educated woman doubly heartbreaking. She has thoughts and feelings, too, but no formal outlet to express them. No wonder, we realize, she was drawn to Gabriele. Their whole second meeting is predicated on his insisting she borrow a book, a copy of The Three Musketeers, because it would never occur to him that she wouldn’t have an interior life in need of nurturing. 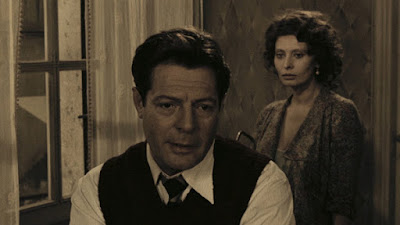 It’s important to note that, despite the ease with which we will automatically take sides in A Special Day, Scola offers no extra commentary on the citizens who support fascism. Antonietta does not change her mind in the end, and there is no profound transformation a la the anti-Semitic old man coming to love the young boy in Claude Berri’s The Two of Us [review]; even so, as the movie closes, we do see that she has been moved by her new friendship, even if, tragically, she is stuck in the life she lives, and still required to fulfill her “duty.” The day may have altered the hearts of two individuals, but the collective still dominates. 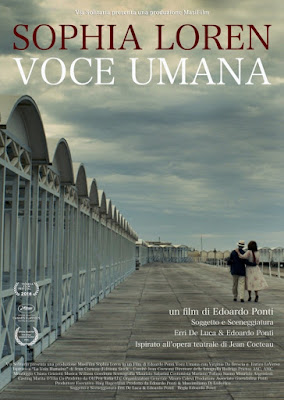 It’s kind of weird to jump nearly four decades from A Special Day to 2014’s Human Voice and see Sophia Loren in her late ’70s, but the pairing is fitting in that both of the characters she plays are solitary women at a loss for love.

Human Voice is a short film adapted from Jean Cocteau, and directed by Loren’s son, Edoardo Ponti. Loren stars as an older woman waiting in her home for her regular Tuesday rendezvous with her lover. Over the course of several phone calls, it becomes apparent that he won’t be coming that evening, and that the affair may be at an end. 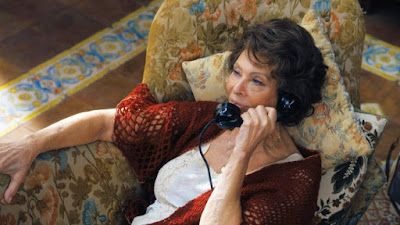 It’s a great showcase for the actress, and a great gift from her son to create it for her. Age has done nothing to dull Loren’s onscreen presence, and the forcefulness and honesty of her performance here is remarkable. The device of having a one-sided conversation over the phone allows for Loren to undercut her own vanity and to be vulnerable. At first, the telephone line allows her to lie, to hide her true feelings and situation, only to open up as the day progresses, and then to break down completely. As emotions flare and implode, it’s heartbreaking, and would be so even without Ponti’s short cutaways to other scenes--the lovers together, the woman waiting outside the man’s house, etc. They work, but the context is unnecessary. Loren gives us everything we need to know. 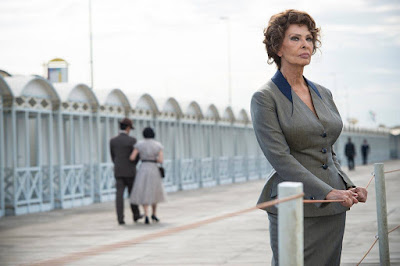 The movie was provided by Criterion for review.