WHEN HORROR CAME TO SHOCHIKU: THE X FROM OUTER SPACE - ECLIPSE SERIES 37 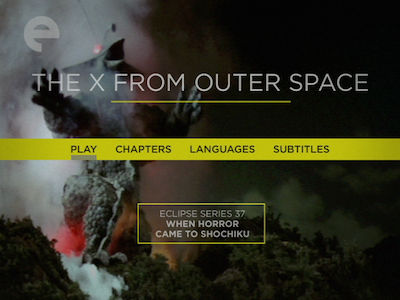 It wasn’t my intention to watch Ridley Scott’s new film The Martian on the same day as The X from OuterSpace, the 1967 Japanese sci-fi monster flick directed by Kazui Nihonmatsu, but it made for a funny little double-feature. Accidental symmetry.

In Scott’s film, Matt Damon plays an astronaut on a mission to Mars who ends up stranded on the planet after a dangerous storm forces his crewmates to leave without him; in The X from Outer Space, the leading film in the Eclipse set When Horror Came to Shochiku, the Japanese expeditions to Mars suffer from a pre-emptive peril. Namely, something is destroying their ships mid-journey. 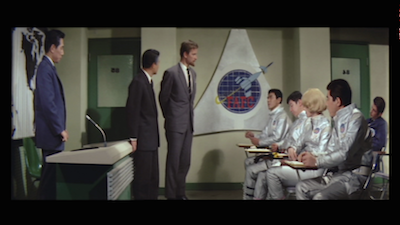 Thus it is that the AAB-Gamma is launched with a three-man, one-woman crew to try to find out what’s going on. They acknowledge that this is kind of a risky solution because why won’t the hypothetical UFOs also destroy this “astroboat” and all who sail on her? Never mind, this is science and bravery!

The X from Outer Space is fun and ambitious, while also clumsy and strange. Plot points don’t always connect, nor do the explanations for what is happening at any given time. Nihonmatsu’s picture, which was heavily guided by Shochiku, Japan’s second-oldest film company, is clearly designed to hit certain popular trends. Its rubber-suit monster, Guilala, is little more than an alien cousin to Godzilla, and would be perfectly at home on Monster Island. Its sci-fi setting seems a little too late for the 1950s space race pictures that Hollywood gave us (The Day theEarth Stood Still, Invasion of the Body Snatchers, Forbidden Planet), but it provides the movie’s best segments. While Guiliala’s stomping around miniature cities and battling off toy armies is pretty silly, the outer space effects, particularly the AAB-Gamma itself, are kind of cool. Someone had fun building those ships and making them fly. 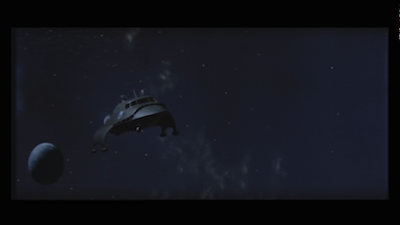 There are also some intriguing character dynamics, namely between the two women in the movie, blonde American Lisa (Patricia Neal), a biologist that is part of the Gamma flight crew, and Japanese astronaut Michiko (Itoka Harada), the ship’s main point of contact at the extensive moon base that serves as a pit stop between Earth and Mars. While Neal’s casting seems like a cynical ploy to appeal to certain audiences (no need to cast Raymond Burr in the American version!), the dynamic between her and Michiko is kind of fascinating. They are friends, but both share a certain affection for Captain Sano (Shunya Wazaki). Michiko’s annoyance at Sano’s blind indecision is obvious from her first scene, when she blatantly cold-shoulders him. 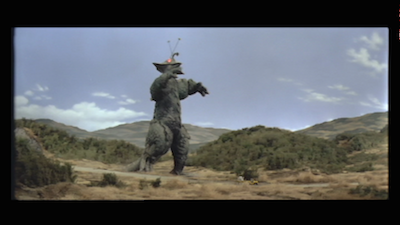 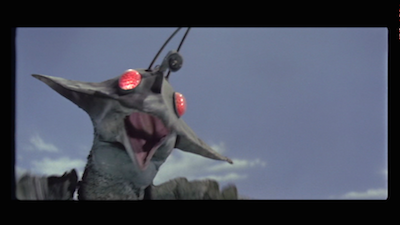 But Lisa is not the only white face in the cast, and though The X from Outer Space’s warnings against dangerous science are muddled (we are far afield of the original Godzilla [review]), one could interpret the presence of Americans in a variety of ways, reflecting the difficult relationship between the Japanese and the occupying forces following World War II (see also: Suzuki’s Gate ofFlesh). On one hand, the helpful Dr. Berman (Franz Gruber) is a symbol of international cooperation; on the other, the reluctant astronaut Dr. Stein (Mike Daneen), is a boorish complainer who only does what’s required of him begrudgingly. Everyone may have one purpose--figuring out how to destroy Guilala--but they aren’t always working together (once again, not dissimilar to The Martian). Though Lisa is instrumental in unraveling this riddle, spoiler alert, Michiko gets her man.

As commentary, it’s not very sharp; likewise, as speculative horror, there is zero that’s terrifying about The X from Outer Space. The film is schlocky fluff, but if it’s the kind of distraction you’re looking for, and if you’d rather crack wise than jump in your seat, than this little sci-fi curio can be entertaining. 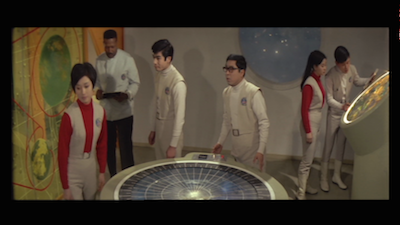