This short review comes from my old column for OniPress.com, hence the link to the excellent Capote in Kansas. It was part of a larger piece that also looked at a bunch of Val Lewton-produced movies. It was posted in conjunction with Halloween 2005. 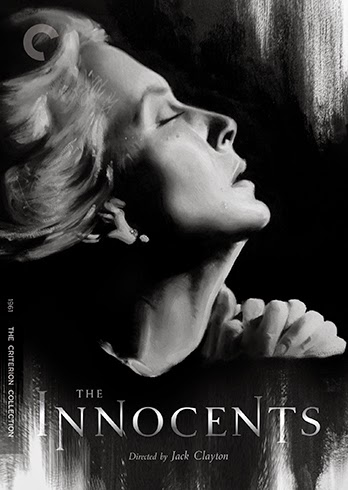 My first choice is one that should be interesting to Oni readers who tried this summer’s Capote in Kansas, because Truman Capote did some of the work on the screenplay. Released in 1961, The Innocents is Jack Clayton’s adaptation of the Henry James novel The Turn of the Screw. Keeping 19th-century England as its setting, The Innocents stars Deborah Kerr as Miss Giddens, a woman who has just started a career as a governess. Her first assignment is to take care of the orphaned siblings, Flora (Pamela Franklin) and Miles (Martin Stephens), on their uncle’s country estate. Before long, Miss Giddens realizes there is something strange about these children. They share odd secrets, enjoy a morbid sense of humor, and often wander the house unattended late at night. She also starts seeing apparitions -- the images of the groundskeeper and the preceding governess, who died as a result of an illicit tryst -- and Miss Giddens believes their malicious spirits are what have been compelling the children to act so strangely. As a result, the governess gets entangled in the age-old horror movie conundrum: is she going mad or is what she believes really happening?

The Innocents is heavy on gothic atmosphere. It uses the empty corridors and cold statues of the palatial mansion to cast a dark shadow over every event. Clayton establishes the creepiness from the first moment, with Flora singing the eerie melody that will become a motif in the film over a black screen before the 20th Century Fox logo even comes on. Everything starts in darkness. Once the logo has passed, it gives way to an amazing title sequence: Deborah Kerr’s clasped hands and her praying for the souls of the children. Kerr is wonderful throughout, playing her role with a heightened sense of dread and the anxiety of always being one step behind the action. Clayton makes the film even more tense by having everyone else in the house react to her with near indifference. They don’t disbelieve her, but they don’t actively support her, either. The audience always feels they know more than they are letting on. It all leads to a final confrontation with Miles that plays out in strange -- and dare I say, haunting -- ways. I shivered as the final title came onscreen. 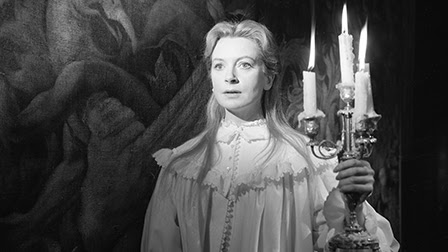 Saw this Movie when I was a student at the filmschool.
Interesting Movie!

Lugnet - "All The Way" Grindhouse Video!
Featuring: Christina Lindberg "Thriller: They Call Her One Eye" http://www.youtube.com/watch?v=u2luOuo5-iQ