“Love is a stream. It’s continuous. It does not stop.”

And sometimes it bears human wreckage on its currents. 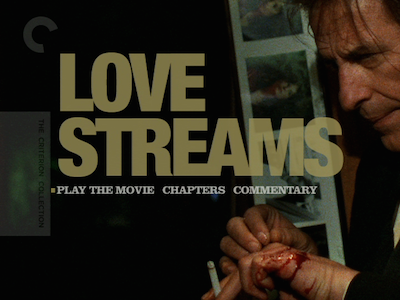 In 1984’s Love Streams, his final film as writer and director, John Cassavates stars as Robert, a novelist of some fame. An aging party boy, Robert keeps many women around at one time. As the drunken lout explains to his estranged pre-teen son on a disastrous overnight trip, a man has trouble sleeping alone. These are liaisons without connection, however, because Robert isn’t very good at reaching out. At the times he does during the movie, he tends to bungle it or stop short. If his stream isn’t dammed up, then it just flows according to his own selfish purpose. 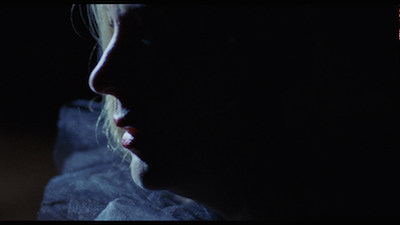 Elsewhere, Sarah is in the middle of a divorce and about to lose custody of her child. Sarah is played by Cassavetes’ real-life wife, Gena Rowlands, a regular in his films, the director’s go-to for the kind of fractured, unstable women that populate most of his screenplays. Sarah has had mental health problems, though one may surmise her biggest problem is maybe she feels too much. She has a habit of dragging her daughter (Diahnne Abbott) around to see sick people because she believes their cheery nature lifts the spirits of the ailing. The girl has had enough and wants to go live with her father (Seymour Cassel). This switcheroo casts Sarah adrift. A bit of a boozer herself, she takes some terrible advice to go to Europe and in search of sex. It’s when she comes back that she will seek out Robert and their true association will be revealed. 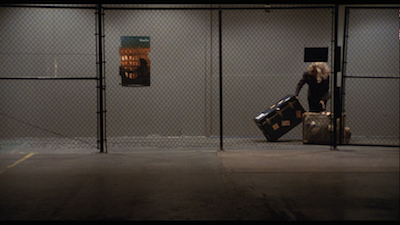 Up until this point, Love Streams is effectively operating as two movies. There is Robert and his girls and his domestic travails, and there is Sarah and her court battles and her wanderings. Amazingly, when they finally do come together, they basically cross and split. Sarah lands at Robert’s house, Robert takes his son to Vegas. Even then, Robert plays their relationship closer to the vest, to the point that current culture would likely label it a spoiler. There’s no real ta-dah moment, however, the magician does not lift the sheet and show us his lovely assistant; rather, the information just kind of trickles out when Love Streams finally settles down. 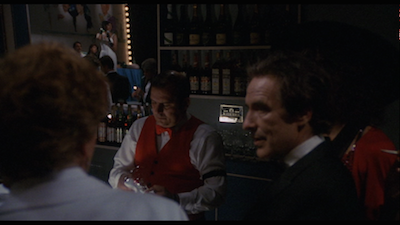 Robert and Sarah are brother and sister, the product of whatever warped environment would produce two such opposite beings. The man who can’t love and the woman who loves too much. Alone in the world, the two settle down in Robert’s house and try to re-connect. He attempts to be a rock for her, she strives to bring affection into his life. Her solution is to fill his house with animals, making Robert into a emotionally bereft Noah. The film’s final scenes see him running around in a ludicrous hat bringing the goat and miniature horse and fowl in out of the rain.

I would argue that this back portion of Love Steams is really its most substantial. It’s when the two characters are forced to grapple with their problems. Robert in particular embraces responsibility and tries to give his sister some stability. She is more resistant than he is. I’m not sure what to make of the fact that she spends the film’s last half hour sleeping it off while Cassavetes indulges in two ill-advised dream sequences/hallucinations. For a filmmaker revered for his realism to resort to working out these issues through fantasy seems like a cop-out. How is a musical number more effective than a tête-à-tête between his two main characters? I get that Cassavetes is revealing an irony, that Sarah is beyond reason and, despite being the one who loves, beyond repair, but this struck me as too disconnected itself. 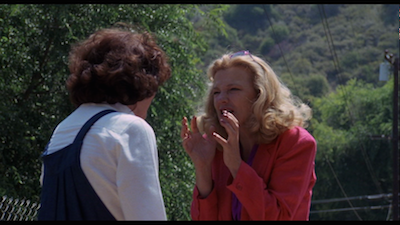 Such is Cassavetes’ jagged storytelling style, however. His films are often hard to fathom and even hard to take, as those who have struggled with the differing versions of The Killing of a Chinese Bookie or even Opening Night can attest. His narratives are rarely clean, and his expression as ragged as the fashions he outfits his actors in. Hence the choppy nature of Love Streams’ opening scenes, or the disconcerting shifts over time and even reality. In the filmmaker’s defense, he is striving to craft a cinematic voice that relies more on real life than it does motion picture history; I’d just argue he tries a little too hard here. There is almost a feeling of desperation to how it all comes together. Perhaps it’s because Cassavetes had been told he had less than a year to live just before starting it, maybe he needed a little more time to cook but feared he didn’t have it. 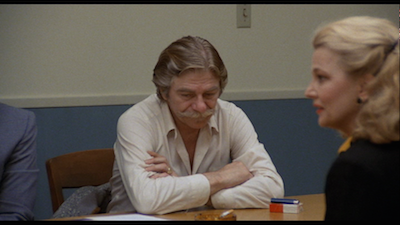 Love Streams is based on a play written by Ted Allan that Cassavetes had performed in several years prior. Here the two collaborators apparently attempted to bust the play apart and root around in its inner workings. This could account for some of the jumble. They are sifting through the parts rather than putting them back together. Love Streams works more as a performance piece than it does a story.

And what performances they are. The aging Cassavetes is a growling, wounded predator here, his weathered, leonine face at times contorting into a maniacal grimace, even as his sad, soulful eyes reveal a deep hurt. He doesn’t so much interact with his fellow cast as he does move around them, the creator and his creation melding, both orchestrating their own private world. It makes sense, then, that the bits that Robert can’t control are the most interesting. The material with his son (Jakob Shaw) has a palpable rawness that should chafe against old scars of viewers who are also children of divorce. And, of course, there are also the scenes with Robert and Sarah. One can sense the very real love between them, right from their first scene together, when Robert literally leaps into the taxicab to hug his sister. It’s the husband overjoyed to be working with his wife. 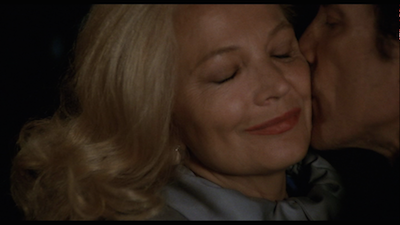 The pair draw much out of each other when they are interacting one on one. Their conversations feel unrehearsed, something beyond improvised, mimicking actual speech, delivered in the moment. Rowlands’ real bravura scenes, however, are when Sarah is on her own, manipulating the world to her needs, be it bullying train station attendants into helping her or seducing the man working at the bowling alley. That’s actually the best sequence in Love Streams, the time when the audience is compelled to react as part of the production. When the man behind the counter asks Sarah how she is doing, and she starts to unload, don’t be surprised if you find yourself thinking, “Oh, god, now you’ve done it...here she goes...” 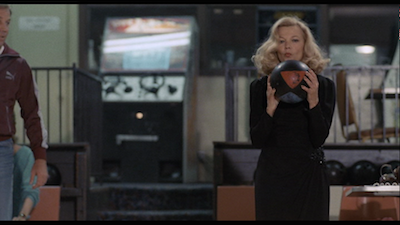 It’s the unvarnished power of moments like that one that makes Love Streams so fascinating, even if it’s ultimately unsatisfying. I felt challenged throughout the movie. Not just in that I was trying to figure it all out, but in that I was trying to stay with it, not to jettison from the experience, not to give up on these people who are alone and floundering. I suppose that is John Cassavetes’ greatest gift, the way he shows us that even if love and, by extension, life is constantly flowing, the true triumph is to not just let it carry us where it may, but in pushing against the current, to strive to be active in it and not passively drift. That was how he built his career, after all. He lived and died celebrating the different. 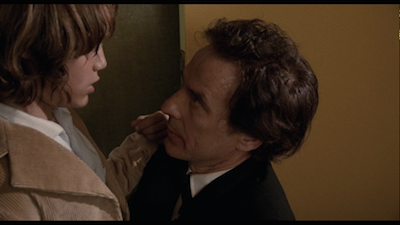 How was Diahnne Abbott's performance?Every film she's in seems "like a favor" to ex-husband Robert DeNiro.I've read a few reviews,none comment on whether she adds anything to the film.Is this yet another bit part that was made into a featured role?

Doug, that's a really good question. I found her an interesting screen presence, and it was cool to see a woman who didn't fit the usual Hollywood standard, but her performance was merely passable. I think an actress who could have held her own a little better with Cassavetes might have made the movie a lot better.