My reviews of non-Criterion movies from the last month: 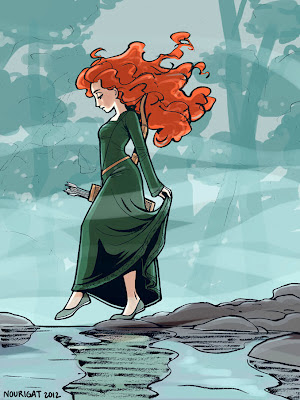 All artwork by Natalie Nourigat. Be sure to read her comic strip reviews of Brave and Prometheus.

* Brave, the latest Pixar hits the bullseye. Their first with a girl hero does not disappoint, even if the 3D does.

* Lola Versus herself, as played by Greta Gerwig.

* Magic Mike is coming from you. Watch out for his wand! Steven Soderbergh's latest is ridiculous fun.

* Moonrise Kingdom, a charming rumination on the divide between childhood and growing up from Wes Anderson. Wonderful.

* Prometheus: Now if only Ridley Scott could make a prequel to my disappointment.

* Seeking a Friend for the End of the World, a surprisingly emotional comedy about the apocalypse. Starring Steve Carrel, Keira Knightley, and a ton of funny cameos.

* The Innkeepers, a middling ghost story from Ti West.

* King of Devil's Island, a bummer of a drama set in a reform school in early-20th-Century Norway. 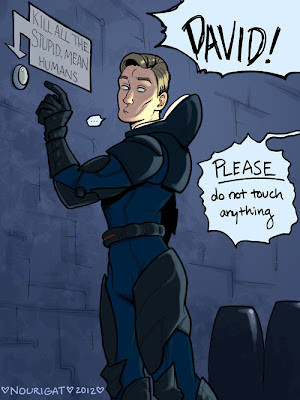