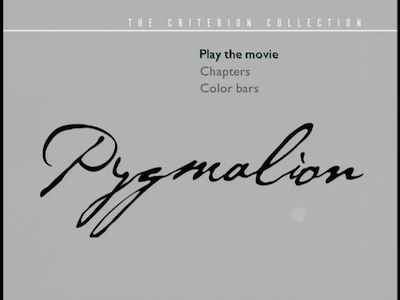 The most telling business in the 1938 film version of George Bernard Shaw’s Pygmalion comes about 2/3 of the way into the story, and it would be easy to dismiss as a throwaway comedic bit if you aren’t paying attention. Professor Henry Higgins (played by Leslie Howard, who also co-directed) is walking up his staircase, delivering what he assumes will be the last word in an argument. No sooner has he punctuated his sentence than he trips on the stairs and completely undermines the authority he has so tenuously laid out. Howard has a quick reaction before he gathers himself up and goes the rest of the way up the stairs, and in that nearly imperceptible instance, he sets the stage for the changes to come. In that moment, Henry Higgins experiences doubt in his own perfection.

It’s the cap of one of my two favorite scenes in the Leslie Howard/Anthony Asquith production of Pygmalion. Shaw’s play was based on the classic myth of the sculptor who chiseled his own perfect woman and brought her to life, and it would later be the basis of the musical My Fair Lady [review]. This brisk pre-War production is a better realization of Shaw’s original, however, sticking closer to the complex ideas. Indeed, it should, since Shaw wrote the screenplay himself. Pygmalion is a philosophical drama masquerading as a romantic comedy, and the Lerner and Loewe adaptation leans heavier on the light heart without working as hard to justify it. 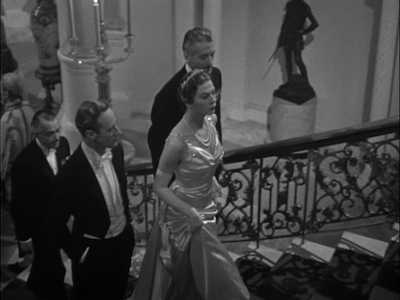 For the unfamiliar, Professor Higgins is a linguist who specializes in British dialect. On a night out observing Cockney accents in the wild, he meets both one of his more revered colleagues, Colonel Pickering (Scott Sunderland), and a common flower girl named Eliza Doolittle (the splendid Wendy Hiller in her first role). Higgins makes an offhand comment about being able to tame the girl’s wild speech to such a degree that anyone would believe her a proper lady, and though he thinks nothing of it after it is said, Eliza takes it to heart. She shows up at his house the next day and asks to be given elocution lessons. Higgins and Pickering do her one better, concocting a scheme to transform the lower-class working girl completely. 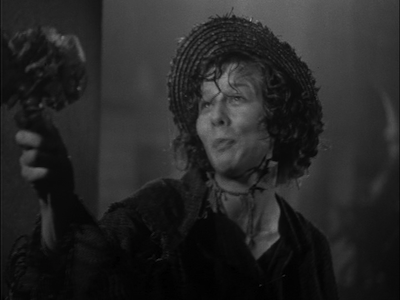 What follows is a grueling course of language lessons, makeovers, and etiquette classes, culminating in a night out where Eliza charms the upper crust. The point now proved, Higgins thinks his work with the girl is complete. She is distraught at having been abandoned so completely, having harbored feelings for her stern teacher. (I am sure someone has written on the father issues at work here; Eliza’s own father is a drunken lout (Wilfrid Lawson) who “sold” his daughter to Higgins for a five-pound note.) When she leaves, after having verbally gutted Higgins thoroughly and completely, Higgins realizes he has feelings for her as well. 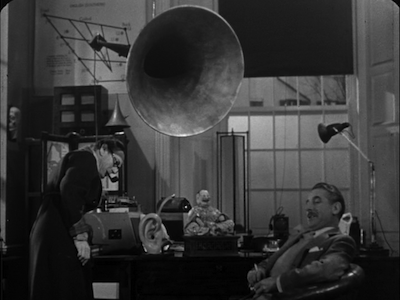 It’s actually that post-party sequence that ends in Higgins stumbling on the stairs. So many previously buried issues are dug up in that scene, it ends up being more memorable than even the heavier conversation in Pygmalion’s penultimate sequence, when the pair has it out for real. In this earlier argument, Shaw’s writing proves more agile. Higgins and especially Eliza say plenty of important things to each other without saying them outright, and the way they dance around touchy topics ends up revealing more about who they are than had they been more overt in their expression. Eliza very clearly sees the division between the classes and knows what is expected in less savory male/female transactions; Higgins dismisses the humanity possessed by others in deference to his own pride. Comparisons are regularly made between the Pygmalion myth and Mary Shelley’s Frankenstein, and Shaw is clearly aware of the thematic connection. He goes so far as to have Higgins refer to Eliza as a “creature” here. She is not human, she is an invention. The teaching montages are filmed at odd angles, distorted and exaggerated, partially comedic and partially macabre, looking like the heightened reality of a mad scientist’s workshop in a horror movie. Eventually, Eliza does feel marginalized, as if she is less of a person, and thus her anger stems from getting no credit for putting Higgins’ teachings into practice. He thinks the tutoring is the be-all and end-all, the student is as immaterial as the original corpse from which Igor has pilfered the body parts. 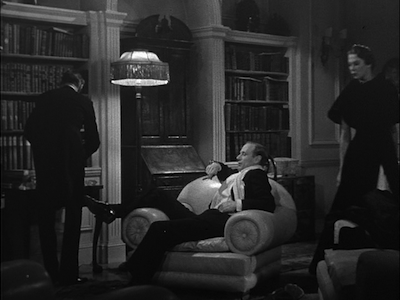 Were he not to trip on his way out, it would be impossible to see Henry Higgins as anything but a vain, self-important monster himself. In Pygmalion, hubris is undermined by comedy. This is most effectively employed in my other favorite scene. It happens much earlier in the picture, the morning after the night Eliza first comes to Higgins’ home. When he and Pickering sit down for breakfast, the professor’s maid (Jean Cadell) lectures Higgins on how to properly behave with a woman in the house. All of the faults that she highlights, including swearing, impatience, and slovenliness, are ones that Higgins has no self-awareness of, even if they are obvious to everyone around him (including the audience). It’s Higgins’ greatest fault: an oversized self-regard.

Leslie Howard is quite good as Higgins. He’s easily better than Rex Harrison, who is more known for the role due to My Fair Lady. Harrison’s portrayal was all braggadocio, with the actor seeming to approach the part from a position far above it. His ego wouldn’t let him stoop to the ugliness the role requires. Howard gets the puffery, but he also gets the pettiness. He’s particularly childish and nasty before he finally humbles himself. 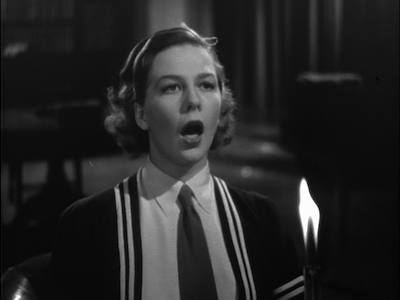 That said, the true star here is Wendy Hiller. She is marvelous as Eliza Doolittle. She deals with the early comedy quite readily, including a hilarious scene when Eliza gets her first real bath, but without ever condescending to the character. In her hands, Eliza is a pure being with admirable intentions: to make herself better. Her determination gives over to efficiency, and she proves how valuable she can be when given the proper respect and the proper tasks. (One wonders how this escaped being an example seized on by Betty Friedan in The Feminine Mystique

.) Her breakdown prior to her departure from Higgins’ house is heartbreaking--all the more so for the lack of histrionics. She approaches this perceived failure with the same determination she used to chase success. 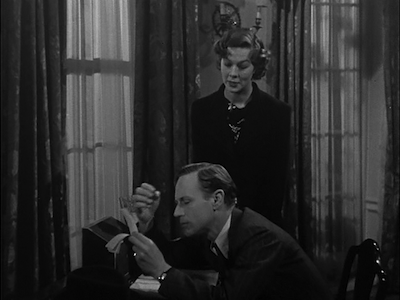 This initial confrontation and the showdown that follows are both meaty and rich with ideas. The last “big” scene in Pygmalion shows the creation dismantling her creator piece by piece. Theirs is a layered argument, and one that you will likely end up conflicted about. There is no cut-and-dried meeting of the minds. Eliza asserts her independence and equality, and Higgins both accepts and applauds the same. He also maintains his own responsibility for her metamorphosis. She couldn’t have gotten there without him, and getting her there, ironically, has made him dependent on her. (A good modern analogue for this might be the dynamic between Don Draper and Peggy Olsen on Mad Men, particularly when considering the events in Season 5. Maybe, also, the film Secretary [review].) They acknowledge the common ground, they reaffirm their individual rights to traverse it, and then and only then can they come together under some semblance of love. What makes it interesting is that, in a way, they do this in order to accept more “traditional” roles of a male/female dynamic. The last line of Pygmalion is Higgins insisting that Eliza fetch his slippers, the ones that earlier she threw at his head. He doesn’t even look at her when he says it, and yet she’s happy to receive the command. It’s simultaneously conformist and iconoclastic. Rejection of a way of thinking opens the way to accepting it.

Both have grown and are happier for it, and they are now free to be who they want to be and, better yet, be that together. 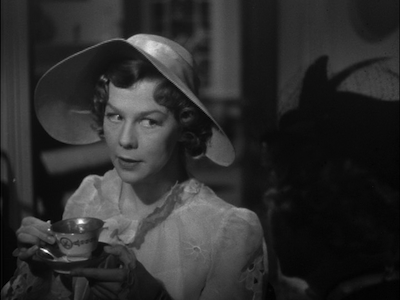