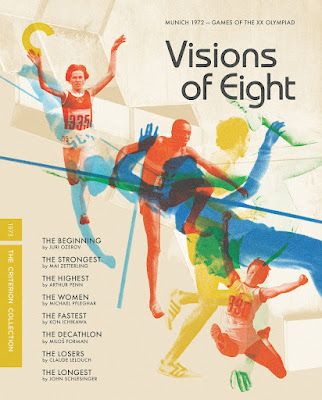 Someone asked me this morning if I had watched any of the Olympics, and I replied “No, but that reminds me I have an Olympic documentary at home to watch and should probably give it a spin.” The fellow asking gave me what I admit was an appropriately perplexing look in response. A contradiction maybe only cinephiles understand. I won’t engage in the Thing but I’ll watch a movie about that Thing.

Sports movies are probably high on the list for this situation. Why do I not enjoy watching or playing sports but I’ll take a boxing or football movie any given day of the week? 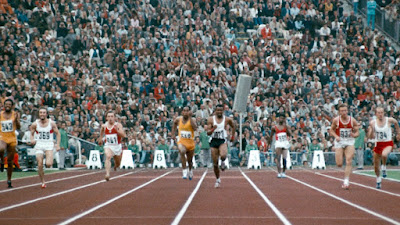 Criterion has re-released 1973’s Visions of Eight just in time for the delayed 2020 Olympics; now labeled 2021, the XXXII Olympiad may seem like it’s full of strife, but keep in mind, the XX games back in ’72 are the games where Palestinian terrorists killed Israeli athletes, an incident only touched upon briefly in Visions of Eight. It’s backdrop for John Schelsinger’s segment, “The Longest,” as the attack delayed the marathon by a whole day. It’s hard to imagine what gets into a runner’s head with that extra day, and how it effects his race. That’s what intrigues Schlesinger the most: what does the long-distance runner face beyond the fatigue of body?

The Midnight Cowboy director [review] is the last to go in this anthology documentary, the 8th of the 8 in the title. Producer David L. Wolper (Roots) picked this octet of international filmmakers and let them loose to shoot what interested them, and each came back with their own snapshot of the Munich Olympics. The notion is that no one film can cover the whole event, so let’s slice it up and create a collage. Naturally, some of the shorts are better than others. Kon Ichikawa, no stranger to the Olympics, having set the standard for documentaries about the games back in 1965 with Tokyo Olympiad, is perhaps the most inventive here, chronicling one 100-meter dash by filming the race at 4X slower speed, isolating each athlete so the audience can track the contortions of body and face, and then showing the whole widescreen image, finally revealing who won. Each competitor looked like the victor on their own, but only one can get the Gold. 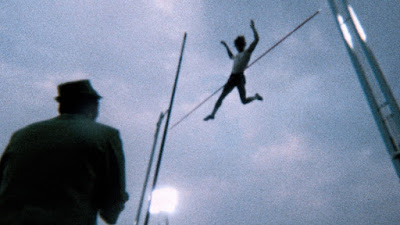 Arthur Penn (Bonnie and Clyde [review]) also gets inventive, tightening in and abstracting high jumpers in both success and failure, creating a montage of daring and defeat. Milos Forman (One Flew Over the Cuckoo’s Nest [review]) has the most fun, matching the decathlon events to musical performances adding atmosphere during and adjacent to the competition. And I suppose it takes a French director to blithely undertake “The Losers;” Claude Lelouch (A Man and a Woman) focuses on those who miss the mark and how they react to blowing it.

The weak link in Visions of Eight is something that only likely appears as such due to the passing of time. German director Michael Pfleghar’s segment “The Women” is the only one besides Lelouch’s to give the female competitors any time, and he spends most of it highlighting their clothes and how they prepare themselves (like, you know, primping their hair). There is a noticeable focus on mostly white faces throughout the film, as well, and though Visions of Eight is a product of its era and should be judged as such, it’s worth noting that even though Wolper tells you up front you are not getting the whole story, he’s not telling you how much you really aren’t. 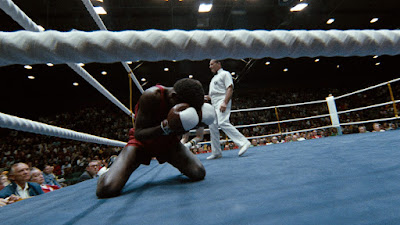 For those interested in the technical specs, Criterion does deliver Visions of Eight using a new 4K restoration that looks fantastic while maintaining the veneer of film stock used in 1972. Sound is also good, giving some nice punch to the occasional music by the great Henry Mancini. Extras include audio commentary by podcasters from The Ringer, a new documentary, and archival materials. 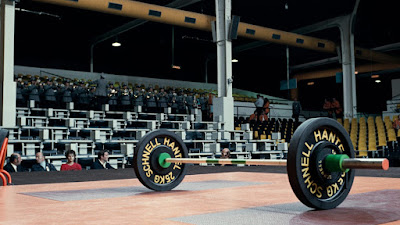 Note: This disc provided by the Criterion Collection for purposes of review.
Posted by Jamie S. Rich at 7:13 PM