This review originally written for The Oregonian in 2014. 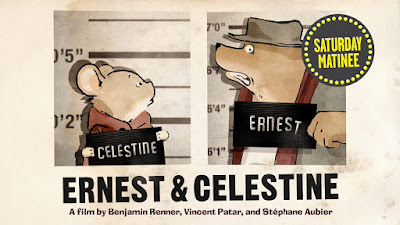 A bear and a mouse aren't supposed to be friends, but they make for a cute pairing in the French cartoon Ernest & Celestine.

An adorable animated adaptation of Gabrielle Vincent's popular children's book, Ernest & Celestine depicts a world of bears and mice where the two species have a lifelong fear of one another propagated by urban legends and fairy stories.

The main characters are an imaginative mouse who loves to draw and a layabout bear who loves to eat. They form a friendship based on their mutual outsider status.

The Oscar-nominated French feature captures the look and feel of classic storybooks, using a charming watercolor style to bring the clever tale to life.

Ernest & Celestine delivers a sweet message that should prove delightful to young and old alike. 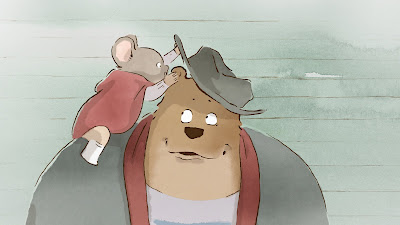