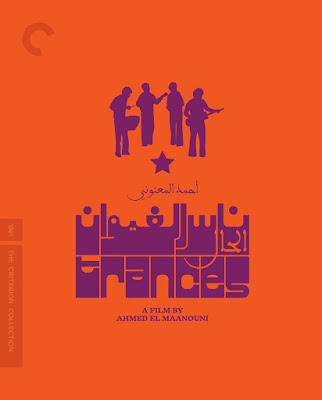 I watch a lot of concert films and music documentaries and found over the years, it doesn’t matter the band or genre, if the story is compelling and the filmmaking quality, I can get into it.

This hypothesis holds true with the 1981 film Trances, a record of the Moroccan band Nass El Ghiwane from director Ahmed El Maanouni. Nass El Ghiwane is a quartet that draws on a variety of influences, including Western instrumentation, but with their roots in local trance music. Their songs have more drone than melody, and their poetic lyrics and updated arrangements of classic Moroccan songs draw on homegrown legends and history, with a focus on the political and the spiritual. 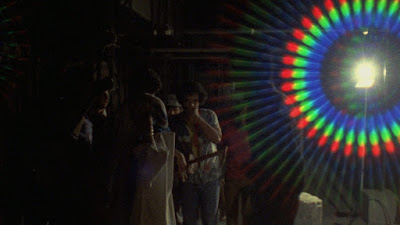 That’s a pretty wild bouillabaisse on paper, for sure, but it’s not so hard to grasp once you see and hear the band work--which is right from the jump. Trances does what the best music documentaries do and puts the band out front. At least half of Maanouni’s edit is performance, giving the unfamiliar a true sense of what Nass El Ghiwane are like while also showing how they affect audiences. True fans are also likely to be pleased, as the camera captures the group at their peak.

While the music itself is plenty easy to understand, Maanouni expands his lens to capture the conditions of their home country and also a bit of their day to day. Nass El Ghiwane have many of the same concerns as any subject of a VH-1 “Behind the Music,” including creative vision, audience reception, and money. They also have familiar personnel dynamics, particularly between two of its founding members, Larbi Batma and Omar Sayed. The former is earnest, passionate, and caught up in creative impulses, and the latter is always there to poke a sardonic hole in whatever he is saying. More than one scene shows Larbi storming off after Omar refuses to take him seriously, followed by Omar laughing and telling his bandmates a story that illustrates why he is giving Larbi a hard time. It’s like watching Jason Lee drive Billy Crudup off his rocker in Almost Famous. 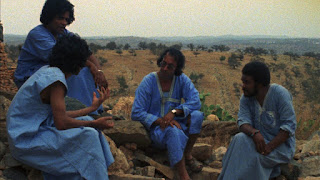 At the same time, Larbi’s seriousness is given its due. Nass El Ghiwane’s lyrics cover themes of oppression and struggle, while the transcendent nature of the music gives the audience a form of release. In Western terms, it allows them to rock out, though in the actual context of the music, the trance the songs inspire are more akin to the kind of letting go one gets from electronic dance music or gospel.

Regardless of how you interpret it, though, the experience will be familiar to anyone who has gone to a concert and just let go. Again, that is the beauty of Trances, it tells a relatable story via a universal language. 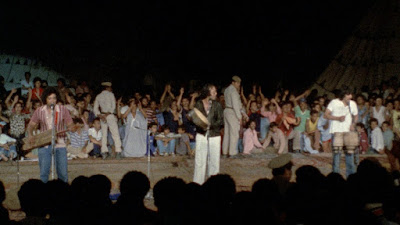 This movie is also available as part of the first set from Martin Scorsese's World Cinema Project.

Note: This disc provided by the Criterion Collection for purposes of review.