THE HAND - THE WORLD OF WONG KAR WAI

This review originally written as part of a full piece on the anthology movie Eros for my Confessions of a Pop Fan blog in 2005. 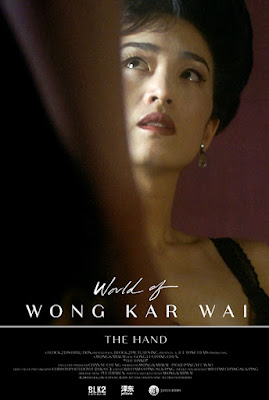 Anthology films have never caught on. Like comic books, the audience always seems leery of the shorter structure and fearful of the mixed-bag mentality. Still, every once in a while someone tries.

The most recent is Eros, a three-part film about love directed by Wong Kar-Wai, Steven Soderbergh, and Michelangelo Anontioni--all three style heavyweights, all three favorites of mine.

Wong's "The Hand" leads the pack. Some things I had read suggested that Gong Li's character in this is the same as in 2046 [review], but that doesn't appear to be true at first. The self-assured, successful gambler in 2046 bears only a superficial resemblance to the neurotic call girl breaking down in "The Hand." Then again, it may be that she becomes the character we meet in the other film at the end of "The Hand," when all we are told is she's finally getting a shot at success. It could also explain the glove fetish in 2046, and her refusal to divulge her past...so maybe they are the same after all. [2021 note: I clearly misread the ending on this viewing, as watching the extended cut on The World of Wong Kar Wai it was clear to me this time Chen Chang's character was lying. Not sure if it's just missing the point 16 years ago, a product of the original cut, or a fault of the Hong Kong translation.] 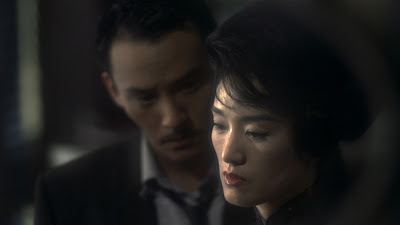 In many Wong Kar-Wai films, people are wanting to connect and can't. Usually social mores are standing in their way, and things they intend to say go unsaid, leaving them woefully separate. In "The Hand," much of the same divisions exist between the hooker, Ms Hua, and her faithful tailor, Zhang (a barely recognizable Chen Chang, whose look here echoes Tony Leung's in 2046). Even when they do reveal their feelings, they can't go all the way: their confessions are played off with a laugh. Yet, in their first meeting, a bond is formed, and a way for them to have a connection. The "human touch" becomes more than greeting-card metaphor, it becomes a real thing. In the first meeting, Ms Hua uses her hand on Zhang, telling him he must know a woman's touch to make truly beautiful women's clothes. She becomes his muse and the great love of his life. Something passes between them every time he measures her for a new outfit. He becomes her protector, be it from eviction or the onslaught of age (oh, the subtle lies of the man with the measuring tape!). Even when they finally kiss, illness prevents it from actually being on the lips--Ms Hua's hand remains the focus of their desire. 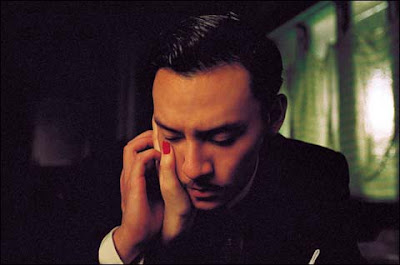