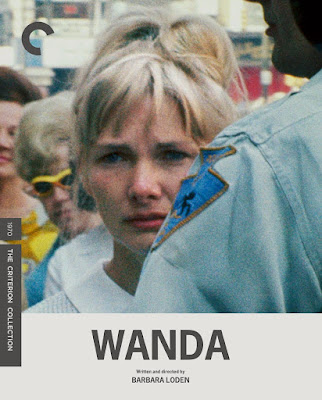 Wanda is one of those rare movies that can be called an “indie legend” and have it essentially be true. More talked about than seen since its 1970 debut, Barbara Loden’s single feature film blazed a trail of inspiration for female directors regardless of its availability. A reputation spread through awe and admiration? Legend! Bonus? Wanda lives up to the reverence.

Loden herself stars as the titular Wanda, a wife and mother who has little desire to be either. At the start of the film, her husband is in the process of divorcing her and taking their kids. That morning Wanda woke up on her sister-in-law’s couch, but once the judge agrees to the conscious uncoupling, all family connections are severed and that crash pad is no longer an option. So begins an aimless journey between different men, different hotel rooms, different handouts. Wanda’s name might as well be “wander,” because that’s what she does. There is never a shortage of men to take advantage of the attractive blonde, and she’s not really choosy either. 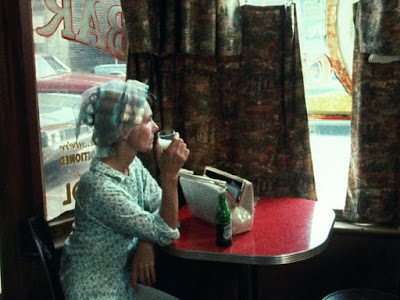 Wanda’s storytelling is slow, but deliberate. In some instances, a scene may feel long simply because Wanda is refusing to leave, knowing there is little alternative, her needs driving the edit. Such is the case when she meets Mr. Dennis (Michael Higgins), the man we see her with the longest. She busts into his bar after closing and ignores him when he’s barking at her to leave, and she further sticks around even after it’s clear he doesn’t own the bar but is robbing it, sucking Wanda into his fugitive lifestyle and ultimately enlisting her to take part in his crimes. In fact, he’s the only man who involves her in anything, forcing her to do the one thing she refuses to do--be involved. In a weird way, perhaps this is the closest Wanda gets to love, a man she lets keep her. A man who compels her to serve in the function of a wife, so to speak, and also to cross moral and ethical lines. Is this why she can’t willingly give him up? In the end, we can sense she has become dependent upon him, rather than the urge for freedom that drove her into his orbit. 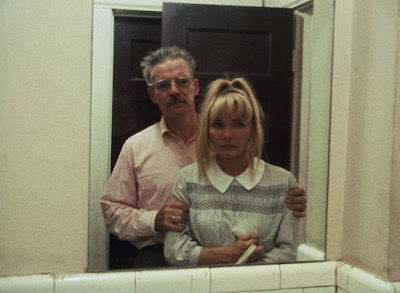 Barbara Loden is herself a bit of a tragic figure, her impressive rise cut short. A former model, she became an actress under the tutelage of Elia Kazan, who cast her as Warren Beatty’s sister in Splendor in the Grass [review] and whom she would eventually marry. Loden would die from cancer a decade after Wanda, aged forty-eight, her first film stuck in limbo, her second film adrift in development hell. Likely she never dreamed Wanda would experience a renaissance, much less this far into the next century, but the distance has not diminished the potency of her masterwork. Her vision for Wanda harnesses and upends the usual Hollywood standard for an actress’ worth. Desirability equals box office. Yet, both things are hollow. Desire is fleeting and selfish, and the more Mr. Dennis lets her stick around, the less of Wanda remains. Not that she shows us much to begin with. Loden never writes herself an expository monologue, she never lets Wanda open up about the things that bother her, never exhibits any drive but to refill her wallet and her belly. The closest we get is when the gruff crook interrogates her about the family pictures she carries with her, less interested in her past than he is in her future. It’s like a final quiz before he decides she can stick around, affirmation that she is a naked mannequin for him to dress and to manicure. Only his standards of beauty apply. 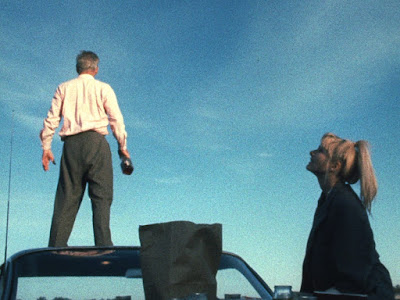 None of the men who interact with Wanda are worth a damn. For as calm as she tends to be, they are all nervous and agitated, driven by lust and anger. The closest we get to a good guy is her soon-to-be-ex-husband, who has already replaced her with another blonde, claiming it’s for the betterment of the kids. Maybe it is, we’ll never know. Actually, scratch that, the only good man to lend a hand is the old dude in the beginning who gives her some money. But is it any wonder then that he’s symbolically exiled? Wanda has to trek across a barren landscape to find him all alone amidst rubble and coal. 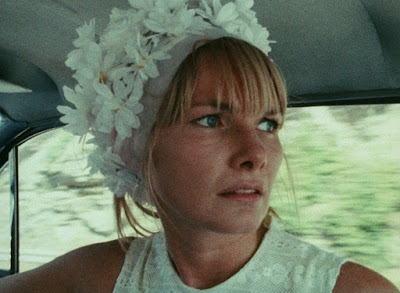 Not that Loden has made a man-hating polemic here. Wanda’s world is consistently isolated. It’s not until the movie’s final scenes that she does anything communal, and even there, she’s hiding among the numbers, not really one of them. Our glimpse of life outside her bubble is the bank manager who acts to protect his wife and daughters, someone who seemingly does the right things for the right reasons. Is this symbolic of what Wanda has discarded? How does it make sense that she has given up all family ties, yet also can never be alone?

For those who need an object lesson in the male gaze, Wanda serves as a great example of how one can critique said gaze while also effectively dismissing it. Imagine a hypothetical 1990s Hollywood remake starring Sharon Stone, how the camera would likely linger on her naked flesh the morning after every tryst. Loden doesn’t allow for any of that, never hands her camera to her male characters, not even when Mr. Dennis is complaining about her hair and make-up, sizing her up for his own personal tastes. The lens is always sympathetic to Wanda, lingering on her visage, capturing her reaction, her silent depression. It’s about her face, not her body. It’s telling, actually, that none of the men spend any time staring at her when she is in their bed, either. It’s as if they’ve already disregarded her presence. 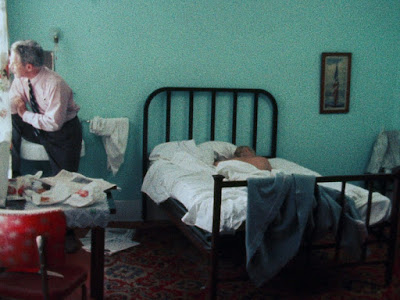 Though Barbara Loden never made another full-length motion picture, she did make a pair of educational films in 1975. One of them, The Frontier Experience, is included on this Criterion release. Loden stars again, this time as a dutiful wife who journeyed across the American terrain with her husband, only for him to be killed and leaving her to fend for their family on her own. It’s pretty dry, but it’s interesting to see Loden playing a woman who is a total opposite to Wanda: stoic, determined, and dedicated. 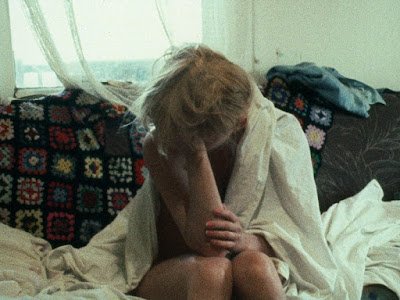 Also of note on the disc is I am Wanda, Katja Raganelli’s documentary about Loden, shot just before her death. It features a one-on-one with Loden, as well as footage of her at work teaching acting and at home, including an evening of reading poetry with family and friends, Elia Kazan among them. We are also treated to her career history, from her illustrious Broadway resume through Splendor and on to Wanda. Loden concealed her illness from I am Wanda’s filmmakers, adding more gravity to the serious, thoughtful conversation about her life and art. The centerpiece is a heartfelt, tear-filled confession about her relationship with her mother, and how that has driven her in her choices. 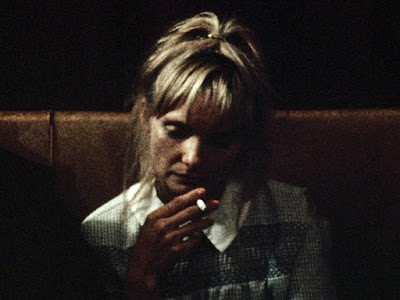