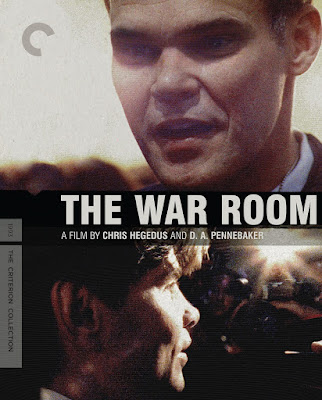 One of my favorite TV shows right now is the political news weekly The Circus on Showtime. Given the current climate, the inner workings of the government and the sniping between pundits and our leaders makes for good television, even if that’s about the only positive it pumps into the atmosphere. If nothing else, the clown show of the Trump administration, Congress, and all the rests is grist for entertainment. Comedy programs like The Daily Show or Patriot Act makes all the shenanigans more palatable, while colorfully infuriating characters like Roger Stone prove a perfect subject for a documentary.

At the same time, it’s all so exhausting. At the end of the initial testimony in Michael Cohen’s recent appearance before Congress, Representative Elijah Cummings, who chaired the proceedings, gruffly lamented the state of things and wished we could somehow get back to normal. I felt that, and as a result of feeling it, I wanted to remind myself of what normal looks like. 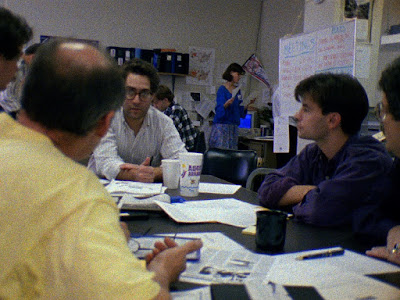 So why not go back to a more innocent time, 1993, and the documentary The War Room? The film, by Chris Hegedus and D.A. Pennebaker, follows the core of Bill Clinton’s 1992 campaign for Presidency. Run by George Stephanopoulos and James Carville, this successful bid for the White House was the first election I voted in. There’s plenty of nostalgia for me, a feeling that I was there when we all got it right, even if lately it’s hard not to have a little buyer’s remorse as more of President Clinton’s misdeeds come to light. (If you haven’t yet watched the multi-part The Clinton Affair, do so, and maybe chase it with Showtime’s Enemies: The President, Justice, and the FBI, which traces a pattern of corruption and illustrates how little changes over time; episode 4 also looks at the Clinton impeachment.) 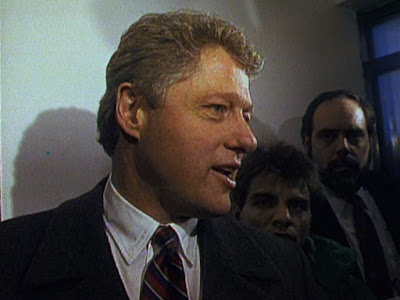 Maybe I should have picked a movie I had seen before or had been vetted for me. My expectations were way off. Though the scandal and vitriol of The War Room seems almost quaint in the era of “grab them by the pussy” and “bad hombres,” it feels far from normal. In fact, it may arguably chronicle the end of normal. Ross Perot, cable news, tabloid exposure, spin spin spin...was it the beginning of the end? James Carville now comes off as positively naïve when he gives his staff a pep talk imploring them to fight back against the smears, and predicting that if they do so successfully, it will end that kind of Republican vs. Democrat rhetoric for good. Little did he know that it would only make his opponents come back harder. And one has to wonder if that naïveté was not only shared by Stephanopoulos, but extended to their perception of all of Clinton’s poor choices. The baby-faced, smirking Stephanopoulos only shows a nasty side once: when he’s threatening a wag who has a list of Bill’s alleged extra-marital affairs. I can’t imagine George looking back now and being proud of running up that hill for his boss.

Then again, maybe one shouldn’t rehash The War Room for how things played out after. Hindsight isn’t really 20/20. It’s more skewed than that, adding a sharper focus. If there’s one thing abundantly clear now, it’s that this film is about a small group of true believers, of wonks coming together for a common cause, to put someone in power that they were sure was the right man for the job. And knowing that, watching them scheme and joke and hone their message is fun. It’s the fairy-tale prequel to All the President’s Men, when the Commander in Chief’s troops were willing to do anything to get him elected, and yet still had their scruples (seemingly; that’s the fairy tale part). 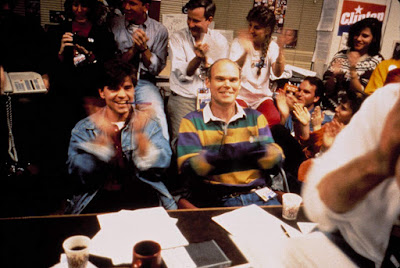 Though I am sure that Hegedus and Pennebaker had hours of footage to cull from, including blow-ups and catastrophes, they choose to build their film out of the smaller moments. It’s the mundane that captures their attention, the bemused looks on Carville’s face when George H.W. Bush is insulting his candidate in his TV, or the way they’ll spend ten minutes haggling over the best word to use in a comeback. I am not sure The War Room illuminates the electoral process in a flattering fashion. These minor skirmishes and petty strategies expose it as basically ridiculous, and running a campaign could be the oddest of odd jobs. 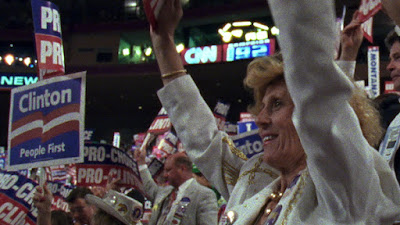 If there’s another thing for sure, it’s that no one will ever likely be able to make something like The War Room again. Everyone working on a major campaign, and especially Carville or Stephanopoulos, is far more media savvy these days. They would likely put on too many restrictions, spend too much time playing to the camera; essentially, with a reality TV has-been in the Oval Office, it’s hard not to see all politics as just another facet of the same reality TV that spawned him.

So maybe The War Room is more normal, after all, it’s just not entirely so. And, let’s face it, not much would remain normal in the decades since. Nor would anything be as compelling than the unguarded honesty of people too blind and determined to know better. 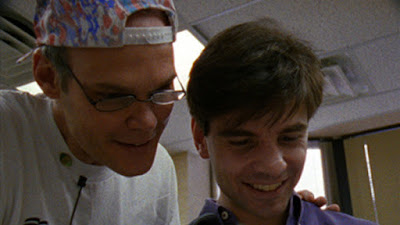