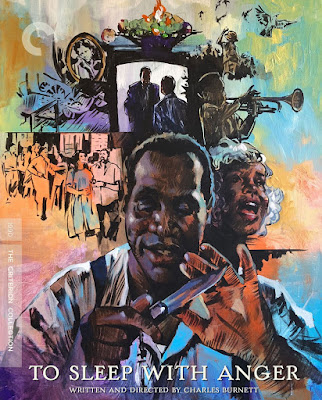 Sometimes a performance is so transfixing, it overtakes a mediocre movie and elevates it, even as everyone else seems to be operating at half speed. Such is the case of Danny Glover and To Sleep with Anger. No one who sees this film will forget Glover’s performance as Harry, the charming drifter who, even when he’s putting on his best, never seems to be at rest. There is something vibrationally wrong with this man, something that can’t be trusted. As one person describes him, he’s the moon, always eager to show his light side, but never forget that the other side lies in darkness.

To Sleep with Anger is the third film by Charles Burnett, whose 1978 debut, Killer of Sheep, is an important touchstone of independent cinema. There’s likely a lot to dig into when pondering why it took twelve years from that nervy initial effort to this oft-understated drama. (My Brother’s Wedding, released in 1983, sits between them.) The two are very different in tone, but similar in intent; in each, Burnett shows an unvarnished depiction of African American life that was, and arguably still is, rarely seen in cinema. Specifically in To Sleep with Anger, a middle-class family in Los Angeles, but one with deep connections to the traditions and history of its people.

It’s from this past that Harry emerges, having long been absent, to reconnect with his friend Gideon (Paul Butler, a regular on Michael Mann’s Crime Story [review]). Harry is a welcome sight for Gideon and his wife, Suzie (Mary Alice, who later played the Oracle in the Matrix movies), a reminder of old times. Harry brings with him all the shenanigans of misspent youth, and also all the superstitions that the younger generation are letting go. Gideon and Suzie have two boys, Junior (Carl Lumbly, The Adventures of Buckaroo Banzai Across the 8th Dimension) and Babe Brother (Law & Order’s Richard Brooks). As these things go, one brother is the responsible golden child, the other the eternal screw-up. They not only don’t have the same beliefs as their parents, but they lack a connection to the oppression that both binds the older generation and haunts them. Harry’s trips down memory lane serves to remind his friends of how things once were. 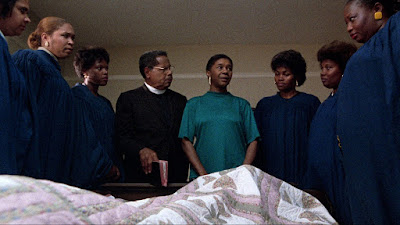 To Sleep with Anger is essentially a religious parable with Harry serving as a devilish  symbol of temptation. The longer he stays, the more he leeches off the family, and the more he lures Babe Brother towards a life of gambling, drinking, and grift. His presence serves to cause division in the family, and eventually takes a greater toll. Gideon grows ill, and it becomes clear that only one of these men can be in Babe Brother’s life. The path he chooses will essentially be choosing one man’s way over the other’s.

Burnett soft-pedals the religious themes, as he soft pedals just about everything in To Sleep With Anger. He never transforms Harry into a legitimate supernatural being, nor does he fully validate his superstitious rituals. In fact, one of the more interesting aspects of this narrative is how To Sleep with Anger allows room for both Christianity and folklore, with Gideon and Suzie mingling the two. 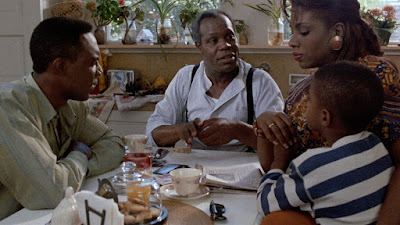 It’s possible that To Sleep with Anger could have benefitted from that added dose of magic, however. The stakes feel very low throughout, and some of the writing strays so close to a message-driven television movie--with the low-budget aesthetics to match--Burnett might as well have gone for it. There is never any sense of legitimate consequence. Neither Gideon nor Babe Brother seem under any real threat, and only Lumbly brings actual anger to the proceedings, giving Junior some genuine fury in his beef with the little brother that always coasts by. 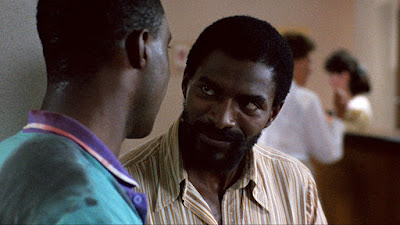 This might have also given Glover the sort of final scene his performance deserved. He’s all smiles and mysterious stories and seduction throughout, only to have his last scenes feature him capitulating and giving up. For a villain with that kind of tenacious charisma, he steps aside too easily, and it robs To Sleep with Anger of any sense of victory for its other characters. Then again, I suppose that temptation has always been more complex than making the good and moral choice, and that’s why it’s so alluring...and why the alternative can be this boring. 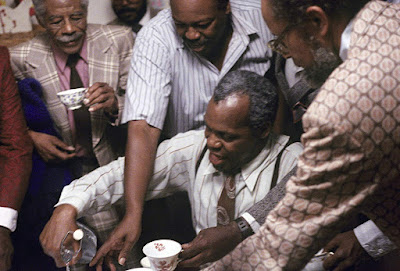