“It’s not time that they’re lost in, but perception.” 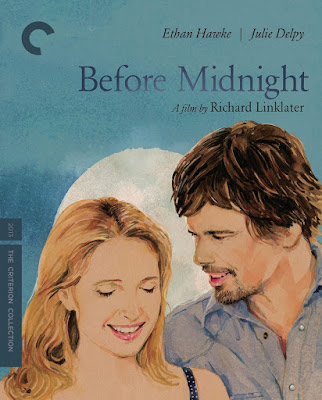 And perception is key to this review of Before Midnight, the closing chapter of the Richard Linklater’s Before Trilogy. I reviewed this film enthusiastically upon its release in 2013 [read it here], but I have not re-read that piece since re-posting it to this blog. Thus, I come to Before Midnight fresh, hot on the heels of watching and reviewing the first two entries (Before Sunrise and Before Sunset), building my impressions as I go. If I contradict my previous self in this outing, it’s to be forgiven, the product of time passing, personal change, and different perceptions based on where one sits at any particular moment.

Jesse and Celine, as embodied by Ethan Hawke and Julie Delpy, certainly sit in different places than we have seen them before. The kids of Before Sunrise searching for a meaningful life have found one. They are in what is probably a common-law marriage with children--twin girls from this union, and a son from Jesse’s former marriage. She is a successful environmental activist, he is a popular novelist. The movie finds them on a vacation in Greece, hosted by an elder statesmen of literature, sharing the time with three other couples. Before Midnight is the first movie of the Before Trilogy to open up and give us not just glimpses of Jesse and Celine interacting with others at length, but interacting with other people without each other. It breaks the mold, to a degree, but as with all the choices made across the three films, this is done with purpose: we have to see them come back together. The presence of others in their lives isn’t necessarily driving them apart, but there has to be a certain reminder of what it means for them to be together alone. 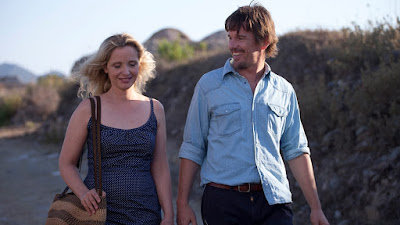 We probably should have braced ourselves for the melancholy at the jump. Before Midnight opens with Jesse dropping his son at the airport, sending him back to America and his mother. The child can only visit in summers and on holidays, and Jesse’s melancholy over the situation sparks a slow-burning argument about what he and Celine may want. She is faced with a potential job change, a step up in the political world but a surrender of sorts, since it will take her away from the small but effective campaigns that do a lot of good when they work. But, is Jesse’s suggestion of spending more time with the son really a suggestion that they uproot everything and move to America?

It’s the seed of what will become an argument in the second half of the movie. The first half shows them socializing with the other vacationers. The group is almost like a capsule of the Trilogy itself, with a young couple, another middle-aged couple, and then an older non-couple, a widower and a widow who show two sides of a future where you outlive your spouse. The discussion careens through these points of view, covering not just relationships, but technology, dreams, and memory. It’s happy times, with just an undercurrent of the animosity that will fuel the film’s second half, when Jesse and Celine go off on their own for a romantic night that turns into anything but. But first, we see them walking from the villa to the local hotel, a glimpse of the couple we have come to know, chatting and laughing and sharing ideas. They revisit old themes, like death and time. There’s a lot of talk about time, how it’s too slow when you’re young and too fast when you’re old. And how one marks its passage, how we measure the events of our lives. In some sense, the important happenings are still stretched out on the same continuum that Jesse proposes in Before Sunset, with the audience being blessed with the macro view, knowing that Celine isn’t entirely right when she says they have not changed at all, but also not entirely wrong. We’ve watched in a way they cannot.

There is an increased familiarity that informs Before Midnight: our familiarity with the characters and their familiarity with each other, but also the relationship between the performers and the filmmakers. There is a comfort here, and known tropes to fall back on, but also an even more natural rapport. Linklater and his actors are infusing their years together into how they portray the same level of time having passed between their avatars. Everything just feels right. Maybe Celine really is correct. There’s a consistency to their union we appreciate... 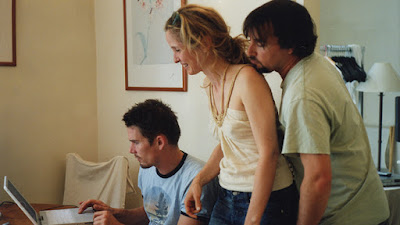 ...and that they doubt. If this is a couple’s midlife crisis, consistency is at the heart of it. Not just the boring or reliable stuff, but a consistency of mistakes, of character flaws, of foibles. Long-term couples always advise younger lovers that the secret to a relationship’s success is hard work, it’s not all magic. Before Midnight is a portrait of that. It’s actually kind of exciting to watch, mostly because we so rarely see this kind of relationship on screen. (Though Bergman comes to mind.)

It’s almost impossible not to watch Ethan Hawke’s Jesse at this stage and not think of his similar character in Boyhood [review]. The rock-and-roll dad who still wants to be cool, and thus appears unreliable, who lives separate from the child, but who means well. On that front, we also must consider Julie Delpy’s character in her own films, 2 Days in Paris [review] and 2 Days in New York [review]. She brings a lot of the same anxieties to that role, but amplified to the point of being alienating. In those movies you wish the couples would split; in the Before Trilogy, you wish they’d stay together. 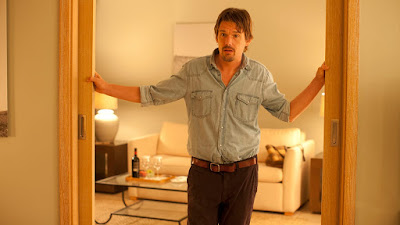 If they do, it’s still up to you. Before Midnight keeps the conceit laid out at the beginning of Before Sunset. How you decide the fate of Jesse and Celine depends on what baggage and beliefs you bring to the table. In this case, though, it’s not really a question of how romantic you are, but how much do you believe in true love, in a deep connection. Jesse practically says it himself in his casual reference to the Bee Gees. At the same time, I once again wonder how much of this was planned from the start. If it wasn’t, credit to Linklater and his collaborators for finding the clues he and Kim Krizan left for them in Before Sunrise. Remember that time travel concept Jesse uses to convince Celine to jump off the train with him? It’s ripe to make a return. Before Midnight seemingly ends, but really, it takes us back to the start, to the initial “will they or won’t they.” It’s time to take another jump...or get on separate trains.

It’s all down to your perception. And how you interpret the way Jesse and Celine have shared with you their own perceptions of the time they spent together. There is no right answer, no one single timeline from here, but one for each person partaking in the experience. 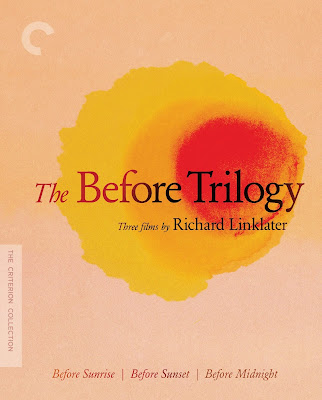