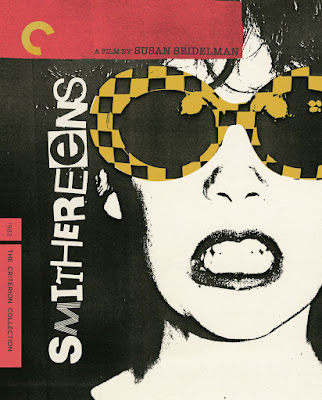 While 1970s American movies like Taxi Driver and Dog Day Afternoon gave us an indelible image of the grimy side of 1970s New York, it was the independent auteurs that followed that captured the more arty, anything-goes side of the city’s culture. Early Jarmusch, for instance, and even Martin Scorsese’s Big Apple follow-ups to Travis Bickle like The King of Comedy and After Hours.

Susan Seidelman is by far more in the Jarmusch camp. The New York of her 1982 feature debut Smithereens is the New York that gave us Basquiat and Madonna--with whom, of course, Seidelman would make Desperately Seeking Susan not too long after. Interesting people doing interesting things just for the sake of it, just because they thought New York was the place to be. New wave music and graffiti, striped skirts and checkered sunglasses, hustlers and poseurs--all of these are elements of Smithereens, and all make the film interesting, even if its story never quite finds the depth of its surroundings. 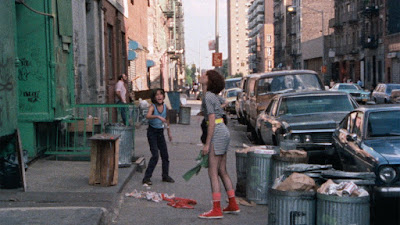 First-time film actress Susan Berman stars in Smithereens as Wren, a New Jersey ex-pat who is trying to blag her way into a rock-and-roll lifestyle. It’s never quite clear what Wren’s artistry encompasses, and likely she hasn’t figured it out yet either, but she plasters photocopies of her face around the city and pretty much barrels through anyone who gets in front of her. Forever the opportunist, she drags along fresh Montana-transplant Paul (Brad Rinn) to her night on the town when it’s clear he’ll pay the bills, but then drops him for Eric, a singer played by real life punk icon Richard Hell, as soon as he shows a passing interest and potentially something to gain. Wren spends the rest of Smithereens bouncing between the two, with only Paul being smart enough to know he’s being used, and the girl too blind to see that Eric will never take her to Los Angeles and let her manage his band. 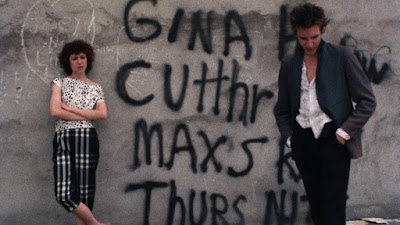 Working with mostly an unprofessional cast*, Seidelman manages a kind of neorealism that is as much John Cassavetes as it is Jim Jarmusch--though I’d also compare this to Alison Anderson’s Border Radio [review]. This quality will  be a boon for viewers looking for an unvarnished time capsule, but might be a problem if you are seeking something with a bit more form. Seidelman is definitely working with the best of what she had available. Shot by Chirine El Khaden, who also worked a camera on the influential hip-hop movie Wild Style, Smithereens has the dirt and grime of a documentary--all of which comes through with a gritty clarity on the Criterion Blu-ray. We see such mythologized sights as the Peppermint Club, and most of the people hanging around are likely the real deal and not hired extras. Going from seedy movie theatres to Bohemian cafes, there is an undeniable authenticity to Smithereens. You could almost say you were there. 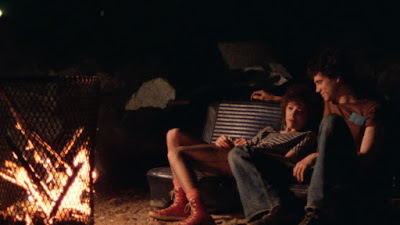 And you could also say you’ve spent a lifetime with its main character. Wren is a hard woman to like. Paul is entirely right: she is a self-serving loser with a bigger mouth than tangible qualities to offer. The only thing that makes her tolerable--as opposed to, say, Agnes Varda’s Vagabond protagonist, or countless loudmouth male sidekick characters like most anything Jason Lee played in the 1990s--is that Susan Berman understands the insecurity behind the bravado, and she can sell it when the façade drops. If only she was a tad more charismatic, I might have felt more inspired by the freeze-frame ending. Wren could have been more like Antoine Doinel on the beach at the end of The 400 Blows [review], suggesting a possible future; instead, she only appears startled by the irony of receiving unwanted attention after spending the whole movie trying to monopolize everyone’s time. 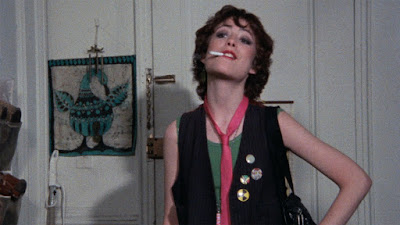 Much better is Seidelman’s initial film-school short And You Act Like One Too. Shot in 1976, this black-and-white tale of a housewife feeling neglected on her 30th birthday is a charming day-in-the-life. Marsha (Karen Butler) is abandoned by her husband and daughter on what is meant to be her special day, so instead of sitting around feeling sorry for herself, Marsha goes out and gets a new hairdo, runs some errands, and takes a chance giving a ride to a charming hitchhiker (Andras Maros). Unsurprisingly, this trip leads her to some unexpected places, and Seidelman delivers a comic twist at the end that is truly delightful. The film is simple in its intent, but broad in its character analysis.

Seidelman’s second student film is the color divorce drama Yours Truly, Andrea G. Stern. This short focuses its attention on young Andrea (Jilian Frank), the daughter of a newly separated couple. She lives with her mom (Joanne Gross), and starts to feel left out when a new man (Billy Wine) moves into the house. While the narrative thrust is that Andrea is trying to get Jonathan to move out, this isn’t a Disney Channel comedy where the schemes are wild and implausible; on the contrary, Seidelman’s deeply felt script imagines what realistic actions Andrea would take, what tools she’d have at her disposal.

Yours Truly, Andrea G. Stern is somewhat ambitious in style, framing itself as a documentary with the off-screen director colluding with the girl, but also putting us in the space of her imagination. The title refers to how Andrea signs off her diary entries, which also serve as narration for the film. The result is something more real and personal than if Seidelman had chosen not to take a child’s point of view so serious. 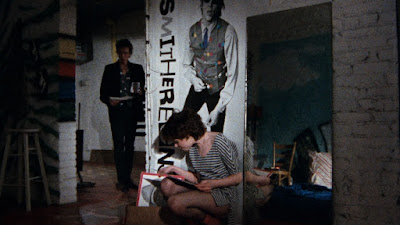 * Though keep an eye out, because apparently Chris Noth from Law & Order and Sex and the City plays a prostitute! I didn’t see him, but I didn’t know to look.