This review was originally written for the Essential Director Series boxed set from Wellspring in 2007 and published at DVDTalk.com. 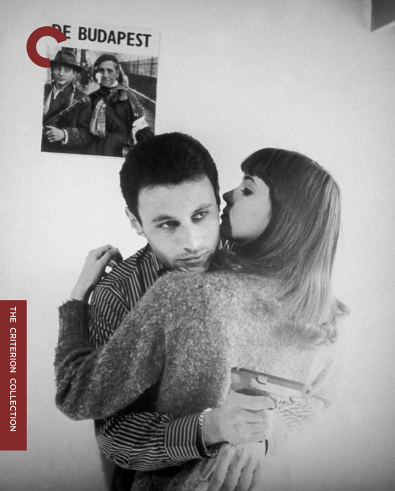 Coming right on the heels of Breathless [review], Michel Subor's Bruno in Le Petit Soldat is like Belmondo's Michel if he had actually been able to outrun those bullets. A French deserter living in Switzerland, Bruno has gotten out of one life and is looking to engage in a new one. At the very beginning of Le Petit Soldat, he informs us in voiceover that he's getting too old to be stuck in the action, he needs to get serious about life, the lesson Belmondo should have learned. Currently, Bruno is using his job as a photographer as his cover for his activities as a secret agent on the side of the French nationalists in the war against Algeria. Yet, with all the macho posturing--how many times does someone ask him if he's scared?--it usually appears that Bruno is just playing at being a secret agent, just like Belmondo was playing at being a gangster. 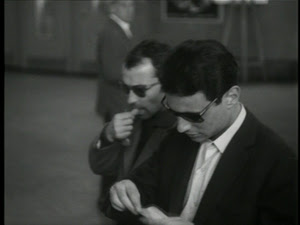 Jean-Luc Godard is in scrappy form in Le Petit Soldat. The plot is just as simplistic as Breathless, but that's not the point. Any clenched first can punch you in the face, it's how you swing it. Bruno wants to be a secret agent, but he can't bring himself to kill. He is all mixed up and in love, chasing the beautiful Russian model Veronica Dreyer--likely named for the Danish director but played by Anna Karina, the iconic actress in her first role. Bruno crosses the French, then he gets in trouble with the Algerians, and then he doubts the girl and wonders what it's all for. Most of the movie moves at a fast clip, just like most early Godard, and with the quick cuts and change-ups, you have to be on your toes and stick with it. It only drags some in the middle when the scenes of torture Bruno suffers at the hands of the Algerians goes on a little too long--even despite the narration noting that torture is boring and promising to move through it quickly. Then again, this could also be the director's commentary on the public's laissez-faire views of the issue. (One wonders what Jean-Luc would make of 24.)

It's actually that torture that got the movie banned by French censors for several years, since Godard includes references to the French resorting to the practice, not just the Algerians. In a way, it's fitting that there would be so much contention over Le Petit Soldat, since the auteur appears to have been in a contentious mood when he made it. Not just about the politics of the war, either, but about cinema and possibly his place in the movement he had helped start. Bruno has a monologue where he condemns actors while praising cinema (the famous "Photography is truth. And cinema is truth 24 frames a second" quote). Connections are drawn between Bruno shooting with his camera and shooting (or not shooting) with a gun, including the self-reflexive quoting of the movie's cinematographer, Raoul Coutard, who coined the term "the great hassle." He likely meant it in terms of movie making, that when you try to shoot a film on the street, street life gets in the way; here, it refers to the continued blocking of Bruno carrying out his assigned assassination. 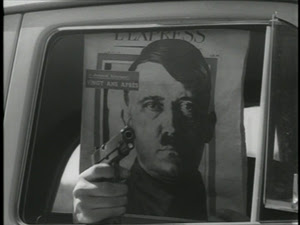 Ultimately, this metaphor leads to Bruno questioning the difference between doing nothing and hollow action. Is it really better to take up arms for a cause if the fundamental precepts of that cause have not been thought through? Is it okay, for instance, to love France for their cinema, but dislike the Arabs because they live in deserts and you can't stand the heat? Is deconstructionist theory enough reason to make a motion picture? Bruno may eventually make his move, but it feels more out of necessity, of being stuck in the flow of things, than it is any settling on a particular conviction. The questions still hang in the air. Yet, the existential futility, the unstoppable events that happen around him, end up giving him that independence he seeks. 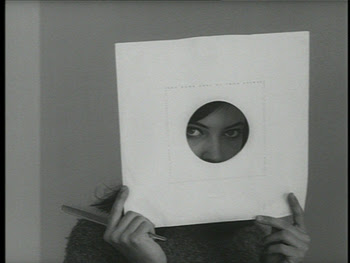