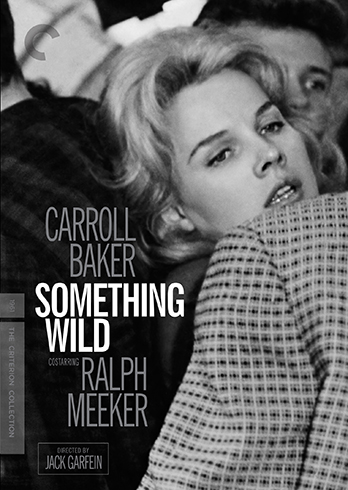 Jack Garfein is a name more people need to know. A survivor of the Holocaust, Garfein immigrated to the United States from Czechoslovakia, joining the famed Actors Studio and training as a theater director, working alongside Elia Kazan and with actors as storied as James Dean, Marlon Brando, and eventually Ben Gazzara, who starred in Garfein’s first movie, the disquieting, insightful The Strange One [review]. These details and much more are revealed in the fascinating interview with film critic Kim Morgan on Criterion’s new release of Garfein’s second--and last--motion picture, 1961’s uniquely powerful Something Wild.

Something Wild is a challenging movie, both by today’s standards and certainly by the standards of the early 1960s. Following a typically stupendous Saul Bass title sequence, the movie--scripted by Garfein and Alex Karmel, based on Karmel’s novel--introduces Mary Ann (Carroll Baker, star of Baby Doll and Garfein’s then-wife), a New York college student on her way home. When passing through the park, she is attacked and raped. Upon returning to the house where she lives with her mother and stepfather, Mary Ann finds she can’t really return to normal life, and so she breaks from it, leaving school and family. Garfein presents a single poignant image: a pile of textbooks left on a bench, and Mary Ann walking away. She gets an apartment and a sales clerk job and tries for a new life. 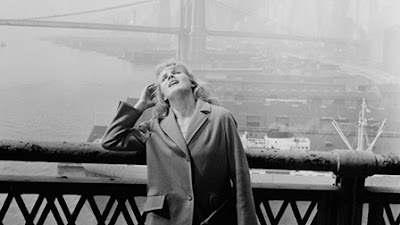 What’s interesting about following Mary Ann is how everything about her journey is on the exterior. The girl never expresses herself, we can only intuit how she feels from behavior. Following the physical assault, she reacts to everything physical, every encounter, in her world. A crowded subway train triggers her memory, and she can’t remain confined. Every man she meets is a potential threat; every woman seems to want to pimp her out. Baker says little throughout the movie--in fact, much of the first half hour is completely dialogue-free--but she doesn’t really have to. The actress finds a fragile balance. Mary Ann is numb, and yet she still feels. In her effort to not project what is going on inside her, Baker ends up showing the audience everything. The performer is simultaneously withholding and naked.

Even if this were all there was to Something Wild (which it should be said bears no relation to the Jonathan Demme film of the same name [review]), that would be enough. It would still be a moving portrait of a woman dealing with trauma. That Garfein builds in a mid-film twist, however, means there is also much more to unpack. After the women at her work haze her, Mary Ann decides that it’s all too much and tries to commit suicide. A passerby stops her before she can jump off the bridge. The seeming Good Samaritan, Mike (Ralph Meeker, Kiss Me Deadly [review]), takes the distraught woman home, and lets her sleep it off. Only, as Mary Ann comes back to herself, she realizes that she’s locked in Mike’s basement apartment. He has decided that she owes him something for saving her life and keeps her imprisoned with the hope that Mary Ann will fall in love with him. 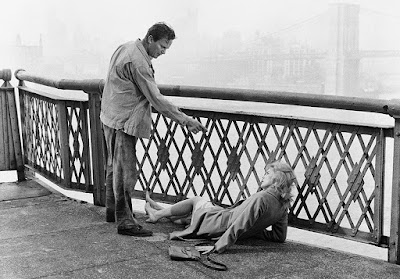 Garfein crafts an uncomfortable narrative. Mike’s actions are disturbing, and yet Garfein holds back any explicit sexual threat for a time, making it unclear exactly what the man wants, as his thinking is muddled by alcohol and his own white knight complex. The director uses restraint in drawing both the attack at the start of Something Wild and Mike’s slow breaking down of his victim, leaving us to fill in some blanks, and never once being exploitative. Meeker manages to slowly twist his average Joe into a real creep, but avoids straying into cartoon villainy. For her role in their dynamic, Baker lets her anger bubble up, finally unleashing the grief and the pain in her own defense. It’s not just about physically fighting back, though, she is also strategic. Mary Ann tries to work out Mike’s angles, tries to disavow him of any notion that she’ll ever be the love of his life. In her efforts, we at last see Mary Ann as a true survivor. She can fight back in a way she could not during the initial assault, even if the results are questionable.

All of this is revealed without much ostentation. Garfein and cinematographer Eugen Schüfftan (People on Sunday [review], Eyes Without a Face) keep an even hand and a steady eye. All the exteriors of Something Wild were shot on location, and so Schüfftan captures New York as a particular time and place--and yet the city somehow also bends around Mary Ann, becoming almost like a dreamscape that she walks through unhindered. The black-and-white is lovely, and the restoration on this Blu-ray, while imperfect, is still exceptional, maintaining the genuine look of the original celluloid. 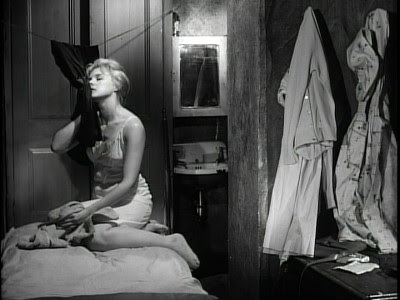 In the final scenes of Something Wild, the film takes some unexpected twists I will leave you to discover and interpret on your own. Yet, I will also point you again to the special feature with the filmmaker and Kim Morgan, as Garfein reveals his own intentions of the ending. His explanation may challenge your perceptions even more. His empathy as a storyteller allows him to see Mary Ann’s experience in ways that many of us may not if we accept everything at face value or filter it through our own prism.

In addition to the piece with Morgan (perhaps the director's biggest champion), Criterion also includes one of Garfein’s acting lectures, some background on the Actors Studio, and a new interview with Carroll Baker.

Something Wild is an essential release, reintroducing an unfairly ignored film to today’s audiences. Now, who do we have to petition to get Criterion to follow this up with a Blu-ray of The Strange One? 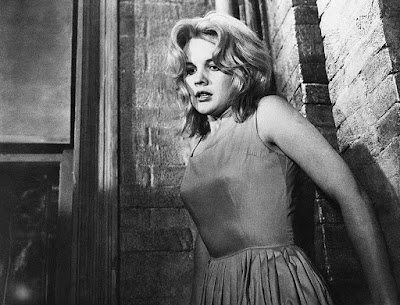 I saw this movie on TCM recently. Boy, what a powerful movie and it really caused me to think and try to dissect the character of Mary Ann. Her behavior was understandable, yet baffling in many ways. Why would she put herself at further risk by walking away from her life into a life surrounded by questionable people and surroundings? I get that she was totally traumatized by the rape, which changed her from what seemed to be a happy and carefree young woman to one who suddenly saw the world in a way she had never seen it before.....dirty, scary, and a place she could no longer find peace nor could she trust. After escaping from Mike, why would she return to him? One would think that she would see him as another threat in the same way she did when he initially kept her captive. Perhaps it was because he gave in and left the door unlocked allowing her to make her own choice as to whether or not she wanted to stay with him which allowed her to see that he really did love her and that she could trust him. Let's face it, Mike was searching to survive from his demons as much as Mary Ann was. Perhaps that's the was the connection between the two. This is a movie that causes you to really think about two people from two different worlds who come together really out of desperation and potential inner destruction and yet underneath it all the will to survive.

I've tried to watch it several times but the screenplay is playing too many games with the audience without getting to the point. The Meeker bad guy is a poor payoff to what the audience has endured up until then. Also, the NYC exteriors were deliberately blurred so I couldn't figure out where they were without looking it up in IMDB. I still haven't seen the whole thing. So far its been one of those films I fall asleep to easily. Let me put in a word for The Happy Prince (2018) I saw just yesterday. A tough movie to watch but never boring or deadly. It hurts to be present for the movie about the waning moments of Oscar Wilde's troubled life.