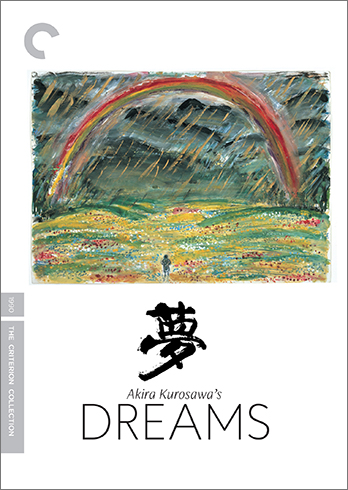 Akira Kurosawa is a filmmaker I discovered in high school, in the 1980s when VCRs and video stores made all kinds of movies newly accessible to budding cinephiles. Most likely fueled by Siskel and Ebert, whom I recall covering Ran [review] on their program, I was able to get a hold of that movie, The Seven Samurai [review], and others. It wasn’t until the 1990 release of Akira Kurosawa’s Dreams, though, that I first got to see one of his movies in the theater, and one of only two occasions where I could have seen the movie in first run.

It’s easy to remember the occasion. I was starting my first semester in college, and had been so eager to do so, I arrived at my dorm the first day they’d give me keys, a full weekend before classes started. Any illusions of being some part of an instant community didn’t materialize that weekend--nor, ever, if I’m honest--and I needed to find something else to do. So it was that I ended up at the Beverly Center in Los Angeles, watching Dreams in a shoebox theater with a handful of other people, taking in one of the Japanese director’s more unique works. It was good timing for me, I was fascinated by the concept of dreaming, so much so that I used to keep a diary of my own dreams, a habit I maintained for many years. As someone who has always been disappointed by the use of dream sequences in entertainment--they are usually cheap gags with an exaggerated level of nonsense and far too self-aware--I was curious how the master filmmaker would undertake such a personal subject. 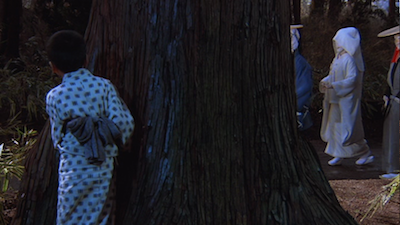 Interestingly enough, Kurosawa’s approach to re-creating his own nocturnal visions has far less of the contrivances that we have come to expect from most film directors, and more to do with tradition and spectacle. From the opening segment of this anthology, Kurosawa establishes his aesthetic--a portrayal of a world that is so familiar and real, we have little cause to question the more fantastic aspects of the stories. And even as things do get fantastic, the use of practical effects and, in the case of the childhood visions like the fox’s wedding and the living tableau of dolls, costumes and masks reminiscent of kabuki theatre ground us. The mysticism and magic is transformed into recognizable pageantry. Kurosawa doesn’t surrender entirely to the dream logic--there are no sudden shifts in circumstance and place, and little that goes unexplained--but rather weaves that logic into the everyday. 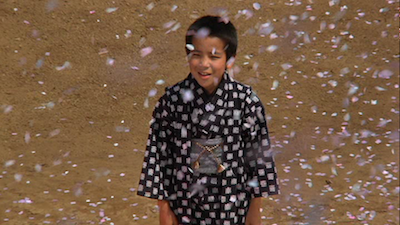 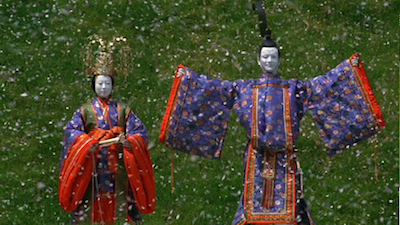 Dreams is essentially eight vignettes, each detailing a dream Kurosawa actually had, sometimes combining them with classic Japanese folklore. The selection is seemingly random, but as you watch them all back to back, a structure and narrative pattern emerges. Not only do the chosen dreams arrive in chronological order, from childhood to adulthood and even potential images of the future, but in each, we are presented with a subtle moral complication. Choices that either Kurosawa makes, or that mankind decides on collectively, are leading us toward destruction. In the childhood dreams, a young Kurosawa (Toshihiko Akano and Mitsunori Isaki) either goes against tradition or is witness to its abandonment. The destruction of the peach orchard in the second dream is echoed years later, in the post-apocalyptic visions of a nuclear Japan in the penultimate vignette, “The Weeping Demon.” The titular devil (Chosuke Ikariya) notes that the charred wasteland they are meeting on was once a beautiful field destroyed by toxic waste. In one of Kurosawa’s most powerful images, they sit amongst the only plants that now grow: towering dandelions, more than twice the size of the human and mutant observers. Nature will come back with a vengeance if we fail to understand our folly. 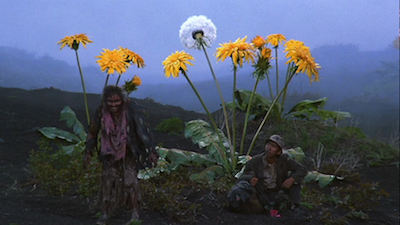 This message fits a certain post-War philosophy also seen in the films of Hayao Miyazaki. Mankind is on the wrong path, more concerned with convenience and power than it is with recognizing and preserving what it has. Though Kurosawa teeters on the brink of being preachy, his simplest message is expertly embedded in what is probably the most famous portion of Dreams. Positioned at the center of the film, it features Kurosawa as a young man (Akira Terao, also in Ran and the director’s final film, Madadayo) entering the paintings of Vincent Van Gogh. In a landscape decorated to look like some of Van Gogh’s paintings (and then actually turning into those paintings), Kurosawa finds the artist himself, appropriately played by Martin Scorsese. The American director brings his fast-talking, manic energy to the part, and it’s perfectly suited to the message Van Gogh is supposed to deliver: life moves too fast not to take in the scenery and transform your appreciation of the same into something more. 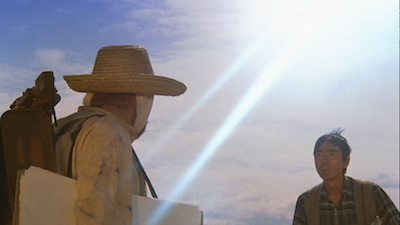 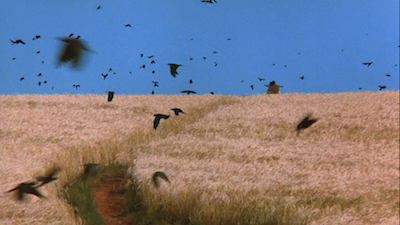 Which is really what Kurosawa is trying to tell us in Dreams, and is pretty explicitly stated in the final parable. We have all we need and our drive to conquer the elements and combat one another for dominance is only pulling us away from appreciating that. Look how quickly, for instance, the vivid colors of Van Gogh’s art transform into the deadly rainbow of the nuclear fallout in the dream that immediately follows. Rather than avoid death, we turn it into something aesthetically pleasing.

What keeps Kurosawa’s message from becoming overbearing or even maudlin is the wisdom the storyteller has gathered over his years, and his own ability to recognize the significance of his subconscious visions. This should be every artist’s mission, to communicate what he or she knows deep down in a way that both informs and compels the audience to further improve. Dreams isn’t an indulgent exercise in how weird Akira Kurosawa can get, rather it’s a marshaling of unavoidable emotions. Kurosawa had these eight dreams, and they stuck with him long enough for him to puzzle out their hidden meanings and then reconstruct them into a puzzle all his own. 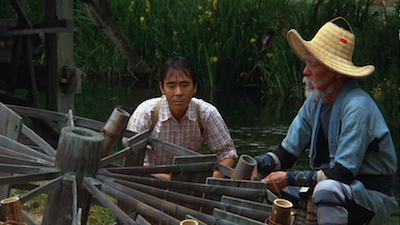 Akira Kurosawa’s Dreams hasn’t been the easiest film to see in recent years. Since the 2003 DVD went out of print, it’s only been available through the manufacture-on-demand Warner Archive, working with the same outdated transfer. Criterion’s newly restored 4K print is exceptional, capturing all the painstaking details Kurosawa put into the film. (Sometimes too well. The animated crows in the Van Gogh segment now look a little obvious in high-def. Luckily, such unnatural effects work just fine in this kind of situation; dreams aren’t always perfect.) Accompanying the new transfer are multiple extras, including a long 1990 making-of documentary and a more recent 2011 appreciation of Kurosawa and the film, featuring Scorsese, Miyazaki, Bernardo Bertolucci, and more. 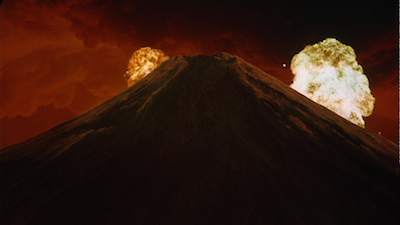 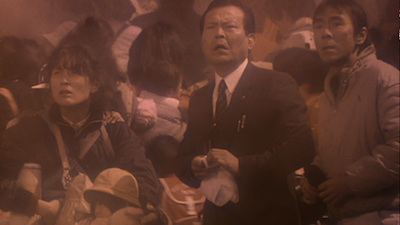 This disc was provided by the Criterion Collection for purposes of review. The images above are taken from a previously released DVD version and not the Blu-ray being discussed.