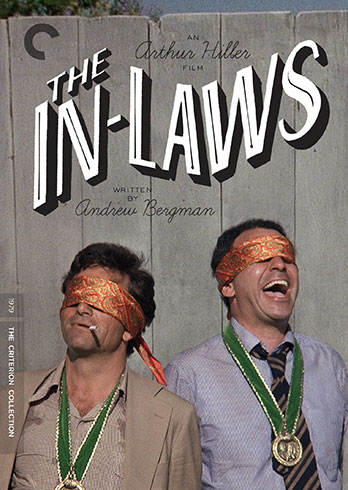 From a mathematical standpoint, there are so many movies made every year, and have been for over a century now, it's pretty easy to understand why all cinema fans have holes in their viewing diary. You just can't see everything.

Even so, there are still movies that land in my queue that, when I do see them, I can't understand what took me so long to get around to them. I always knew they were there, so how were they not part of my life? The In-Laws is just such a movie. 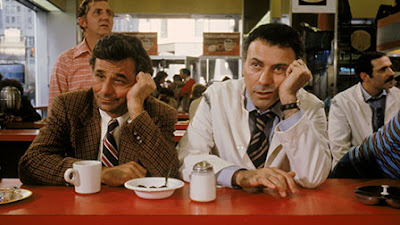 Directed by Arthur Hiller, a studio director with credits dating back to early television, with a script by Andrew Bergman (Oh, God! You Devil, Fletch), The In-Laws is a smart and fun action-comedy that melds genres for a quirky story all its own. Imagine Father of the Bride but with guns. Peter Falk and Alan Arkin star as the respective fathers. Falk plays Vince Ricardo, and his son is going to marry the daughter of dentist Sheldon Kornpett (Arkin). The two families have yet to meet, and are doing so just days before the ceremony. Part of the delay is down to Vince's strange work schedule. Though he presents himself as an international businessman, that is not the whole truth. And as The In-Laws gets underway, we aren't entirely sure what to believe about his clandestine life. In the opening scene, he is part of a heist, robbing a Federal Treasury armored car for some engraving plates to make large bills. Once he pulls Sheldon into his current scheme, he will claim to be CIA--though the agency itself may disavow him. (Look for Ed Begley Jr. in a small role as a CIA contact.) 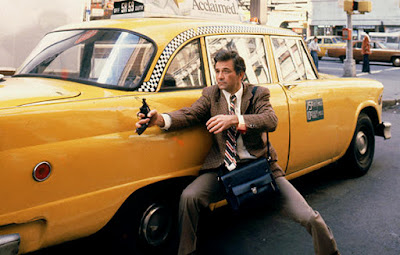 Of course, that's the fun of Bergman's story. We are as confused by these turns of events as Sheldon--though we are also more intrigued by Vince's smooth talking and adaptability. It's not us getting shot at. The two characters operate at opposing trajectories. As Sheldon grows more anxious and unhinged, Vince actually gains confidence. With each setback, he becomes more determined to make it work. Because not only do their lives depend on his plans paying off--there are some crooks who aren't happy about having to wait for their cut of the robbery--but he also has to bring the timid dentist around to his side so he won't call off the wedding. Oh, and the Feds are after them, too.

Falk and Arkin are a real dream team. The script plays to each of their strengths. Falk is loquacious and likable, a little bit of Columbo by way of James Bond. Arkin is all indignation and nerves, pinging between blustery rage and near-catatonic fear. Of course, his arc is that the more that happens, the more capable he proves himself, tapping into reserves he never knew he had. In one action scene, he leaps on top of a car! Shortly after, though, there is a bit of business that shows how clever the character building is here. Facing a firing squad, under the orders of a South American crime lord (played hilariously by Richard Libertini, with a bit of a nod to Señor Wences), we can see who each man is by his choice of blindfold and/or cigarette. (A scene so memorable, Criterion put it on the cover.) 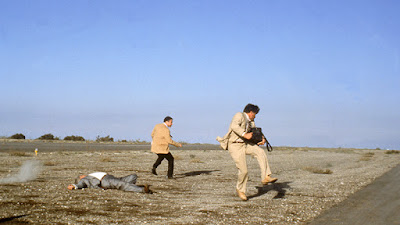 Hiller's deft direction works whether he is aiming for laughs or thrills. The armored car robbery would be at home in a vintage noir, while the shootouts are expertly choreographed to create real danger. But even in those, he can get a good guffaw or two. The "Serpentine!" bit works brilliantly, and with very little set-up and surprisingly, without milking it via needless callbacks further down the line. In modern hands, that would be a catchphrase, but The In-Laws is so fleet of feet, as soon as it has finished with one gag, it's already on to the next. It never lets up, either, right down to the last "gotcha" at the end.

Which would explain why it has become such a perennial. The In-Laws is just pure entertainment through and through, nothing more, nothing less. Best of all, it respects the audience enough to let us go along on the ride rather than merely taking us for one. Why anyone decided to make this years later is beyond me, because this 1979 original is just about perfect. 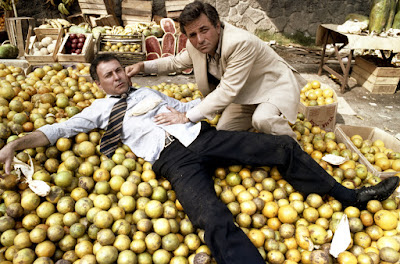