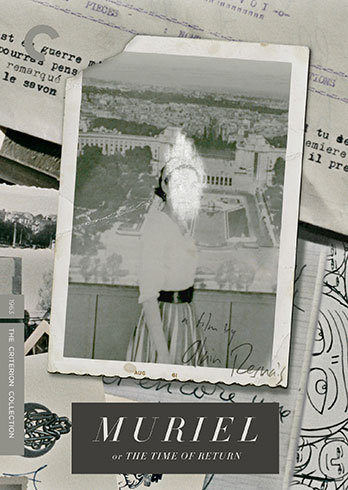 Time and its effects play an important role in the films of Alain Resnais. In Hiroshima mon amour, two lovers steal secret hours in order to forget the atrocities of war; in Last Year at Marienbad [review], the past emerges at a most inconvenient time for a couple guilty of infidelity--so inconvenient, they try to deny it. In both films, the past and present seem to run along parallel courses, sometimes converging, sometimes becoming jumbled.

All these things come to bear in Resnais’ 1963 film, Muriel, or The Time of Return, crystallizing what the filmmaker had done before in a dual narrative, depicting both the young and the old as victims of repetitious history. If Hiroshima was about the flames of early romance, then Muriel looks at a romance that has burnt out and sifts through the ashes. 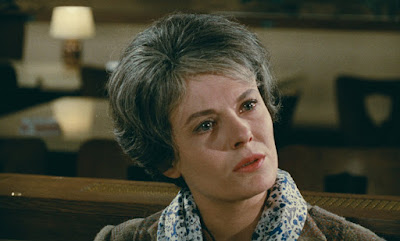 Marienbad star Delphine Seyrig rejoins Resnais for Muriel, playing Hélène, a widow living in the costal town of Boulogne. She runs a furniture store specializing in vintage items, and the shop doubles as an apartment for her and her stepson Bernard (Jean-Baptiste Thiérrée). One could suggest that their home is essentially a storehouse of memories--though largely those of other people. Which isn’t to say they don’t harbor some of their own. Both have secret wounds that haunt them, and Hélène is about to bring some of her worst to the fore. She has invited her lost love, Alphonse (Jean-Pierre Kérien), to come visit. He is eager to rekindle their affair, but she is more interested in poring over what went wrong. You see, back in the day, Alphonse went off to North Africa to fight in WWII, breaking several promises to Hélène, and never returning to her arms.

As we go, we will learn more about why Alphonse did what he did, and also how Hélène was not exactly the faithful paramour she suggests she was. We will also learn what Alphonse hides now, including the true nature of the “niece” (Nita Klein) who travels with him, and how Hélène has a gambling problem. Meanwhile, running concurrent with these revelations is Bernard’s story. He is freshly returned from the war in Algiers, an experience that has changed him. He is now mostly idle, experimenting with art and film, but also in his own love affair. He evokes the name of Muriel when referring to the woman who has a lock on his heart, but that too is a ruse. 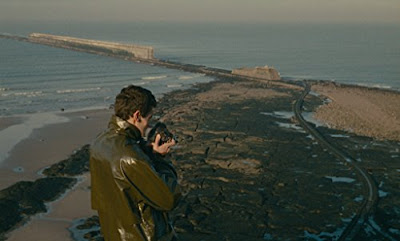 For Muriel, Resnais collaborated with writer Jean Cayrol, who also wrote the commentary for his documentary Night and Fog. Together they craft a tricky narrative, one that, in execution, plays with time in a literal fashion. In some scenes, we see two timelines at once. We may see a street at night, and then see a quick flash of how it appears in the day. We also see moments repeat, one on top of the other, compounding increments using slivers of the whole to suggest the complete action. In a similar manner, Resnais employs quick-cut montages to indicate the passage of time, though if one pays attention, it’s almost as if there is more happening than would be possible in the space allotted. As Alphonse’s overnight trip extends, it seems as if months go by; to listen to dialogue later in the film, it’s merely a week.

This makes sense in a world where Alphonse’s trauma from combat is as fresh as Bernard’s, even though decades separate their tours of duty. We are meant to see the two men as one and the same, Bernard is the young version of Alphonse, the future stands next to the past here in the present. Muriel is also Hélène, the woman left behind by a soldier. All is fair in love and war, but in this case, the latter has turned the former into a tragedy. 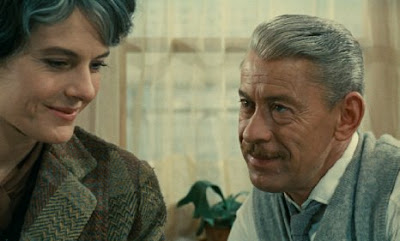 Yet, we can also see Bernard’s existential plight as a critique of Alphonse’s. What we learn about Bernard’s time in Algeria has more in common with what would go on in Vietnam over the next decade, a predictive of modern warfare. The horror and pain is real and fresh, and lacking the clean justification usually associated with WWII. By contrast, what we know of Alphonse’s time as a soldier sounds almost sanitized, as if it were fiction--which we can eventually argue maybe it was.

So, too, are all the love stories. They are passionate fictions, a clinging to something that never was. Hélène tells Alphonse that, “I loved you with no help from you.” This is true of all of our lovers. They are pursuing their own concerns in their relationships, and the other half of the equation is practically immaterial. This is why none of the versions of their shared stories line up. It’s not just a matter of perspective, but also participation. 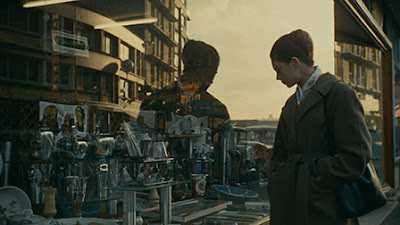 As is to be expected, Seyrig carries the picture. As we would see years down the road in Jeanne Dielman, 23, quai du Commerce, 1080 Bruxelles [review], she doesn’t really need anyone else on the screen with her--though her co-stars ably back her up. She is particularly good playing off of Thiérrée, whose wooden posture is reminiscent of Martin LaSalle’s meticulously choreographed turn in Robert Bresson’s Pickpocket. Thiérrée is more operational, while Seyrig is deep in each moment, each emotion. She plays older here, Hélène is middle-aged, but the make-up is casual and not overdone; Seyrig is excellent as the concerned and nervous mother-type. In the first scenes with Alphonse and his niece, when she brings them into her home and feeds them, she never stops moving, putting the needs of everyone else ahead of her own, and thus making her selfish addiction all the more shameful for her.

Eventually, truth outs everyone, and time catches up, and Resnais leaves us both hopeful and unsure. There may be options for a better tomorrow, but it may also just be that the past is repeating once more. 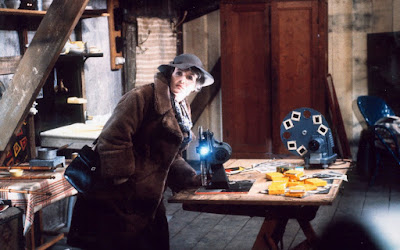 Muriel, or The Time of Return has been available on DVD before, but it’s been a decade or so since the last release, and the new Blu-ray was struck from a recent 4K restoration. The colors are vibrant and the picture is crisp, showcasing the beautiful photography of Resnais’ regular DP Sacha Vierney (who also shot Belle de jour [review]). The disc has several documentary and interview clips, including a 1969 piece with Seyrig and a 1963 chat with composer Hans Werner Henze (The Lost Honor of Katharine Blum [review]), whose ambient score sits in between classical composition and more modern textures, thus expressing the themes of the movie through sound. 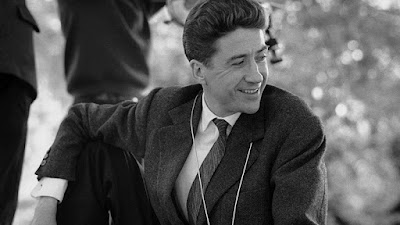