“That Brian De Palma documentary is bullshit if the director doesn't wake up at the end and realize he dreamed Brain De Palma.” - tweet I tweeted immediately after finishing Dressed to Kill 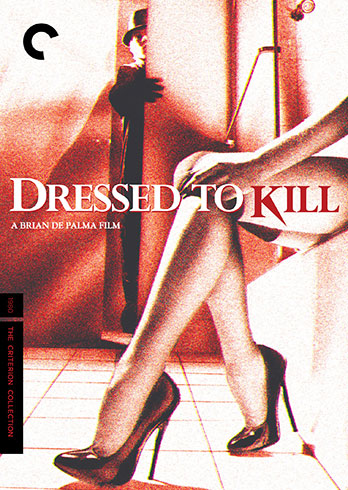 My mind is all over the place after finally watching Dressed to Kill, which I remember from its original release, but I was too young to see it. I also remember its opening scene from some random night on cable about 15 years ago, when for whatever reason I did not finish the film. Had I done so, I would probably not be reviewing it now. I coudn’t see it returning to my queue in anything under--well, it would take me over two years to watch every other Criterion currently available first, so let’s say 3 years.

We can even begin with that first scene. If you ever need an object lesson to illustrate the male gaze, it’s this: Angie Dickinson in a shower performing a masturbatory dance in hopes that her husband will notice. The audience for this routine isn’t really the husband, though, who continues shaving, blissfully unaware; it’s the movie-going public, here in our role as peeping tom. It’s also the ticket-buying audience 90 minutes later when Nancy Allen achieves orgasm at the mere touch of the water stream from the same showerhead; the same way De Palma tries to have his cake and eat it, too, by creating a grotesque approximation of the theatrical arena by arranging an unrealistic number of mental patients to watch his villain in the asylum. We have seen the voyeur, and they is us.

For those not in the know, here is the basic plot: a bored wife (Dickinson) goes to the art museum and hooks up with a man who seduces her--via a visually clever chase amongst the paintings, no less--only to be murdered in the elevator after leaving his apartment. Liz (Allen), an escort working in the building, stumbles across the murder in progress, and when the police suspect her of the killing, she has to find the blonde woman in trench coat and sunglasses she saw in the elevator mirror--who also may or may not now be stalking Liz. Both helping and hindering Liz are the dead woman’s psychiatrist (Michael Kaine), her son (Keith Gordon), and the homicide detective assigned to the case (Dennis Franz). (The husband, it would seem, is useless throughout.)

As plots go, it’s not much, and really, it’s just a gender-bent Psycho. The whole film, really, is what if Alfred Hitchcock adapted Penthouse Forum. That the nerdy son--a De Palma stand-in who loves cameras and recording equipment--never even makes a move on Liz is kind of ludicrous. So I guess kudos to De Palma for not succumbing to that obvious happening. 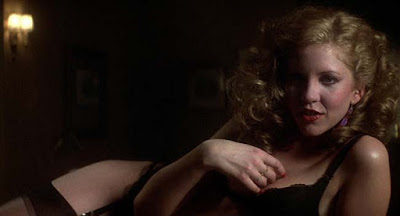 It’s not all that De Palma gets right. One can always praise his technique. His use of split-screen, for instance, is both dazzling and efficient, bringing an added layer to the storytelling, juxtaposing two scenes while also linking them (in one scene, he has two characters watching the same expository Phil Donahue episode while otherwise going about their seemingly unconnected business). In these instances, and elsewhere, De Palma lets the action run large, and in the sequences leading up to the first murder, even lets them play without dialogue, enticing the viewer through lush orchestral music and leading us to focus on various details, some of which are clues and others which are red herrings. De Palma and director of photography Ralf Bode also know how to compose a shot so that the foreground and background have two different courses of action, artfully hipping the viewer to certain info about what the varying characters are doing. They also use carefully placed mirrors to create echoes and dualities, the reflective glass being both a storytelling clue and a de fact conscience, depending who is looking at themselves and how.

And if we’re being generous, De Palma seems sympathetic to the trans community, and is progressive for his time, even as he exploits being transsexual for the purposes of plot. It’s easy to see the dangerous clichés he falls into now that a couple of decades have passed, but consider that he never suggests his villain is evil because of being trans; that person’s identity is never denigrated, nor is their identity suggested to be a dangerous psychosis, they just happen to have homicidal tendencies. Dressed to Kill may be problematic, and carries baggage that De Palma wasn’t even likely aware of, but it never suggests that its villain is deviant or wrong just for accepting their own state of well-being, the murders are motivated by some other impulse. And it doesn’t seem sexual either, even if the overall symbology is that in both the case of Dickinson and Allen’s characters, it’s the sexually active women whose lives are threatened. Which, let’s be honest, is a whole other set of problems, and perhaps lends more weight to the notion that De Palma hasn’t really considered the implications of his choices all that much, he just likes blood and sex.

All the skill and good will aside, though, Dressed to Kill is a decent movie, but it’s not a very good one, and De Palma is a proficient filmmaker, but a hack storyteller. Dressed to Kill’s plot is thin, and many of its machinations are contrived to the point of straining disbelief. The narrative meanders, but it holds interest throughout, never entirely tipping its hand toward the solution of its plot ahead of the full reveal. De Palma tries to cover his ass with a denouement where many of the movie’s internal failings are explained, yet it feels like too little too late--especially when the auteur succumbs to the classic “one more shock” blunder. That event in itself is not a bad idea, but the negation of it in the very last scene is. This is De Palma’s m.o., and his regular employment of “then I woke up” endings is easily his worst trait. As it stands, the final scene in Dressed to Kill doesn’t give us one final thrill; on the contrary, it just seems like a director who didn’t really have an ending, so he tacked one on. Not quite the cop-out of some of his other work, like Femme Fatale, but cheap all the same. 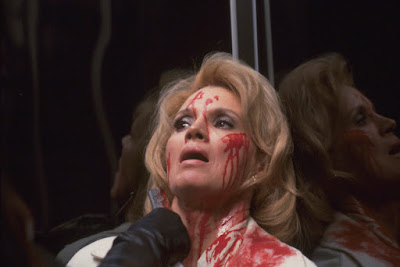