“I thought you hated the theatre?” 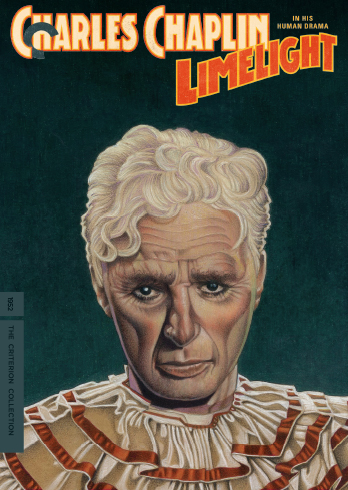 As I write this, it’s Charlie Chaplin’s birthday. Born April 16, 1889, he would have been 127. This puts him at more than 60 years old when he made his final American film, the bittersweet tribute to vaudeville, Limelight. Though he had a couple of more movies to come following his exile to Europe, of all of his efforts post-1950, this one feels like the final curtain, a summing up of a well-spent career, with a few touches of real life for those looking to see the man in his art.

Chaplin stars in Limelight as Calvero, the last of the great stage clowns, known for his wordplay and hobo persona. (Perhaps it was the presence of the former that discouraged the performer from actually making the film about his own Little Tramp, a character born of silent cinema.) Calvero’s act has passed into the history books, drowned in alcohol and anxiety. As the picture begins, he stumbles home from the bar, only to realize his downstairs neighbor Theresa (Claire Bloom, The Spy Who Came in From the Cold [review]) has locked herself in her flat with the gas on. The old man kicks in the door and rescues the young woman from suicide, letting her sleep it off in his apartment where the air is clear. Terry is a dancer who is despondent over many things. She let the love of her life, a composer (Sydney Chaplin) get away, and her sister’s turning to the streets to pay for her dancing career has left the girl unable to take the stage, the guilt is too much to handle. 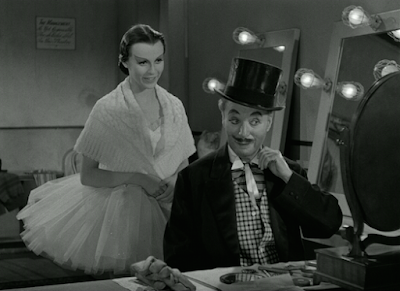 In fact, following the attempted suicide, Terry is so upset, she can’t walk, her mind has completely shut down the lower half of her body, not unlike how nerves and booze have overtaken Calvero’s ability to step in front of a crowd. The pair of artistes bonds over their respective blocks. Calvero swears off the sauce and nurses the girl back to health, giving her pep talks, all the while dreaming of his old routines, sometimes inserting Terry into the act, sometimes waking up in terror, realizing his dream self is playing to an empty house. Helping her gives him purpose, and a chance to lead by example.

It’s a lovely and loving relationship, one that could have been tainted by Chaplin’s real-life dalliances with younger women, but the honesty with which he presents their shared experience avoids any actual creepiness. Calvero’s view of Terry is paternal, despite the cover story that they are married as a means to fend off gossip. In fact, there is a frankness throughout Limelight that is surprisingly fresh, even if the script must tap dance around saying some things outright. Calvero first thinks that the whispers about his new roommate being a prostitute are true, and that she tried to kill herself due to consequences stemming from the profession. Though the truth is far more mundane, the way in which the elder statesman is prepared to accept the younger’s indiscretions--he notes that he himself is an old sinner--makes for a sweet dynamic between them. They accept each other’s faults only in so far as they encourage their companion to overcome them. 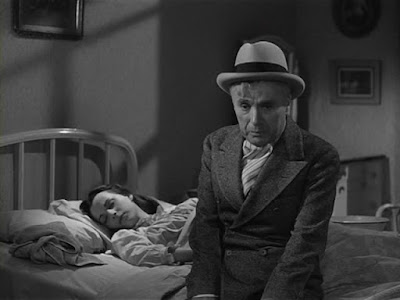 Chaplin was likely looking for a little acceptance himself, following accusations of Communism and FBI smear campaigns due to some of his less idyllic carnal affairs. (Check a recent episode of You Must Remember This to hear how this affected the auteur’s previous release, Monsieur Verdoux [review]). Later in the film the clown demands truth in both performance and life, as it’s the only thing he knows to be steadfast in a fickle world.

Despite all of this off-screen drama, Chaplin does not allow for any cynicism in Limelight. Quite the contrary, the film is entirely romantic, in both its love stories and in its view of the theatrical community. Behind the laughs beats a great big heart, and Limelight is less a comedy and more of a melodrama. Working with a plot structure more befitting a play--and often staging his scenes in small spaces like in a theatre, focusing on the two characters in conversation rather than the surroundings--Chaplin draws from a variety of theatrical traditions to create something perfectly cinematic. The filmmaker pulls out and goes wide, funnily enough, when in the theatre space itself. The cutaways to the dream sequences, showing Calvero on stage, and later showing Terry dancing, give us both the breadth of the performance space, but also the size of the crowd. In a way, his framing suggests that our own lives are small, and its art that gives them larger meaning, transcending borders so that people around the world may share all that they have in common, including not just our own foibles, but also the natural world in which we live and operate (mother nature and human nature). Most of Calvero’s routines center around animals (worms, sardines) or compulsions (love). The only exception being a fun skit featuring Chaplin and the great Buster Keaton--a comedian down on his luck for real--as two inept musicians that ends up being Calvero’s ultimate encore. 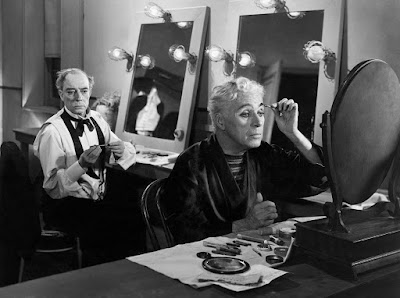 It’s interesting to consider that Chaplin himself must have seen many tides turning, and rather than submit to the trends, he instead dug in his heels and tipped his hat to where it all began for him (including street performers). Not that Limelight is a completely fanciful representation of theatre life. There is a toll to be paid for the spontaneity and joy of stagecraft. Not just age and passing fads, but also the isolation and the physical and mental demands come to bear for the comedian and the ballerina alike. Chaplin sees a kindred spirit in the dancer--both disciplines require perfection and control, but they also allow for improvisation, for injecting one’s personality into the material. 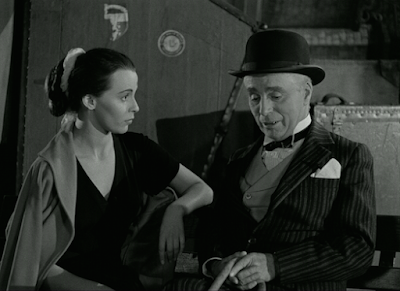 The final act of Limelight has some O. Henry-level twists, including ironic sacrifices and difficult decisions. Yet, even with the heavy foreshadowing--Calvero tells Terry pretty much exactly how it will go--by the time the change-ups and misunderstandings occur, you’ll be so invested in the characters and the drama itself, the artifice won’t bother you. Plus, the artifice is kind of the point. Limelight is as much about the movement of the bodies on stage as how they affect one another offstage--though no moreso than the movement in the ballet Chaplin pauses to show us, featuring both the clown and his admirer, and which itself draws from traditions of the Commedia dell’arte. In Chaplin’s narrative, the history of the stage is as interlocked as humanity’s. We all build on what came before, and so by extending a hand, the old can aid the young with their experience and wisdom, and maybe themselves get a new lease on life.

And, of course, as throughout, Chaplin walks it like he talks it. The ultimate message of Limelight? Always leave them laughing. 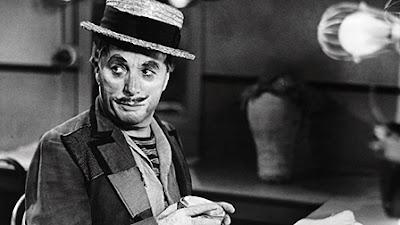 A few images from this review were borrowed from my old alma mater, DVDTalk.com. Read Justin Remer's review here.