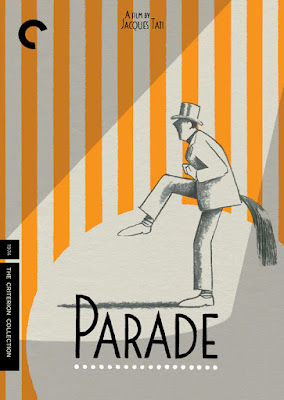 Following last week’s review of Charles Chaplin’sLimelight, I considered how Jacques Tati’s final film, the 1974 television feature Parade, might make a good follow-up. The French comedian was an acolyte of Chaplin’s, with his own M. Hulot being a tight-lipped descendent of the earlier director’s Little Tramp. Parade makes for an interesting companion to Limelight, even if it’s not entirely successful or nearly as fulfilling as the Chaplin picture.

Actually, the closest relative to Parade might be Federico Fellini’s 1970 documentary I clowns [review]. Fellini was another director with a passion for live performance, and I clowns captured several renowned circus clowns at work. Tati uses his own stageshow as a blueprint, but he showcases the event in a circus environment. His set-up is notable for two things: it’s inclusion of the audience, including planting performers in the crowd (if, indeed, the entire audience isn’t just people cast by Tati for the event); and a split between the old and the new, with the younger clowns being set apart not just by their fashion, but relegated to the side of the stage where they have a kind of workshop, often mimicking the main action in the center ring, sometimes joining it. 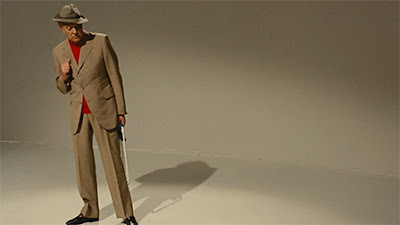 I should note here, when I say clowns, I do not mean of the greasepaint and red nose variety, but in the broader comedic sense. They are silent performers, engaging in physical slapstick and sleight of hand. Tati himself has several skits where he pantomimes different kinds of athletes. There is also an elder magician who engages in card tricks and the like, and who enters into a competition with one of the scruffy youngsters. While the older men are dapper and composed, the new generation are hippies and flower children. Yet, Tati isn’t looking to separate, he’s seeking to find what is similar in the shared comedy and bring it all together.

In addition to these clowns, there is a donkey act, an orchestra, and a tumbling troupe. They all perform with varying results. Some bits land, some fall flat. There is a quiet tone to Parade that seems both generational and cultural. The clowning has a certain reserve, and there aren’t many guffaws to be had. Still, it’s pleasant entertainment, and Parade really only goes off the rails in the second act, when Tati embraces modernity too tightly. An extended psychedelic rock performance looks like it would have been out of step even back then, and now just seems laughable. This isn’t exactly your grandfather’s rock-and-roll, more like what his grandfather might think is rock-and-roll.

Which maybe is the problem overall with Parade. With Limelight, Chaplin saw vaudeville as an art vital enough to build a story around, and so it came off as more than just a nostalgic trip through a comedian’s greatest hits. Tati, it seems, is trying to show that his old routines can compete in the then-current marketplace, but never really reignites the spark that probably inspired his career path to begin with. A mild exit for an otherwise gifted artist. 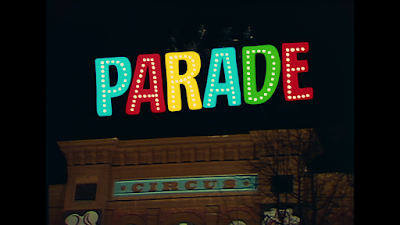