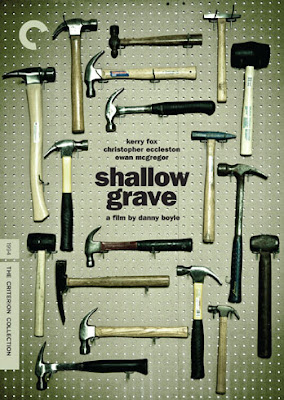 Except all out of order. That’s the way of 1994’s ShallowGrave. It’s backwards. Opportunity provides the means, and hanging onto those means becomes the motive.

An accidental overdose of the fourth and newest roommate in a Scottish flat offers the tight-knit friends sharing the apartment the chance to change their own lives. The three twentysomethings--journalist Alex (Ewan McGregor, Trainspotting), doctor Juliet (Kerry Fox, An Angel at My Table), and accountant David (Christopher Eccleston, eventual star of some television sci-fi medical drama or other)--find a suitcase full of cash in the dead man’s bedroom. He was a drug dealer as well as a user. No one outside of the apartment really knew he lived there, he had just moved in. If they can discard the body undetected, they could keep the cash. 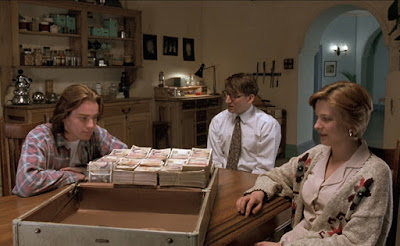 The debut of Danny Boyle, Shallow Grave is darkly comic, almost Hitchcockian, with hints of the cinematic verve (extreme angles, tricky camera moves, songs by Leftfield) that would quickly become his trademark. The ease with which he developed that style, and with which he now cravenly exploits it in humdrum efforts like Trance [review] and Steve Jobs, doesn’t necessarily suggest the cinematic revolution to come, but Boyle, producer Andrew MacDonald, and writer John Hodge were on the verge of something big. That they would take off with Trainspotting two years later, only to crash and burn with the unfairly maligned Coen Bros.’ riff A Life Less Ordinary and the exaggerated failings of The Beach is perhaps a defining story of 1990s motion pictures. Frame it as a mini version of the rise and fall of the American auteurs of the 1970s. Like Coppola leapfrogging from The Godfather [review] to One from the Heart and Apocalypse Now (if, you know, everyone hated the latter). We aim so high only to have our excess bring us low. 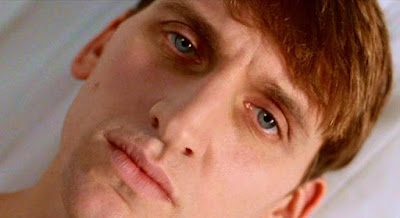 There isn’t a more 1990s movie than Shallow Grave. It’s not just of its time, but it’s accidentally about its time. Sure, there’s the obvious bad, poorly fitted fashion and the techno soundtrack, but it’s more than the outer trappings, it’s also the characters. Think about the types: the smartass Kurt Cobain wannabe, the independent woman with the short haircut, and the uptight accountant. Give us a Joey and a Phoebe, and you’ve got yourselves an episode of Friends where the Ugly Naked Guy dies in Monica and Rachel’s flat. (Oh, wait, we need a Rachel, too.)  And just like the 1990s, you want to slap that mildly amusing smirk off Shallow Grave’s face by the end. Its deep lesson is about as deep as the title would have you believe. It’s so ’90s, its sequel is John Cusack’s suit in Con Air. To quote Pulp, a band whose rise was contemporary to the folks involved with this picture, “You’re going to like it, but not a lot.” 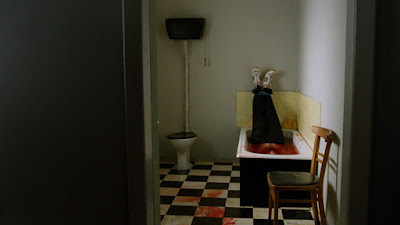 Part of the problem is that the Juliet, David, and even Alex are all aggressively unlikeable and, even worse, not that interesting--which is usually the way around unlikeability, we want to watch the terrible people doing terrible things. Witty Alex isn’t all that funny, and none of the three appear to be anything other than mediocre at their chosen professions. Hence their need to belittle others and play cruel pranks. While Hodge’s scripts does raise a lot of moral conundrums, with the dead body and the stash of cash proving an apt metaphor for much of the 1990s--does one stay true to oneself or sell-out?--his characters never break out of their types. This means none of their decisions are all that surprising. We can guess that, for instance, the uptight bean counter who initially blanches at the prospect of covering up a death will change his mind after being humiliated at work, and eventually decide he wants to e  a big man and deserves the lion’s share of the treasure. Likewise, we know that there will be other bad guys on the hunt for that money, and the urge to protect it will cause the friends to all turn on each other. 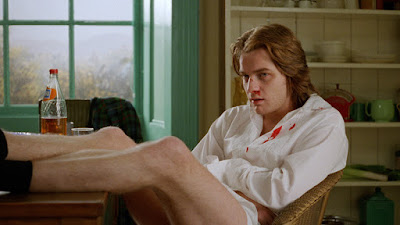 Which, hey, that could quite possibly be a good movie. Think The Treasure of Sierra Madre but in a four-room Edinburgh rental. The cast here is as game as John Huston’s was in 1948. McGregor is fresh-faced and buoyant, his charisma punching holes in the script’s smarm, and Eccleston is predictably tense but without the egotism later directors would exploit to varying effect. The problem here is that Boyle feels often more like an architect and a technician than a storyteller. Shallow Grave predicts the award-winning sheen of his most successful feature, Slumdog Millionaire, and like Slumdog, has the same preoccupation with making the pieces fit a schematic rather than find an organic path to the same conclusion. It’s more Jenga than plot. Have you ever asked yourself how Dev Patel’s character managed to be asked not just the right questions, but in chronological order mirroring the events of his life? 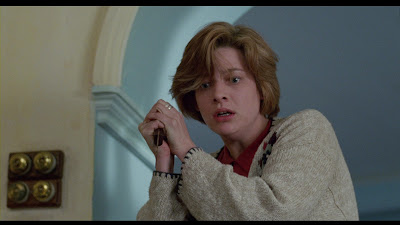 In fact, if you think about Slumdog’s ever-present, Oscar-winning score and how much polish that added to Slumdog, you have another connection. Because the music in Shallow Grave, provided by Simon Boswell (Santa Sangre, Hackers), is cheesy cliché all the way, like a bad television movie that is afraid the dramatic histrionics won’t work well enough on their own, despite how obvious the emotional beats really are. It’s all shortcut.

It’s also pretty easy to watch, and thus pretty easy to give Shallow Grave a pass, despite its considerable flaws. Boyle’s filmmaking is skillful and alluring, and draws the viewer along like a Looney Tunes character who has caught whiff of a savory pie, floating on air, ready to take a bite. Perhaps I’m being harsh on the film, I used to be a fan, and it’s been since the actual 1990s that I likely saw it. It’s funny how things strike you depending on where you are in life, and it is worth remembering how exciting the 1990s could be post-Sex, Lies, &Videotape; however, unlike that movie or, perhaps, Tarantino’s Pulp Fiction, Shallow Grave may be too much of a time capsule, frozen in its era, and less relatable for it.

"Mr. Dead Drug Dealer, you're trying to seduce me."