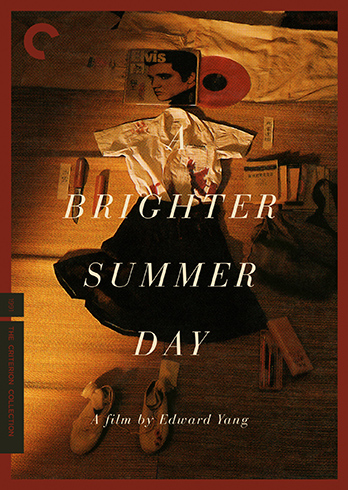 Just when a guy thinks he’s had enough of coming-of-age dramas about troubled adolescents, along comes a movie like A Brighter Summer Day to remind him of why he liked the genre in the first place.

Released in 1991, Edwin Yang’s true-to-life tale has a lot going for it: an interesting setting (Taiwan) during an interesting time period (the start of the 1960s), and historical roots that give it elements of a docudrama. The climactic incident that happens to our main character, Si’r (Chen Chang), actually occurred, and the fallout had a tremendous impact on Taiwanese culture and politics. Or so we are told in a textual coda, Yang’s movie is the build-up to the moment. The denouement is for others to explore. 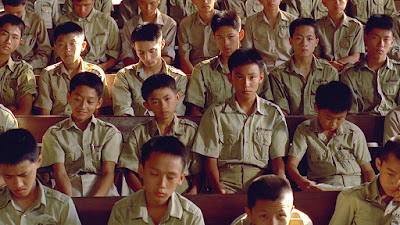 Taking into account all those things mentioned above, to call A Brighter Summer Day merely a coming-of-age story is to understate it. Yang’s narrative is all encompassing, novelistic in length and approach (the film is nearly 4 hours long), looking not just at the teenaged boy’s troubles, but the struggles of those around him and the reality that informed his downfall. Following the Communist takeover of China, many citizens left the mainland for the small island country of Taiwan to escape persecution. At the outset of the 1960s, the people there are feeling the influence of America (mostly by choice) and Japan (not so much) even as they endeavor to establish their own identity. As Si’r will find out the hard way, there is also an influx of the same oppressive politics his parents tried to outrun.

The Commies and the government are no match for rock ’n’ roll, though. It’s the biggest influence on Si’r and his friends, who form street gangs and adopt ludicrous American nicknames like Honey, Airplane, Tiger, and Deuce. Si’r’s best friend, Cat (Chi-tsan Wang), sings with his brother in a band that covers the latest hits, transcribed for them by Si’r’s older sister. The babyfaced, angel-voiced Cat doesn’t know the meaning of the lyrics, but he gets the emotion and sees how the girl’s react to even a middle-aged Asian man singing Elvis. The title of the movie is a misheard lyric from “Are You Lonesome Tonight,” and as Cat’s subplot wraps up, we’ll see that music has come to mean for him what it has meant for so many kids since Bill Haley first rocked around the clock: escape from the everyday. Cat and Si’r likewise indulge in escapism by spying on the productions at a movie studio neighboring their school. 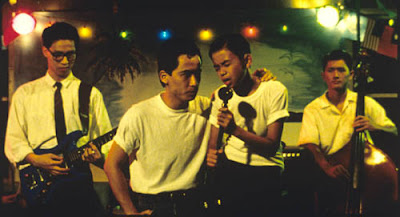 Ironically, Si’r is the one perhaps the least in need of escape. Though the budding juvenile delinquent’s behavior might remind one of Antoine Doinel in The 400 Blows [review], Si’r comes from a nice family who take an interest in his studies and, much to their eventual chagrin, trust him enough to think he’s sticking with it, even when bad behavior and poor performance gets him busted down to night school with other students who act out and underperform. Si’r’s older brother (Han Chang) has gone down a similar path. He’s a hustler with a penchant for pool. So far, though, Si’r has mostly observed rather than participated in anything truly bad. A little vandalism, a minor theft, that’s about it. The kid acts tough, and doesn’t back down when challenged, but he’s not got the mettle to carry through with real violence, especially when his opponent is at a disadvantage. 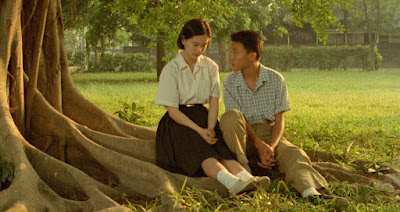 Deep down, Si’r has romantic tendencies. He fantasizes about a knife that Cat has, believing it was used in a lovers’ suicide pact, staring longingly at a photo of the woman who allegedly owned the blade. He also falls for Ming (Lisa Yang), the girlfriend of the leader of the Little Park Gang, currently on the lam from the law. His absence has left a power vacuum that other boys are trying to fill. This includes making claims on Ming. As many a sensitive adolescent before him, Si’r fancies himself a bit of a white knight, though his intentions and the girls he tries to impose them on never quite line up. Not one, but two young ladies dress him down for trying to change them. These fumblings ultimately lead to tragedy, and of a manner that has haunting parallels to other such tragedies of today.

It’s kind of fascinating how Edward Yang (Yi Yi [review]) constructs such a broad story, and yet manages to pull the strings closed to make it all seem like it’s been about Si’r and Ming. A Brighter Summer Day is so long because Yang’s eye roves from person to person. We see Si’r’s brother get tangled up with a rival gang he’s hustled at pool, we see Si’r’s dad burdened by work woes and government suspicion, and we see Ming’s mother and her declining health. Even the most minor characters get their own arcs. The owner of a café where the Little Park boys like to hang out is only in a few scenes, but from one to the next, she has suffered and grown. It’s not arbitrary, either: in the last scene in the café, Si’r is witness to an alternate option should he choose to step away from gang life. Likewise, his brother’s skill at billiards has an effect on Si’r’s trajectory, it’s not just there to add color. 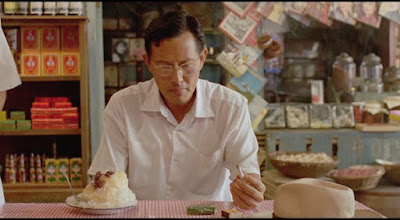 Yang’s style here is steady, both in visual presentation and scripting (he’s one of four credited writers). The pace and construction is a little bit Godfather-era Coppola, a little TV miniseries. There isn’t a lot of fat, nor a lot of lingering or expository scenes. The dramatic staging is realistic, and the natural settings feel lived in, but A Brighter Summer Day is still big moviemaking at its most fundamental. Yang’s story is large enough to take up as many reels as required. To be honest, before I realized that A Brighter Summer Day was a true story, I thought it might be autobio and Si’r was going to end up working at the movie studio. No dice. Instead, Si’r will eventually decide filmmakers really don’t know anything about life. It’s an ironically meta comment for a movie that itself seems to know so much. 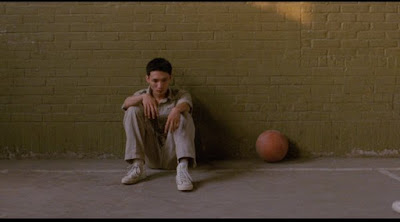 The bonus disc in the A Brighter Summer Day package features a 2002 documentary called Our Time, Our Story, chronicling the rise of independent cinema in Taiwan and the eventual loosening of government control of the motion picture business. The full-length doc does a good job of shedding light on the cinema scene that Edward Yang came out of, even if Yang himself is not interviewed. His contemporaries, like director Hou Hsiao-hsien (Flight of the Red Balloon [review], Three Times [review]) do a good job of explaining what a fertile, creative period the mid-1980s was and how they shifted the focus of mainstream movies from kung-fu and romance to reflect life at that time.

Also included is a videotaped performance from 1992 of Yang’s stage play Likely Consequence. Shot on a bare set with the audience flanking both sides, and featuring timed sound effects, the production is ambitious and engaging, even if the presentation here is lo-fi. The drama focuses on a couple debating what to do with a dead body that the wife may or may not have killed on purpose. The more they argue, the more that is revealed about both their past and their current situation. 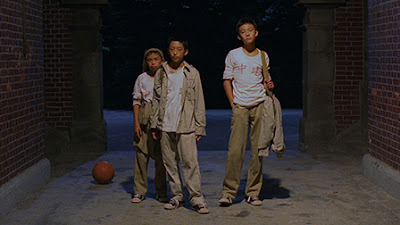