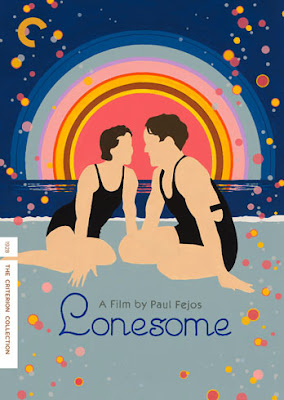 What a lovely surprise. What a simple treasure. Lonesome is easily the most delightful Criterion title you’ve never heard of. You’re going to be sorry you waited so long to see it.

Lonesome is a 1928 silent film from Paul Fejos, a Hungarian transplant to Hollywood. Fejos led quite an interesting life, the many turns of which are chronicled in the autobiographical video essay included on this disc, and so it makes sense that the restless explorer would transform a straightforward script about two working-class New Yorkers falling in love into a lively, experimental treat. 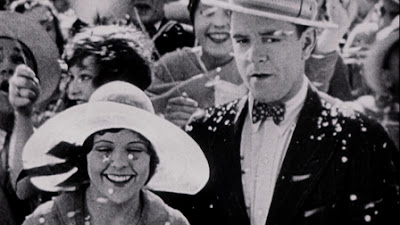 We begin on a typical morning as the two characters roll out of bed and go about their routine. Mary (Barbara Kent) is a telephone operator, Jim (Glenn Tryon) is an assembly line worker. Both live alone, both trudge back and forth from work to their tiny apartments. On the weekend, when different couples they work with plan activities they can do together, rather than be a third wheel, both instead opt to travel out to Coney Island on their own for the Fourth of July. There, as fate would have it, they meet. They end up spending the day together, enjoying the pleasures of the beach and the spectacle of the holiday, only to be pulled apart by circumstance, unsure if they’ll ever meet again.

There’s not much to this summation, but there is much to what appears onscreen. Fejos pulls out all the stops, almost as if he is working his way through a wish list of special effects and innovations just in case he never gets to make a movie ever again. He superimposes images over each other to show the excitement of Coney Island, including the dizziness the lovers experience on the spinning wheel. He uses tinting and rudimentary color to show the spectacle of the lights and the fireworks. There is even a sing-along midway through, encouraging viewers to follow the bouncing ball and become a part of the outing. There are also several different dialogue sequences, added to capitalize on the growing trend of talking pictures. 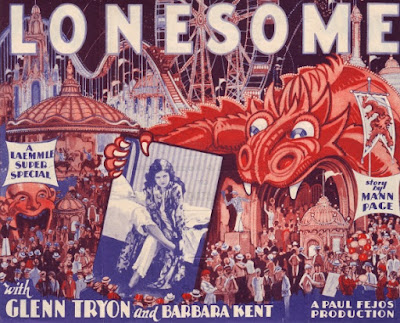 Fejos mostly uses these special segments to show the courtship of Mary and Jim. We eavesdrop as they flirt and tease and make plans. The director keenly understands that the key to a romantic movie is that the romance be real, and so he capitalizes on the meet-cute, even going so far as to isolate his actors in an empty space, a metaphorical representation of the all-too-common feeling experienced by two people falling in love: it was like suddenly there was no one else around. Granted, this might have been born of necessity. With Kent and Tryon alone on a soundstage, there was no reason to worry about extraneous noise. Necessity equals opportunity in this case. The two performers prove to have excellent chemistry, and the intimacy of the technique makes us part of their blossoming love story.

It’s hard to imagine why Lonesome doesn’t have a larger reputation. Mostly lost over the years, its sweet take on the plight of modern singles was paving the way for countless “lonely hearts in the city” rom-coms to follow. Yet, it would never be done again with such little pretention or calculation. There is something natural and spontaneous to Lonesome, with the filmmaker making the most of the tools available to him: his actors, the setting, the feeling of falling heels over head. While in other filmmakers’ hands, the threadbare plot and anything-goes aesthetic might have seemed like showing off or being more concerned with show pieces than character, the naïve excitement with which Fejos approaches it all that makes Lonesome special. Mary and Jim aren’t merely common or simple, but rather, they’re relatable. In the days before online dating and texting, when young adults might go out on their own and meet people, the despair of single living could give way to the hopeful dream of love. Fejos isn’t judging his characters, nor is he playing it for laughs; rather, the director is a wide-eyed romantic, and he opens his camera lens just as wide to all the possibilities available. 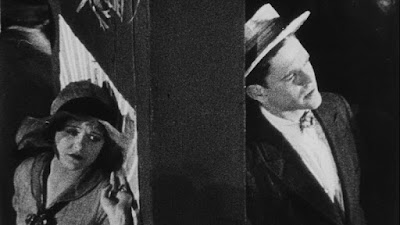 Sure, there’s a certain formula to this, especially in the “will fate intervene?” ending, but Lonesome knows where it hails from. In one of their conversations, Mary and Jim talk about a rather fanciful Saturday Evening Post story they both read. Many good writers wrote formulaic tales for the Post, including F. Scott Fitzgerald, who always managed to make a silly twist work through absolute belief and commitment in his craft. (My favorite is “The Offshore Pirate,” where the titular rapscallion turns out to be a rich playboy looking for love, because of course he is.) It similarly works here. Not just from Fejos’ efforts, but Kent and Tryon’s, too. They are 100% dedicated to the moment, and they play it with a winning sincerity. 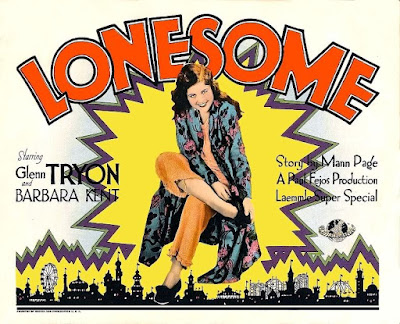 Though barely clocking in over an hour, don’t fret, Lonesome is worth the price alone--but you also get some pretty impressive bonuses on the Criterion disc in the form of two other full-length Fejos features, both from 1929 (more or less).

Broadway is a full talkie, and a musical to boot. The film is based on a play co-written by George Abbott of DamnYankees fame. While its backstage-nightclub plot is nothing too intriguing, Fejos’ facility with the camera makes it fun, and his innovative use of a crane means the musical numbers are larger and more ambitious than other talkies of the period. Plus, the final song-and-dance was shot in two-strip Technicolor, rescued here by Criterion.

Storywise, Broadway crosses the standard love triangle narrative with early gangster tropes. The nightclub show is run by a would-be hood, who stirs up trouble both by taking out a rival and also hitting on one of his biggest stars. Glenn Tryon returns here as the song-and-dance man with his eye on Billie (Merna Kennedy), the hoofer who has likewise caught the eye of their tough-guy boss (Thomas E. Jackson). Also of note is the streetwise chorus girl played by Evelyn Brent, who previously starred in von Sternberg’s Underworld [review].

Fejos packs out the nightclub set with flappers and tuxedoes, and spends most of the musical performances either looking down from above or circling the room to capture the party crowd. He also opens the picture with an audacious recasting of New York as a mythological locale. The songs may be as forgettable as the script, but you’ll hardly mind. 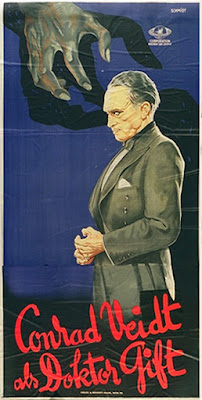 The third film in the set, The Last Performance had its silent debut slightly earlier than the others (1927), though it had sound added on wider release in 1929. That version is lost, and Criterion presents a Danish print of the original here. Stepping away from the New York locale for Europe, but sticking to the theatrical life featured in Broadway, Fejos helms a story of a stage magician and hypnotist, Erik the Great (Conrad Veidt, seen in The Thief of Baghdad [review] as Jaffar and later as countless Nazis in roles in films like Casablanca). Erik has designs on his pretty assistant (Mary Philbin, also Veidt’s co-star in The Man WhoLaughs), but so do other members of his entourage. When the girl’s attentions stray, Erik turns to trickery of another kind to try to bring her back around.

The Last Performance is the most conventional of the movies offered, which is funny since it’s the most fantatistical at the same time. Fejos sticks to a fairly straightforward aesthetic, though occasional shots do stand out, including a fairly imposing use of shadow, reminiscent of Soviet and German propaganda images from the era, in the scene where Erik discovers the infidelity. I also quite liked Fejos’ zooming back and forth between hypnotist and subject to show Erik’s influence over the crowd in his stage show. I quite like mysteries featuring hypnotists doing dirty deeds, as evinced by my comic with Dan Christensen, ArcherCoe & the Thousand Natural Shocks, so this is right up my alley. A melodramatic ending aside, The Last Performance is quality entertainment. 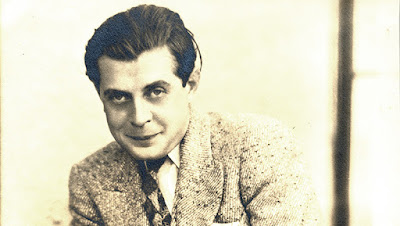