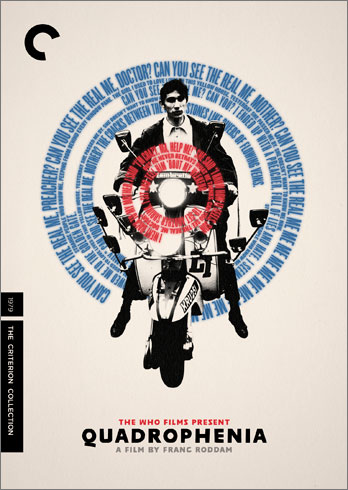 My first Who concert was seeing the Quadrophenia revival in the mid-1990s. It was a pretty amazing experience. How often do you get to see one of your all-time favorite bands performing one of your favorite albums? The second time I saw them was sometime later, in the early 21st Century, not long after my novel with the Quadrophenia-title, Cut My Hair

, had come out. It was at the Gorge up in George, Washington, a massive open-air theatre with, as the name implies, a massive chasm behind it. Not unlike the cliffs of Brighton at the end of Franc Roddam's 1979 movie version of Quadrophenia.

At that point, many of the songs from the project were still in the Who's setlist, and when Pete Townshend was introducing "Drowned," he noted that, in his travels around the world, people always grabbed him to tell him how Tommy had changed their lives. Except in the Pacific Northwest. Then it was Quadrophenia, how much they understood and identified with Jimmy. It's not often I willingly count myself amongst the weirdoes of my region, but in this case, I was a joiner. Count me as part of that group. 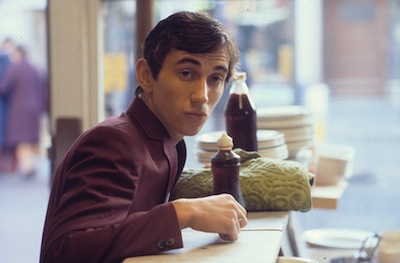 I wrote a couple of years ago about my connection to the Quadrophenia album, part of a music related project on my Confessions of a Pop Fan blog [read it here]. I also wrote about the movie once before, reviewing a touring print for the Portland Mercury when Rhino released the movie on DVD in 2001. That review went something like this:

Hollywood always gets it wrong. For anyone who has gone to the cinema to see their favorite book brought to life on screen, anyone who has a passion that some studio exec decided he could exploit, this is not a hard theory to get behind. Hollywood takes what's good and fucks it up.

This makes Quadrophenia the rarest of beasts. Not only is it an adaptation of a rock opera by The Who, but it's a rock opera about a particularly exclusive subculture, the mods. Pill-poppers, clothes-shoppers, scooter-hoppers--the mods were a special breed of '60s wild child that eschewed the dirty rock aesthetic for a more fashionable, mannered look and the shuffle of American soul and R&B. Released in 1979, Quadrophenia coincided with a mod resurgence propelled by bands like The Jam, who emulated The Who and the original fast fashion of Carnaby Street.

The genesis of the story, though, came six years earlier in the form of Pete Townshend's double Who album. The title refers to the peculiar psychological malady of Jimmy; a character designed to represent the four diverse faces of the band. Quadrophenia was perhaps The Who's most textured album, full of grace and raw emotion, following Jimmy on his journey of self-discovery. When it came time to bring the opera to life, it required a more subtle touch than Ken Russell brought to Tommy.

The solution? Townshend and the filmmakers traded most of the music for the story. In scruffy Phil Daniels, they found their perfect Jimmy. Through female troubles, parental misguiding, brawls on Brighton beaches, and the destruction of an idol (AceFace, played by none other than Sting!), Jimmy ends up on the other side of himself, a new person.

Best of all, director Franc Roddam pulls no punches. Gone are the cartoony good kids of early rock 'n' roll films, replaced with the crazed reality of one of the most exciting times in modern history. The good folks at Rhino have restored Quadrophenia for release on DVD, and by way of promotion, Portland is getting a rare opportunity to see it on a real screen. If you pass it up, then you're out of your brain. 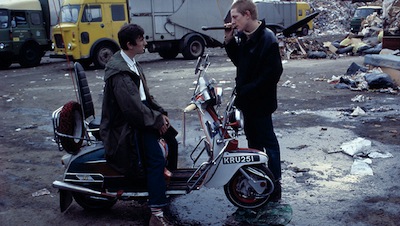 Funny enough, I didn't see the theatrical showing then, though I think I saw it on the big screen back in my college days, at a revival theatre in Westwood, CA, the same place I saw Raging Bull [review] for the first time. Before that, it was a worn-out VHS, copied from another VHS by putting two VCRs together. Ah, the good old days.

At most, I watched Quadrophenia once since I wrote the Mercury review, though it's possible to assume it has really been ten years since last I saw it. Watching it again on Blu-Ray was simultaneously familiar and comfortable and illuminating. I was struck by many things that never really occurred to me on prior viewings. For one, how Roddam takes his time with the story. He let's the aimlessness of youth dictate the pace, including digressions, distractions, and the uncomfortable waiting for something, anything, to happen. In league with this, I was taken with how sensitive a portrayal Phil Daniels pulls off. Jimmy is a troubled mess of emotion, and his ever-changing moods play out on his face. He's always going through something. Particularly watch the lonely moments, the solo rides on his scooter, the spacing out in his bedroom--Daniels makes sure that it never appears as if Jimmy's head is empty or his emotions ever settle. On the contrary, Jimmy knows no peace. 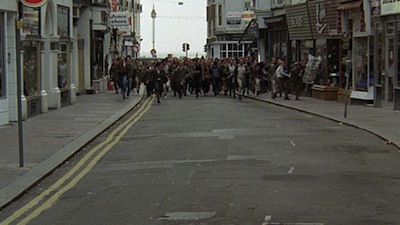 There is an itchiness to Quadrophenia that, even at 40, is all too recognizable (Michele Rosenthal notes something similar at Criterion Affection, too). 1960s mod culture, like most youth movements, was born out of disappointment with how life is turning out. When you grow up, you are either promised certain things that don't pan out or offered only unattractive opportunities. Jimmy is desperate to have a life, to have a connection, to have some purpose. This is what draws him to being a mod. Not only is it not boring and predictable like the rest of adult life, but it offers him a chance to belong and a clear ladder of success. Get the scooter, get the suit, get the girl; have the right records, learn the cool dance moves, be popular. It allows you to both define yourself as for something and against something, be it the rockers or the general conformity of a workday existence.

Of course, most subcultures have their own empty promises. The unintentional hypocrisy underscoring most of them, particularly the ones that espouse individualism, is that you are being a nonconformist by conforming to something else, regardless if it's something other than the norm. Mods have a uniform. You have to look and act a certain way. In my high school years, my peers and I wore black to "stand apart," and while the mass we were reacting against was larger than us, we were still a mass ourselves. I like Jimmy's dad unintentional parable about self-discovery. He tells his son about the boy's uncle, who was also confused like Jimmy, and never could follow through on anything, including suicide. He eventually fell down a well and drowned. It's bleak and ironic, and also a strange foreshadowing to where Jimmy was heading. 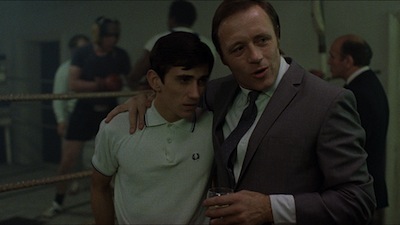 Jimmy's salvation is in his disillusionment. The more institutions that crumble for him, the more he is left with just himself. His friends aren't there when it counts, and romance died in a dirty back alley. The frustration and futility of seeing AceFace as not a rebel leader, but a lackey, is just the final straw. The existential outcry of "Me!" shouted from the cliffside and the destruction of the ultimate mod symbol, Ace's scooter, providing a kind of metaphorical suicide a la Camus, is the last separation Jimmy has to make. That Roddam lets the explosion dangle, lets the last image of Quadrophenia be Jimmy's transcendent action but without Jimmy himself, has a haunting brilliance. It's the only mystical moment in the movie. Jimmy has disappeared. (If only Jimmy could have known what we know about Sting, he'd never fall for his routine. It's amazing how Ace looks like a smug prat from the very first scene once you no longer believe that Sting, in any iteration, is remotely cool.)

It's really a testament to good coming-of-age stories that they don't stop being potent even as the audience gets older. It's because they are about identity and what it means to be a human more than they are about youth vs. adulthood. Quadrophenia is about the origin of oneself, about gathering all the disparate elements of who you are, the pieces being pulled in different directions, and consolidating them into a whole. It's a lesson well remembered at any age. What I think does come across now that I am older, though, is recognizing the full scope of Roddam's production. When you're younger, it all seems so inclusive, it's all about Jimmy, boxed in by the TV frame, and you forget to notice that this is actually being staged on a rather large canvas. Roddam wrangles an unwieldy cast in service to an unwieldy script, and the final scenes, shot with a sweeping vision by Brian Tufano, show us just how small Jimmy is in a great big world. It's the existential contradiction: recognizing the absurdity of our place in an indifferent, gigantic universe is the only way to get comfortable with being who we are within it. 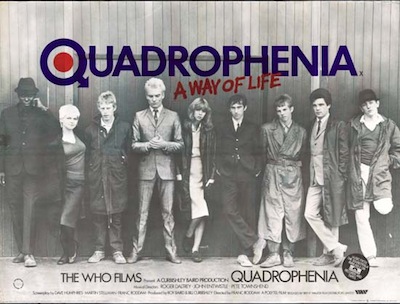 Note: Images featured here are from promotional materials and not from the Blu-Ray being reviewed.

Labels: blu-ray, coming-of-age-stories, Franc Roddam, music, my writing, The Who