THE ESSENTIAL JACQUES DEMY: THE UMBRELLAS OF CHERBOURG - #716 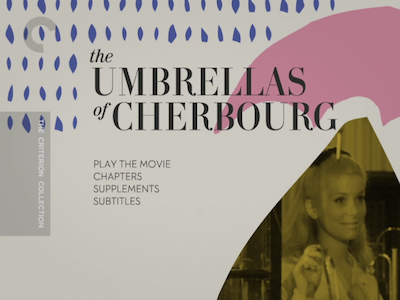 In 2006, Joëlle Jones and I published a comic book called 12 Reasons Why I Love Her. As you can likely guess from the title, it was a romance told in twelve chapters. Some were anecdotes relayed as straightforward narratives, some were more abstract, and they were arranged in something other than chronological order with the hopes of building a less conventional and more encompassing image of a young relationship.

I don’t recall entirely how we came to use the umbrella image on the cover, whether I specifically suggested to Joëlle that we pay tribute to The Umbrellas of Cherbourg or if she went that direction because she knew how much I love the  movie, but the results turned out rather fabulous.
So, in honor of that, I have decided to review this new release of Jacques Demy’s 1964 musical in a manner befitting the comic. 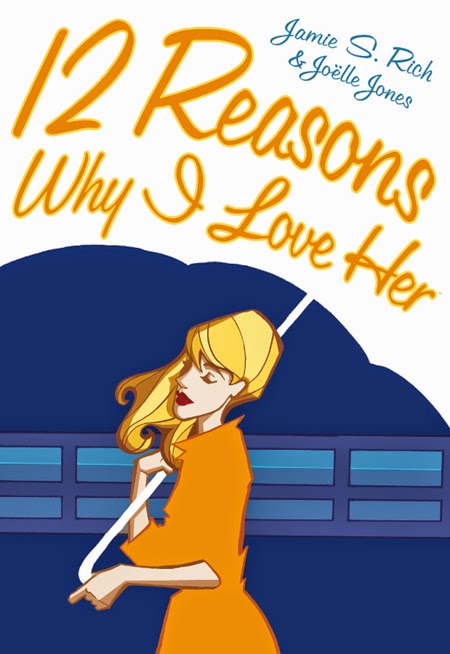 12 REASONS WHY I LOVE THE UMBRELLAS OF CHERBOURG

(1) Catherine Deneuve with a bow in her hair.

(2) Colors. Geneviève’s yellow sweater. The red and green of the apartment where Guy lives with his aunt. Madeleine’s dark green raincoat. Geneviève’s pink date outfit. The scandalous red at the nightclub. The way the umbrella store looks like it was painted with macarons. Or how characters’ outfits often match their surroundings, in some cases exactly, Geneviève’s silky frock with the exact pattern of the wallpaper. Surely this movie had some influence on Sofia Coppola’s color choices in Marie Antoinette? [review] 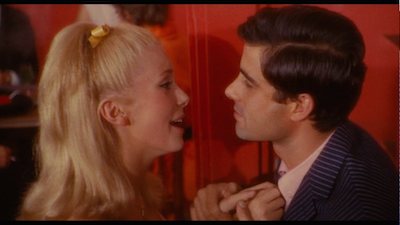 (4) The unreality of musical cinema married to very real subjects. The fact that every line of dialogue in The Umbrellas of Cherbourg is sung already removes it from any semblance of Neorealism, and yet unlike the more wholesome or censor-restricted musicals of Hollywood, Jacques Demy uses the music to tell a timely, personal story about premarital relations and an accidental pregnancy. Really, the tragic undertones are more akin to opera. Sure, some Hollywood musicals touched on darker topics, but usually buried in symbolism and coded language. Demy has no such obstructions, despite his film looking more innocent than any of them. 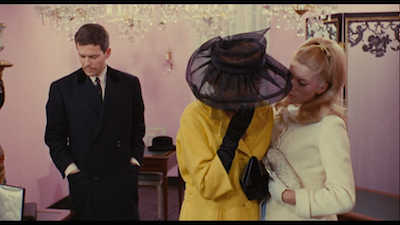 (5) Michel Legrand’s melancholy, romantic motifs, particularly his main lovers’ theme, also has as much in common with classical music and opera as it does with Golden Age Hollywood and the days of the studio orchestras. His sweeping romanticism would be equally at home in a Warner Bros. love story or an MGM tearjerker. 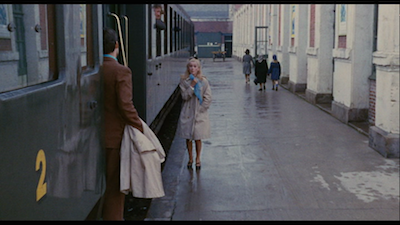 (7) Complicated characters. Geneviève is young and naïve, but also practical and opportunistic. Guy is an idealist made cynical by war and heartbreak. Roland’s own heartbreak causes him to approach love as a business transaction. Tough choices have to be made, all requiring more than two-dimensions. Demy’s cast are playing beyond their obvious types, even if the love triangle relies on familiar genre tropes.

(8) The Umbrellas of Cherbourg is even better if you’ve seen Lola [review] and realize that Marc Michel is reprising his role a Roland and his monologue about his failed love affair was not just invented to give him backstory. 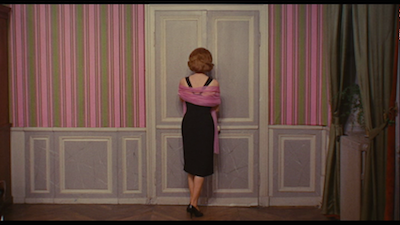 (9) Interior life vs. exterior. Most of the drama takes place indoors, but life carries on outside. A carnival is in full swing while Geneviève and her mother debate her choices, and the revelers are visible through the umbrella shop window, contrasting to the seriousness of what is happening inside. Likewise, the later snowstorm. 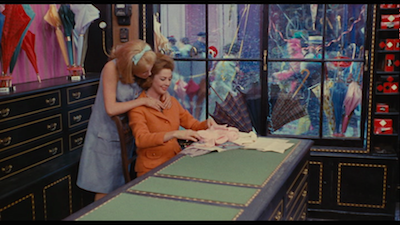 (10) Sex has consequences. Sometimes you get a baby, sometimes your hero goes and hires a prostitute and his sick aunt dies while he’s having his fun. Ooops.

(11) At the same time, lovers can make sensible choices and still be happy. Guy and Madeline make a good life for themselves, even if their romance wasn’t born of intense attraction (at least on his part). We possibly surmise that Geneviève and Roland are not as happy, but only because Geneviève carries the guilt of abandoning her lover while he was at war. For all we know, they were perfectly suited for each other. She always looked that sad, anyway. Which leads us to... 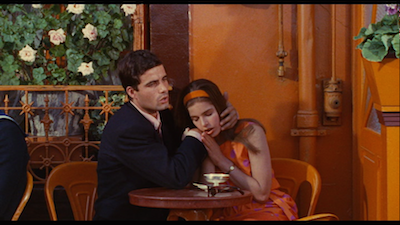 (12) Bitter reunions. Not even bittersweet. The ending both hurts and uplifts. First love, as it turns out, may not be the best love, and Guy makes a firm choice. No regrets. 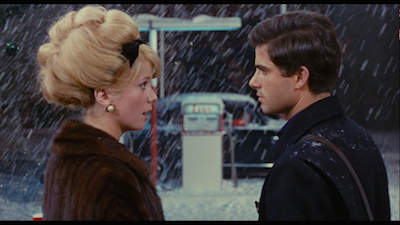 The Umbrellas of Cherbourg is a musical like no other. Demy’s style is pronounced, yet never insistent, blossoming here in a kind of controlled explosion. He pulls a deep sorrow out of this fundamentally romantic tale, toying with our emotions, invigorating us with the rush of love and then letting it slowly leaking out, nearly giving in to despair. It’s strangely wonderful in that it’s sad and true. But also just a wonder to watch and listen to. 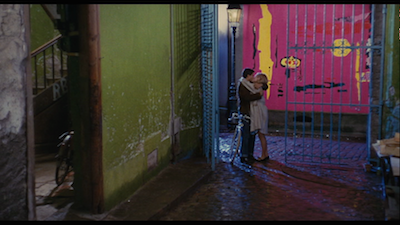 Though 12 Reasons Why I Love Her is currently out of print, you can buy signed copies of it, and all of my available books, directly from my website.