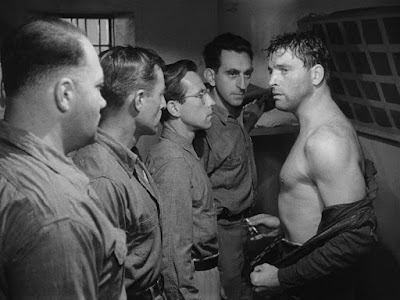 Criterion has always been kind to Jules Dassin, not just keeping many of his best films in print, but consistently upgrading them as new materials and technologies become available. The latest to join the Blu-ray ranks is the 1947-48 double-dose of Brute Force and The Naked City. This aren’t just cursory reissues, however, even if the external packages look the same; these new BDs, coming over a decade after their first editions, have brand-new 4K restorations that are, in a word, exceptional. The black-and-white photography has been fully cleaned-up, utilizing all the best sources, to bring every detail to life in a matter befitting the dark, gritty reality of Dassin’s world. 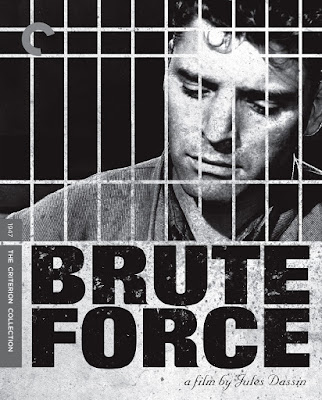 Burt Lancaster leads Brute Force [original review] as Collins, a desperate convict whose ailing wife has no idea he is in prison and is refusing medical treatment until he returns. This puts pressure on the hoodlum to find a way out, especially since he knows he’s not getting released by any legal means. He is resented and despised by the top guard at the prison, the sadistic Captain Munsey. Hume Cronyn exudes genuine evil as the mean-spirited screw. One scene in particular, where he tortures a man while playing classical music, dressed in only his undershirt, prefigures the greasy malevolence of Ralph Fiennes in Steven Spielberg’s Schindler’s List many decades later. A Nazi connection to this kind of cruelty wasn’t lost on Dassin: the war is very much on the minds of the prisoners, especially the one nicknamed Soldier (Howard Duff), whose tales of combat will provide the blueprint for the breakout. 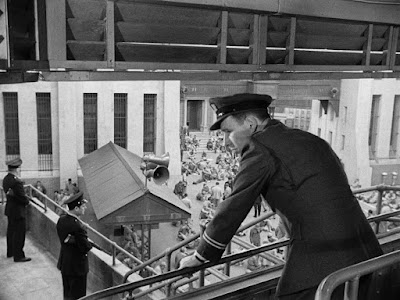 Soldier isn’t the only other inmate we get to know. Dassin and screenwriter Richard Brooks (In Cold Blood [review]) give each of Collins’ cellmates their due. As with The Naked City [original review]), Dassin is interested in all the stories, not just those of his main protagonist. How each man got to prison, and what they left behind, is important to why they want to get out. Especially since the picture morphs into an existential metaphor. As the alcoholic doctor reminds us in the end, all want escape, but it never comes in a manner we expect.

There is a similar theme present in The Naked City, particularly in the final scenes when the cops are closing in on the criminal, but the message of producer Mark Hellinger’s narration, and the script by Albert Maltz and Malvin Wald, is one of good over evil. While Brute Force is a dramatic hellscape where order is being imposed on the chaotic, The Naked City is a law-and-order environment where chaos is doggedly stamped out by the forces of justice. The film, famous for its documentary style and pretty much setting the template for television police procedurals--including its own namesake in the 1960s and eventually the entirety of Law & Order--is about solving one murder, because every life matters, even when that life is embroiled in crime.

Except it doesn’t, does it? Not really. Hence the bittersweet closing shots, and the classic declaration “There are eight million stories in the Naked City, this has been one of them.” Just one, of just one person, now ready to be forgotten. Because this is what we really can’t escape, while also being the only escape: oblivion. 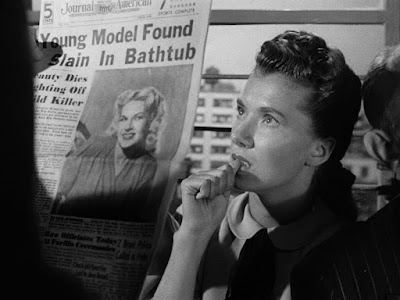 These discs were provided by the Criterion Collection for purposes of review.
Posted by Jamie S. Rich at 5:11 PM