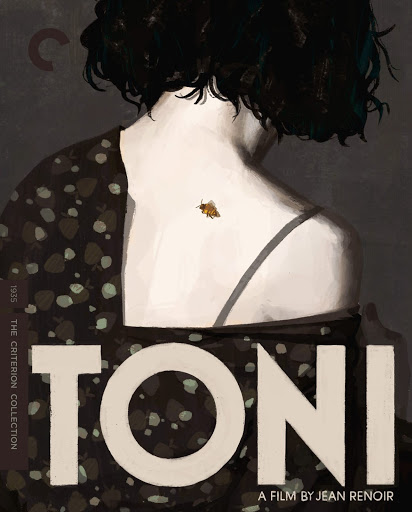 Toni is the 1935 drama from revered French director Jean Renoir. By his own admission (as seen in the intro included on this disc), Toni was Renoir’s attempt at Neorealism--though well before such a term existed. A story based in fact, shot in the town where the event happened, using people from the region--it’s not as raw as De Sica or Rossellini, but it is different from your classic Renoir. It’s sharper, less adorned, and more candidly honest about the lives it depicts.
The titular Toni, as played by Charles Blavette, is an Italian who has come to a remote French community that is home to many migrant workers. Toni works in the quarry, has an affair with the woman running his boarding house (Marie, played by Jenny Hélia), and lusts after the sexy farm girl Josefa (Celia Montlaván). Toni has big romantic notions, but more along the lines of his own success than of the lovemaking kind. Sure, he imagines a future with Josefa, but it’s also part of his bigger plan to take over the quarry and improve his status. This takes on an even more macho cadence when his rival Albert (Max Dalban) also decides to pursue both tgose things. A scant few minutes separate Albert’s encounter with Josefa and Toni’s arrival, enough time for Albert to force his affections on her. Disheartened, Toni marries Marie, leaving Josefa to a less-than-ideal union with Albert. 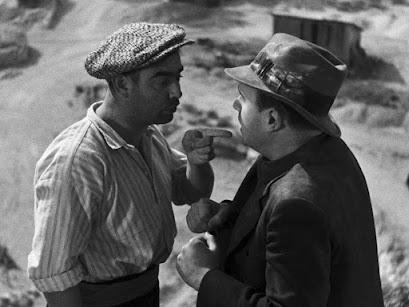 But, of course, it doesn’t end there. Josefa’s uncle ties Toni to his niece further by insisting he be the godfather to her child. The twists and tangles this causes marginalizes Marie, exposes Albert’s greed, and basically turns Toni into a weird white-knight stalker.
It’s interesting to consider this material and how Renoir might have approached Toni at a different time. This is really a melodrama in Neorealist clothing. Yet, instead of milking the script for the big emotion, Renoir’s mission aesthetic strips the story of its grandiosity and gets down to the nitty gritty of human desire and selfishness. Toni is no hero, and Josefa is no princess waiting to be rescued. If she has any real affection for either man, it’s never stated. And that kid that Toni is so concerned about protecting? You never really see it. 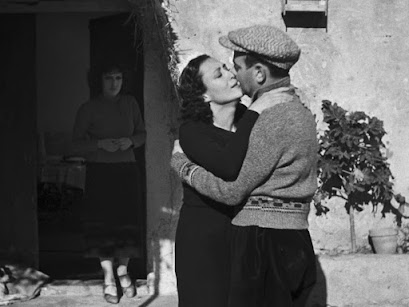 Renoir seems fascinated by these sordid affairs. It’s like he’s wound up all these toys just to watch them go. And he inserts innocent bystanders like Toni’s older pal Fernand (Édouard Delmont) to play a little bit of devil’s advocate, to probe on behalf of the filmmaker and his audience, and be a voice of reason when Toni offers none; also, there is a Greek chorus of traveling minstrels reminding us of the macabre ballads that told these stories once upon a time. There is an even keel to the proceedings, the laser focus of Toni’s mission not really allowing for bigger swings, he’s all about what he can make his own. Even Marie’s bold decision in the final third is absent of any exaggeration. She is just as determined as the man who spurned her, and Toni’s heart rate only rises after he realizes the truth too late. (Though, really, it’s Fernand, who himself loves Marie, that pieces it together.)
This seems by design. By going small, somehow things feel big. One love triangle crumbles, workers disappear, and a new train pulls into the station, unloading those that will come next, to either repeat this squalid history or make their own. The human tide beats on. 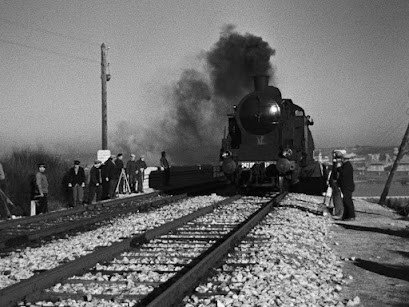 The new 4K restoration on Toni brings Renoir’s intentions to life, delivering a crisp black-and-white picture that gives sharp life to Claude Renoir’s photography. The location shooting looks amazing in this format, adding to the realism that the cameraman’s father was aiming for. 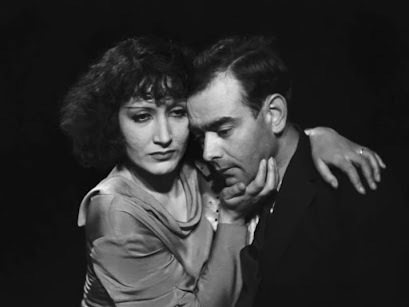 This disc provided by the Criterion Collection for the purposes of review.
Posted by Jamie S. Rich at 2:57 PM