Originally written for my personal blog in 2005. While, were I to write the piece again, much of my initial reaction would stay the same and is perhaps more relevant (sadly) fifteen years later, I would like to note that the comments about the veracity of Renee Caouette's accusations toward her father (marked with a *) were something I should have taken more seriously. While the filmmaker's techniques can be in question as it regards to the older man's portrayal, Renee's claims of abuse deserve to be given their full due. 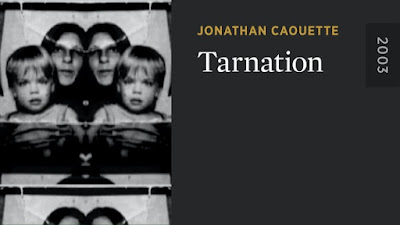 Jonathan Caouette's Tarnation is a puzzling, disturbing film. On one hand, it's arguable that it's like one of Godard or Orson Welles' essay films, updated for a time after music videos have affected how visuals and music are combined, with the whiz-bang editing style familiar to any MTV viewer. On the other, it possibly sidesteps what it wants to say by distracting us with that same style. The film is about one boy's journey into his family's mental history and how he fits into it, but does Caouette obscure his discoveries by over-abstracting? Or is the abstraction just a way for him to continue to avoid the hard answers?

Caouette is his own worst artistic enemy, it seems. Something about how he presents himself offset me as a viewer, made me inclined to distrust him. All artists are self-obsessed, but most step away from who they are when they deconstruct their lives for their art. Ironically, Caouette is always away from himself: he suffers from a mental disorder that causes him to disassociate from his own reality and view life as a dream. He uses film to try to get back into his own shoes. But I couldn't shake the feeling throughout Tarnation that the exercise was all bullshit. I wasn't witnessing soul searching but a masturbation tool for a man who is in love with his own visage. Caouette started filming himself at age 11, creating disturbingly graphic monologues where he'd play characters like battered wives and drug addicts. While they suggest a natural talent for film, these scenes also begin a pattern of Caouette staging his own life for the sake of the movie of it. In his final confession, when he is alone in his bathroom with the camera, I wanted to believe he was sincere in his epiphany; instead, I was more appalled by how badly he was mugging for the lens. 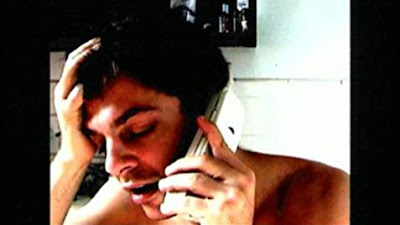 Caouette begins his history before his birth and carries us all the way through 2002. The way he puts images together, a decade can pass by over the space of a montage set to a single song. Midway through the picture, I was beginning to question what it was I was being shown. I didn't feel like I was getting to know Caouette or his family. The photos seemed random. I could have been looking at any stranger's photo album, purchased in a thrift store or found in the road. When the rush of images would stop, it was rarely to contextualize what had just been presented. Rather, the viewer is given increasingly exploitative, drawn-out sequences of the filmmaker's mother, Renee, losing her grasp on reality. One sequence, when she dances and sings with a pumpkin, feels like it will never go on forever as Caouette milks his audience for every last squirm. Renee believes she is Elizabeth Taylor's daughter and Dolly Partner's sister, and she's going to perform for us just like they do. This is where her son got it from. A former model and actress, mom's mental illness has become an elaborate stage for her to play her part on. Caouette witnessed her being raped and abused when he was four, and Tarnation oftentimes seems like his attempt to recreate that kind of trauma over and over so we can share it with him.

I couldn't help but feel sorry for Adolph, Renee's father and Caouette's grandfather, for being caught up in all this. He may have done the things his daughter claims (we'll never know)*, and he certainly was misguided when consenting to give her shock treatment, but the character Caouette gives us is of a genial old man who has tried to smile his way through it all, not the monster he'd have us believe. When his grandson moves to New York, he sincerely wishes him well and speaks supportively of the boy's abilities; except Caouette has him say his farewell into a machine that turns the old man's voice robotic. A prescient contrivance so he can suggest the sentiment is false? When Caouette accusingly turns the camera on Adolph near the end of Tarnation, it just feels vicious, and when grandpa declares he has had enough, I frankly felt I had, as well. 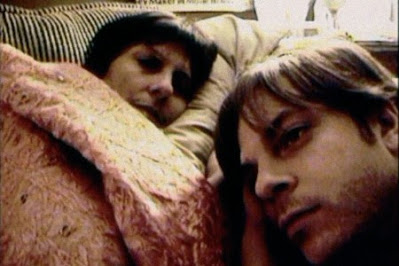 It's hard not to think of the famous scene from Madonna's Truth or Dare documentary where Warren Beatty says to the singer, "Why would you do anything off camera? What's the point of living if it's not on camera?" Often in this day and age, it feels like the majority of the population missed that Beatty wasn't saying that like it was a good thing. Technology has put the means of expression into just about everyone's hands. This blog is a perfect example of that. If I wanted to, I could follow the example of many others and record my every waking moment on here as if it were absolutely vital and important. The problem is, self-expression (and its evil twin, self-obsession) in itself is not all there is. We can't simply present what happened to us on our lunch break and expect the fact that it happened to grant it meaning. I like to joke that everyone has a right to an opinion, just not the right to express it...but I'm starting to think it's not so funny. Unless we start to demand that people extract something out of these experiences before they frame them for public consumption, we're going to lose sight of the big picture that is capital-A art. All the little snapshots are going to cover it up.

It's not an either/or question. One should dare to tell the truth. 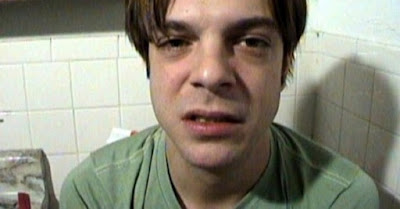