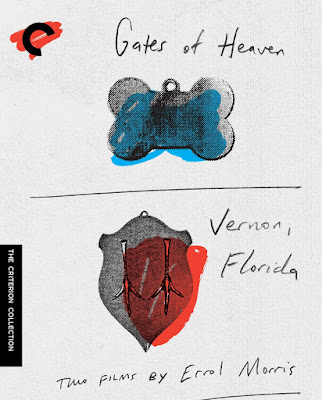 It’s never explained during the running time of the movie why exactly documentarian Errol Morris chose Vernon, Florida, as the subject of his 1981 documentary. Following on the heels of his acclaimed Gates of Heaven [review], it’s easy to see that the filmmaker is once again assembling a diverse cast of characters to tell their stories, but outside of their living in the same area, there isn’t an obvious connection. Legend has it that Vernon, Florida was originally supposed to be about people who had cut off limbs to collect insurance money, but when Morris found those folks less than cooperative, he pivoted to find subjects that were.

And he found no shortage of willing participants. Vernon, Florida is certainly replete with colorful characters--a nigh-obsessed turkey hunter, a preacher with demonstrable faith, a worm famer, and a cop who is more than content to police a sleepy burg where nothing happens are just a few of the townspeople who share their existences with Morris’ camera. Each is eager to impart what they know--which actually may be their connection. They are all backwoods know-it-alls, disdainful of that which doesn’t come straight from the land or is easily discernible with the naked eye. Even the fellow in the beginning who bought into some kind of jewel club is convinced the precious stone he was sent for his membership fee is a fraud. Why? Because even though he has a jeweler’s loupe, he doesn’t know what to look for. Where is the chain of evidence on this rock? 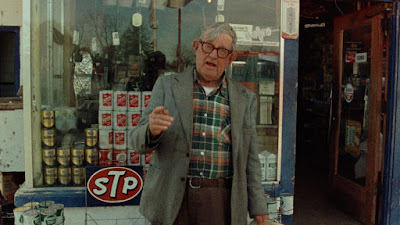 Then again, maybe he should listen to the old man who describes his encounter with an atheist. When the non-believer told him that all life “just happened,” it seems more than obvious to the believer that the thing that made it happen is God. If I exist and you exist and all that’s around us exists, and we don’t know where it comes from, what other explanation is there?

Morris, of course, does not challenge this or any of the other claims he hears. And there is nothing to say that any of his interviewees are necessarily full of crap. The worm farmer, for instance, who insists books written about the cultivation of “wrigglers” got it wrong, bases this on practical experience. The only thing that will really teach you is doing. Just like the only true deterrent to speeding, which is about the only crime Vernon knows, is for the cop to park his car out in the open and let the drivers see him. Then they’ll think before hitting the gas. 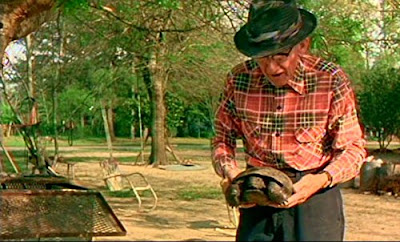 It’s all simple to grasp, and all the men are charming in their way, but where we get the Morris twist in Vernon, Florida is perhaps in his choice to let the men talk long enough that they sometimes show themselves up. The guy with the jewel, for instance, seems to have a habit of spotting things that aren’t there and then exhibits no follow-through to find out what he really saw. And for all his bravado about the turkeys he’s shot and his ability to track the “gobblers,” why is it that for Morris, the hunter only ever points out things that sound like the turkeys but aren’t? Sure, this is obviously him trying to prove how smart he is, believing the filmmaker would be fooled by the doppelganger sound, but it also feels like maybe Morris is winking at us. These know-it-alls don’t always know what they don’t know.

And hey, if God creates all things that “just happen,” then is He the unseen shooter that put a bullet through the police car’s windshield? Asking for a friend... 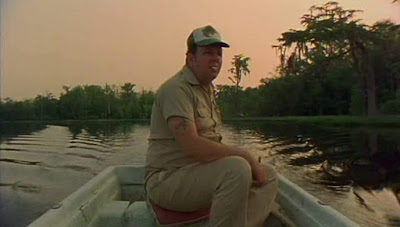 Great selection of various types of accessories is the most important thing for me. The best razor for shaving head works great for hair as well as for beard. Battery lasts several hours. I found it as a perfect choice for me.

Smooth and at ease revel in and their work is extremely great. custom mirrors