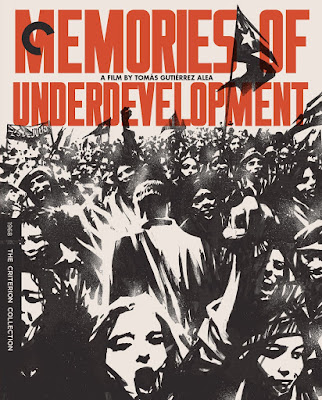 A masterwork of Cuban cinema recently restored, 1968’s Memories of Underdevelopment is a revelatory effort, fully formed, unique in voice, marrying the virtuosity of Mikhail Kalatzov’s I am Cuba [review] with the freestyle experimentation of the Nouvelle Vague to bring to life the literary style of Latin American fiction. Directed by Tomás Gutiérrez Alea, working from a novel by Edmundo Desnoes (who also contributed the screenplay), Memories of Underdevelopment is a challenging examination of a country in flux, as well as a dissection of its central character, whom we can take as representative of a certain apathetic class of Cuban citizen. Memories of Underdevelopment  manages to be both political and subversive, using its lead as a way to never take a side, and thus leaving you to wonder if Gutiérrez Alea is for or against the revolution; perhaps neither. 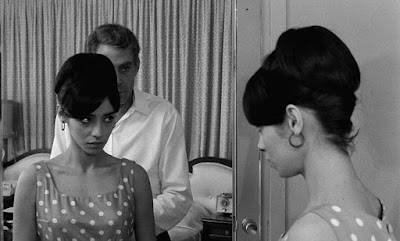 Sergio Corrieri stars as Sergio, an intellectual idling away his days, nursing a novel we know he’ll never finish writing, while quietly judging those around him. The narrative of Memories of Underdevelopment nestles between the Bay of Pigs and the Cuban Missile Crisis, at a time when many were getting out of Cuba before the political tide turned against them. Sergio has decided to stay, even as his wife and family immigrate to the United States without him. Much like the film itself, Sergio is of no particular stripe. He professes disdain for his fellow bourgeoisie, but also has no affinity or understanding for the proletariat. When his maid (Eslinda Núñez), who has gone unnoticed by her employer for a good amount of time, her subservience initially overshadowing her beauty and total identity to a selfish man, tells him about her Christian baptism, Sergio imagines it as an orgiastic escapade; later, when she shows him photos of the event, he is surprised to realize that not only was it a completely chaste affair, it was a public one. Sergio rarely considers there are other people, and that they are connected to one another in ways he mostly avoids. 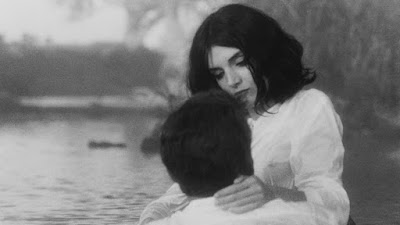 After a fashion, Sergio is the classic professorial type, living an impotent life of the mind while chasing a potent physical one. At one point, he picks up a copy of Nabokov’s Lolita, and indeed, there is a bit of Humbert Humbert in Sergio, from his false sense of superiority to his predilection for young women. Sergio’s central relationship in the present is with Elena (Daisy Granados), a teenager whose mercurial nature infuriates him as much as it draws him in. The dalliance with Elena fits the pattern of his other relationships, including the selfish games he played that drove his wife away. Perhaps more telling, though, is how Sergio pines for his first love, a European transplant who was still in school when they met, and whose parents whisked her away to New York before they could be married. Pretentious gentlemen, it seems, prefer young blondes; her youth and color are both symbols of innocence.

This sexual peccadillo gives an added meaning to the title Memories of Underdevelopment, though not necessarily a meaning Sergio sees. The word “underdevelopment” has many applications in Gutiérrez Alea’s film. Sergio applies the term to both the nation of Cuba and its people, seeing them both as un-evolved and lacking in culture. He complains regularly of a lack of consistency, while he remains rigid, ironically failing to evolve himself. He is a man in the middle of a social revolution who continually alienates himself from society. When his friend Pablo (Omar Valdés) is leaving for America, Sergio’s voiceover tells us how glad he is to be rid of the man, but his face suggests a loneliness he doesn’t care to admit. 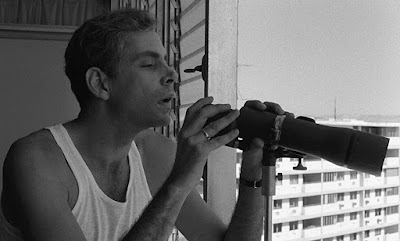 Gutiérrez Alea has a lot of fun juxtaposing word and image throughout Memories of Underdevelopment. Even as Sergio denigrates his countrymen, we see a vibrant fellowship of man going on all around him.  The director and his editor, Nelson Rodríguez, compose a complex mis en scene, weaving documentary footage in with their fictional narrative, going so far as to insert Sergio in real-life events, including a scholarly roundtable that the stuffy Sergio dismisses as being all about words, and no action--making it all the more ridiculous that he also dismisses Hemingway from moving in the opposite direction, leaving the words and taking his own life. Gutiérrez Alea even puts a self-reflexive joke into the movie, showing us a collection of quick scenes censored from movies by the previous regime. Because everyone knows that cinema is a source of moral decay. 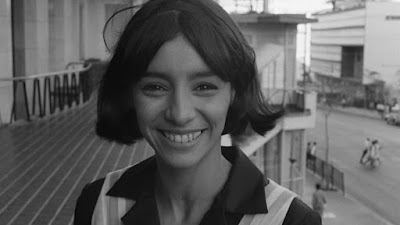 Image and sound actually end up being very important to Sergio’s romantic failings. He more than once replays an audio tape on which he and his wife argue about the very fact that he’s recording her. And when Sergio’s stinkin’ thinkin’ undoes his affections, Gutiérrez Alea illustrates this through montages of still images, shown in reverse. For instance, when Sergio has had enough of Elena, he plays back their time together, starting with the most recent coupling and working back to when he first ran into her on the street. He mentally regresses, undoing any emotional connection they’ve otherwise nurtured. In one way, this is an exercise in memory, but then, so is all of Memories of Underdevelopment, its disjointed structure mimicking the choppy nature of its narrator’s remembrances. 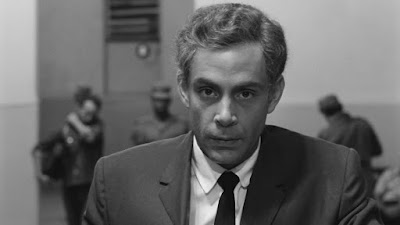 Naturally, Sergio can’t make it all the way through the movie without getting some kind of comeuppance, and it’s fitting that it comes from Elena, the strongest personality next to his own. (Daisy Granados is remarkable, and could have just as easily been transplanted into one of Jean-Luc Godard’s peppier ’60s efforts.) Symbolically, though, Elena and her family coming for Sergio is representative of the proletariat lashing back at the bourgeoisie, and the fact that he gets away with his bad deeds shows how little has been done to topple his kind from positions of privilege.  Then again, given that they manage to dismantle his confidence and shake his moral belief, perhaps it’s more fitting. He is a man who should be taken down through ideas rather than more punitive measures. While the rest of the country must deal with the very real threat of potential nuclear destruction, Sergio is faced with a more existential crisis. Knowing that he probably deserved to be punished for his behavior, he becomes paralyzed by his own thoughts. Again, this makes his dismissal of Hemingway all the more ironic, because Sergio is too crippled by his own ideas to pursue a solution. Sergio noted that Hemingway conquered the fear of death, it was just the fear of time and life he could not handle, and as Memories of Underdevelopment ends, time and life seem to be all Sergio actually has. 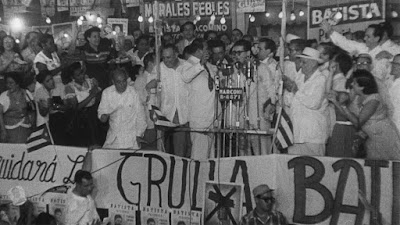 The cover and interior illustrations for this edition of Memories of Underdevelopment are by comic book artist Danijel Zezelj, known for his work with Brian Wood on books like DMZ, The Massive, and Starve. His style is unique in comics, combining street art and European propaganda design with graphic narrative for something altogether his own. He is currently drawing Days of Hate for Image Comics, and he previously contributed art to Criterion’s release of Francesco Rosi’s Hands Over the City. 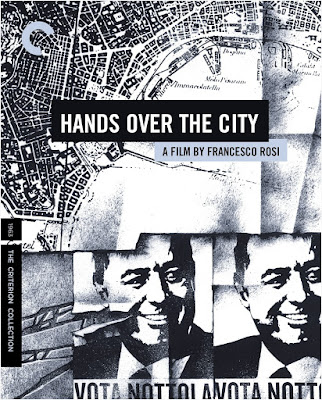