This review was originally written for DVDTalk.com as part of the Roberto Rossellini 2-Disc Collector's Edition in 2008. 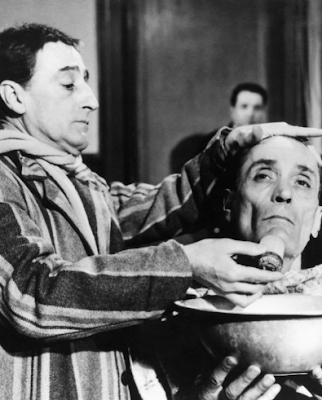 Dov'è la libertà...? (Where is Freedom?) a dark social comedy from 1954 that stars Italian screen icon Toto as Salvatore, a man pleading his case before a judge in a Roman court. Salvatore has spent twenty-two years of his life behind bars, and after only a short time of being on parole, he was arrested again, this time for trying to break back into jail.

As Salvatore explains, prison life had an order built on a mutual need amongst the imprisoned to survive their incarceration with as little hassle as possible. Ten or more men to one cell meant forming a miniature society, one where the quiet barber muddled through by keeping order and helping the others maintain a fresh perspective. Salvatore himself was sent down the river for killing a man who tried to force himself on his wife, a crime of passion he is ready to put behind him. Unfortunately, the march of time has passed him by while being away, and he is surprised to find the world is not as trusting of him as he is of it, nor as honest. On the outside, Salvatore bounces from one bad situation to another, getting involved in a crooked marathon dance, the flirtations of the selfish daughter of a boarding house landlady, and even his former in-laws, who prove to be the least trustworthy of the bunch. And don't even ask what he finds out about his late wife! With each set-back, Salvatore loses a little more of his faith in humanity, making him long for the moral order of prison life and inspiring his reverse jailbreak. 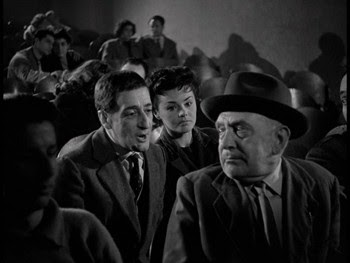 Dov'è la libertà...? is a quietly satirical film, avoiding broad jokes and relying on a sort of common sense comedy. For as irrational as Salvatore's actions seem on paper, his point-of-view makes perfect sense, particularly as it is explained by Toto. With his expressive eyes and hound-dog face, the actor's weary bafflement comes across as totally logical. He's a little like a latter-day Buster Keaton, with maybe a smidgen of Marty Feldman and Peter Sellers thrown in. There's just something about his exasperated expression that makes you want to believe him even as you laugh at him for being so gullible. How can society be so out of tune with a man so down to earth? 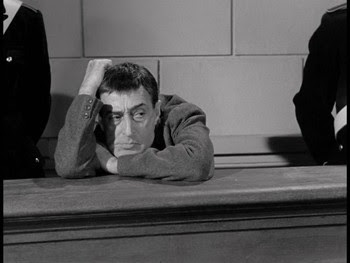