BEDLAM/I WALKED WITH A ZOMBIE - FILMSTRUCK

These reviews were written in 2005 to cover the Val Lewton boxed set and published in my now-defunct column "Can You Picture That?" It is adapted here now that several of Lewton's productions have been added to Filmstruck for Halloween. 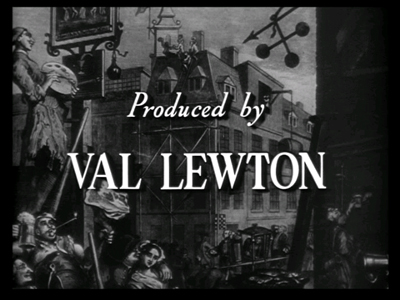 Val Lewton started off as a pulp novelist before being hired by David O. Selznick to work as part of his production team. RKO eventually snatched him away to try to revive the studio after the Citizen Kane fiasco of 1941, and Lewton created a roster of efficient craftsmen to start cranking out B-movies for the studio. The result was some classics of the genre, famous for their sense of invention. Lewton had to work quickly and with little money, so he developed a style that used economy to its advantage. The stories were tight, usually preying on the imagination of the audience by keeping much of the macabre violence offscreen. Lewton realized it was better to make you create your own impression of the horrible things that happened, to make you a part of the experience, flying directly in the face of the Universal monster fests that had been on top of the horror heap for quite some time. 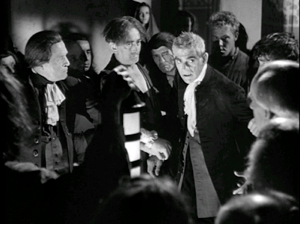 Mark Robson, a former editor who collaborated with Lewton, directed Boris Karloff in 1946's Bedlam, the second film the pair made together, and it has a similar center to their first team-up, Isle of the Dead: a malignant force trapping people in one place to serve his own ends. In this case, however, Karloff’s apothecary, Master George Sims, doesn’t see any greater good the way Isle's General Pherides becomes misguided in trying to preserve his army. Sims is only trying to preserve himself and maintain his position as the head of the infamous 19th-century mental hospital.

Based on engravings by William Hogarth, Bedlam is gruesome and macabre. It’s not a traditional spookified frightfest, but instead uses its medical setting and the sociological conditions for a little psychological horror, playing on a rather common fear: being wrongfully committed to the madhouse. When Sims locks up Nell Bowen (Anna Lee) for opposing his cruel tactics, it can stand in for the anxiety any of us would feel in a situation we can’t escape from. It’s survival against malicious forces beyond our control. Ultimately, Bowen’s kindness does exactly what Sims fears: the lunatics take over the asylum. 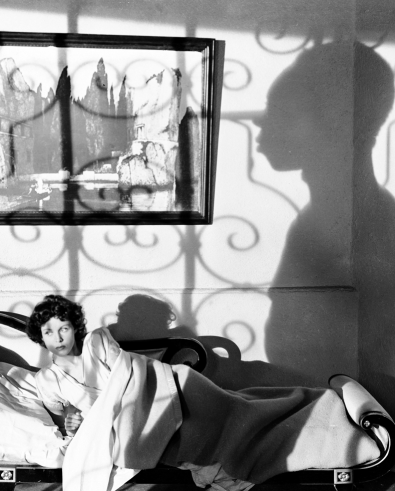 Jacques Tourneur’s 1943 film I Walked With a Zombie is easily a standout of the genre that takes us to the West Indies where voodoo is alive...and so are the dead!

Tourneur creates a gorgeous setting for the story: the tropical estate of the Holland family, long-time exploiters of the island people. Amidst the lush foliage is a statue of Saint Sebastian, the namesake for the island, pierced with arrows, his body arched in pain. When the rain falls over its torso, the statue appears to bleed. Frances Dee plays Betsy Connell, a nurse hired to come to the island and care for the catatonic wife of Paul Holland (Tom Conway). No one is exactly sure what happened to the woman. One explanation is she caught a tropical fever that wiped out her mind, and another--one popularized in a local song--says that when Paul found her canoodling with his half-brother, he persecuted her into insanity. The locals that make up the servant class on the Holland estate believe something different, that she is no longer alive at all. She is the living dead!

I Walked With a Zombie works along many parallel lines. In one sense, it is an indictment of imperialism, decrying the wounded state of the oppressed people. The citizens of Saint Sebastian were brought over on slave ships, and they are so distraught over their non-lives, they cry when a baby is born and laugh with relief when one of their number dies. Their state of living decay is beginning to affect the Hollands, and the family is falling apart. The dominance of the now indigenous culture is also a victory over the oppressors’ science. Mrs. Rand (Edith Barrett), the Holland matriarch, is a doctor, and she has invaded the voodoo ceremonies to sneak a little medicine into suspicion. Yet, there is nothing she can do for her daughter-in-law, and as the voodoo priests call the zombie out into the sugar fields, she begins to believe there is something beyond what she can understand or control. 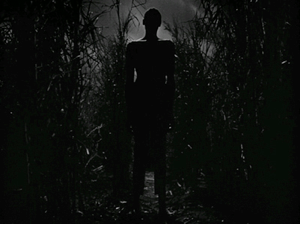 The mixture of science and magic holds very real consequences that are analogous of the ways we interact with each other. The infidelity of the Holland family has destroyed their grasp on their opulent life. Only Betsy’s goodness pulls Paul out of the abyss. The same cannot be said for his brother. Unable to let go of the feelings he has for the zombie woman, he ultimately meets a dire end, finding the relief in death that the islanders have promised. Fittingly, he and his absent lover are chased to their doom by the only other zombie in the movie--a towering island man who has come to claim the woman so she can be put amongst his people, where she now belongs.

Tourneur’s direction is lyrical, using the natural surroundings of Saint Sebastian to their full effect. This is a story about nature winning out, after all. Amusingly, the film was based on a tabloid story about a woman’s love affair with a dead man. Lewton was often given very little to start his films with, sometimes just a title. The triumph of I Walked With a Zombie is that of creative men taking small beginnings and making something bigger out of it. 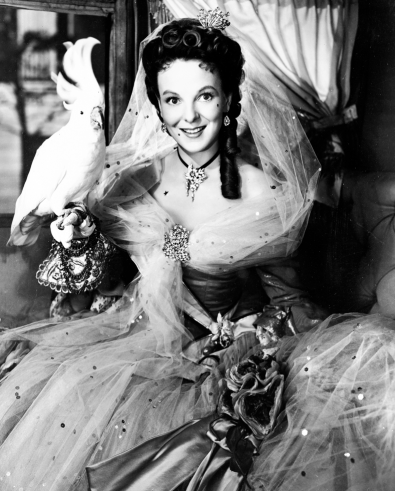 Martin Scorsese has said that film fans that don’t like horror movies can’t be real film fans. Horror films are movies at their most visceral, playing with our bodies and our minds, provoking reactions. In these splatter-filled days of ridiculous curses and unrestrained gore, horror films don’t poke at our imaginations the way these older movies did. In the end, their endurance is evident of the lasting scares they inspire. Even their lack of color gives the viewer something spookier, something culled from the terrors of the night. Pass on the latest remake making a box office grab and go to your local video store for something with a little more power, and then get ready for a scary Halloween.