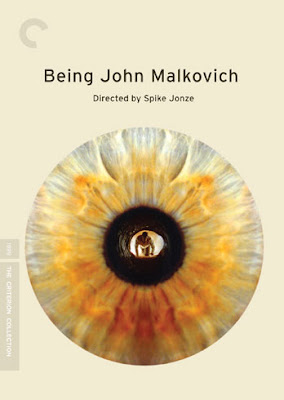 When watching Anomalisa a few weeks back, I was reminded that when it comes to Charlie Kaufman, you kind of have to go all in or not at all, there is no meeting him halfway. This is particularly true since he started directing his own scripts, removing any outside editorial eye. Anomalisa and his previous feature, the astonishing, maddening Synecdoche, New York [review], allowed all of his thematic obsessions to come full-bore in such a way that, as Marc Maron would phrase it in his recent podcast interview with Kaufman, the audience would have to reckon with them. At times, it’s hard to tell if Kaufman is entirely in control or he’s just on a determined quest to get as much out as he can at any one time.

And yet, backing up and watching his first produced script, Being John Malkovich, helmed by Spike Jonze back in 1999, we see that Kaufman has changed hardly at all in the last 17 years. He’s very much the driving force here, the virtuoso guitarist who defined a band’s sound, and it’s his collaborators--Jonze and Michel Gondry--who had to redefine themselves upon his leaving. 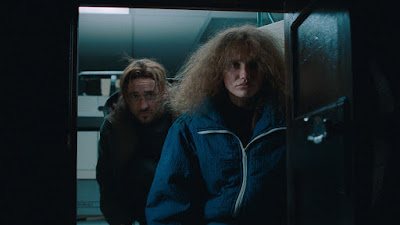 Even if you haven’t seen Being John Malkovich in a while, you’ll still probably make the connection between the odd puppets used in Anomalisa’s stop-motion animation and the marionettes used by John Cusack’s character, Craig, in Malkovich. For Craig, the puppets are a means to express his inner anguish, as witnessed by the modern dance routine he puts his doppelganger through in the opening sequence. Likewise, anguish is the order of the day in Anomalisa. As so many reviews have suggested, it is the most human film you are likely to see right now, and there isn’t an actual human in sight. Nor do Kaufman and his co-director, Duke Johnson, attempt to make their creations appear real. The seams around their parts still show, we are aware that there is a hand guiding them. Kaufman as puppeteer. 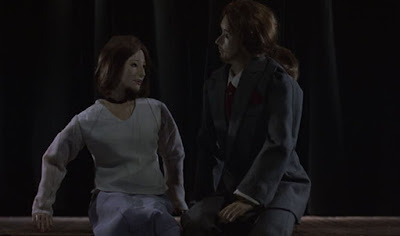 The puppets from Being John Malkovich. 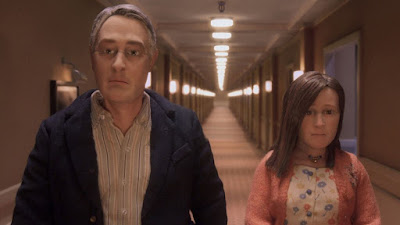 The puppets from Anomalisa.

Which creates an image within an image. Kaufman as the man holding the strings above Cusack holding the strings of the Craig puppet. What Anomalisa shows and what Craig attempts to create is a world diminished, and that diminished world within a world. It’s not just the puppet stage held within the movie screen, but also the floor 7 1/2, the floor between the other floors, where Craig goes to work, where every person who stands has to stoop. (And, it is likewise explained by a movie within a movie.) Yet this is also the visual metaphor of Synecdoche, NY, the endless iterations, the idea within the idea. You build a movie set that mimics the outside world and inside that set is another set that replicates the first and so on--with the fictional director (Philip Seymour Hoffman) standing in for the real director, orchestrating his own large scale shadow dance.

Thought of this way, the portal into John Malkovich’s head in Being John Malkovich is a similar construct. As the audience, we project things upon an actor like Malkovich--in the movie, the jewel thief role he never played--and so why not take that a step further and go inside his head and become him. The puppetmaster is absorbed by his puppet. Malkovich does a much better job of imitating Cusack imitating him than either Travolta or Cage switching in Face/Off despite being about as believable a scenario. The device also allows Kaufman to say something about our own self-absorption. When Malkovich is in Malkovich, then everyone is Malkovich. We project on him, but he projects himself right back. Or, consider it the other way: when Craig gets a chance to fulfill his wish of being in someone else’s skin, he just reverts to being who he is. He doesn’t masquerade as John Malkovich the actor, he reinvents John Malkovich as a puppeteer. 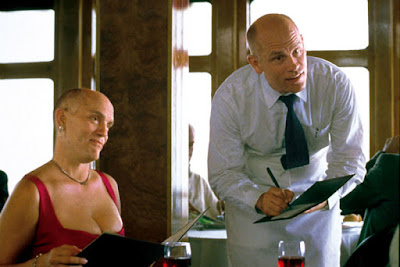 As with any Kaufman movie, there is a lot to unpack in Being John Malkovich. There is a surfeit of ideas, both progressive and transgressive. For instance, there is the notion that perception itself is a kind of malady, such as the way Mary Kay Place’s Floris dismisses her own hearing problem as everyone else having a speech impediment. (Compare David Thewlis’ Michael Stone in Anomalisa and the Fregoli Delusion, by which he hears and sees all other people as exactly the same.) Or the complicated identity issues of Cameron Diaz’s Lotte mixed with Craig’s troubling reaction to the same. Diaz has never had another role quite like this one, doing more here than burying her usual cuteness under a rat’s nest wig, but somehow tangling her own natural charisma in Lotte’s insecurity so that we can see there is more to the girl than meets the eye. For his part, Cusack has never been so unlikable. His casting subverts audience expectation, he’s usually the guy we root for, yet Kaufman and Jonze spend the length of Being John Malkovich turning us against him. Could the pair of them have cursed Cusack, or did they see the writing on the wall, that his manchild persona was reaching its expiration date. Cusack would make High Fidelity and Serendipity right after Being John Malkovich, and in both, he would play a romantic who would have to come to grips with his youthful ideals in some fashion. These are also arguably his last two truly good movies, and the last of his quality performances. This growing up thing did him no favors. 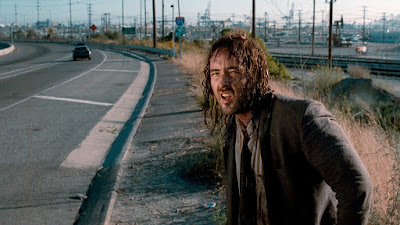 Is it telling, too, that I seem to have lost any interest in trying to dissect or summarize any of the plot here? Being John Malkovich is structurally unconventional, freely changing directions when necessary as its bizarre machinations reveal themselves. Most descriptions would probably focus on the “weird,” but Being John Malkovich is never weird for its own sake. Rather, Kaufman is really playing it for laughs. This is an absurdist comedy. The exaggeration of the situations exposes the normalcy of the characters. These are all people with small dreams and conventional desires. In some way, everyone wants control, but yet, they also all want love, even if their core problem is they don’t know how love works or how to give it. Deep down, past all the layers, the different players just want to be who they are. Even Malkovich, who gets one of the film’s truly heartbreaking moments, the brief instance between expelling Craig from his mind and the next group coming in, where he realizes he has gotten himself back. His pleads to maintain his own persona, of course, go unanswered. “Is Malkovich Malkovich?” 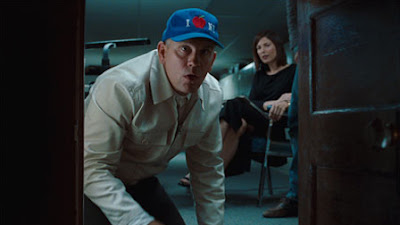 The view of humanity we get in Being John Malkovich isn’t very positive. Everyone here is operating only for himself or herself. It is a movie, after all, where Charlie Sheen serves as a kind of moral compass, and only a chimpanzee has empathy. The brief shift of POV to go inside the chimp’s memory and see through his eyes when he was taken into captivity as he attempts to tell Lotte that he understands the abuse Craig is heaping on her is disturbingly effective. He not only empathizes, but he somehow forgives that Lotte keeps him caged in a similar manner. One might argue that Kaufman’s own empathy has increased over the years, that he exorcised something through Philip Seymour Hoffman’s dictatorial director in Synecdoche, and that by erasing the presence of the puppetmaster as a literal being on screen in Anomalisa, he allows his characters to make their own mistakes and somehow loves them more for doing so. (Though, that weird Japanese sex toy, a puppet of another kind...but then, a toy Michael Stone doesn’t really understand how to operate.) He leaves Michael to his own fate, to live out his own existence, rather than concoct the elaborate EC Comics horror curse that befalls Craig at the end of Being John Malkovich. But then, the cynic in me might say that’s the worst curse of all: leaving us alone to be ourselves. 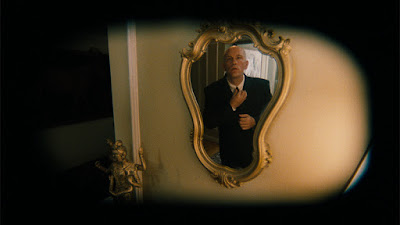