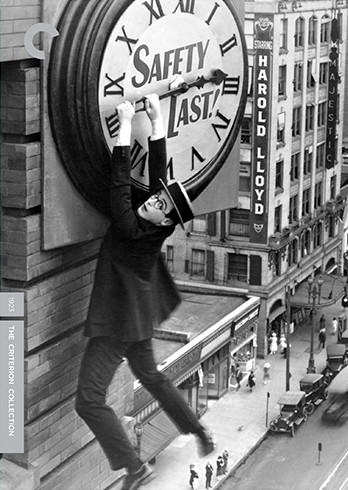 Someday I'll do a longer review of this disc, but for now, here is my short review from the Oregonian, done for a recent theatrical engagement, just to let you know I'm alive. [source]

Silent screen legend Harold Lloyd made comedy out of calamity in his 1923 masterpiece Safety Last! The bespectacled performer plays a small-town boy trying to make it in the big city so he can marry his sweetheart.

As a personality, Lloyd is a combination of silly and sweet, but his true star power comes from his daring athleticism. The more elaborate his setup, the more hilarious the payoff. The indefatigable klutz pratfalls his way through a series of expertly timed visual gags, escalating to a hysterical climax on the outside of a skyscraper.