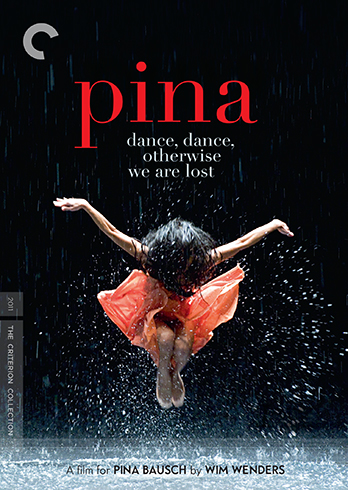 Pina, the long-gestating personal project from German director Wim Wenders (Wings of Desire [review], Paris, Texas [review]), is a documentary/performance film that reverberates with emotion and wows with its technical wizardry. It is a time capsule, a museum piece, a preservation project, recording many of the famous modern dance pieces choreographed by Pina Bausch; yet, unlike most museum pieces, Pina is not stodgy or covered in dust. The only glass this vibrant recording belongs under is that of your television screen, and maybe the lenses of a pair of 3D glasses.

Pina was a film that had been on Wenders' docket for years, but footage of dance performances shot by other directors had convinced both him and Bausch that a standard set-up would not truly convey the power of Pina's artistry. She was against having too many cameras onstage, breaking the point of view, and changing the audience's perception. He was against setting up at the back of the auditorium and shooting the performance over the seats. Both approaches had been tried before, but with few successes. Carlos Saura took his tangos out of the performance space and entered the rehearsal area [review]; and, of course, there are the various films of Martha Graham at work [review]. But Wenders couldn't just repeat what they had done. 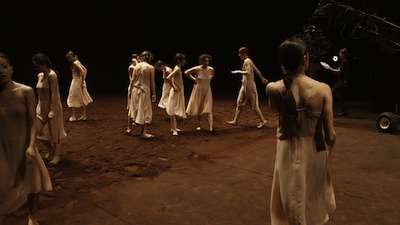 As the story goes, it was seeing U2's 3D concert film that changed everything. Released in 2007, U2 3D was the first example of the new technology in practice. I remember seeing it in IMAX and imagining I could jump from my seat and land on the drumkit and being tricked into thinking different elements in my peripheral vision were real, not projections. And I can barely stand U2. Wenders was so impressed by the stereoptic effects, he saw what Pina could be. The tech was still new and unwieldy, but in a couple of years, it would be there...

Unfortunately, he didn't have enough time. Pina Bausch died in 2009 without Wenders ever shooting a single frame with her. Rather than let this project die, however, he carried on, turning Pina into a tribute to his friend. The final film gathers her dance troupe, past and present, and has them perform some of her signature material. Some of the dances are set on the stage, some are taken out into real environments, both urban and rural. Amidst this, Wenders shoots portraits of the dancers, having them talk in voiceover about how Pina inspired them and what her work means in their lives. 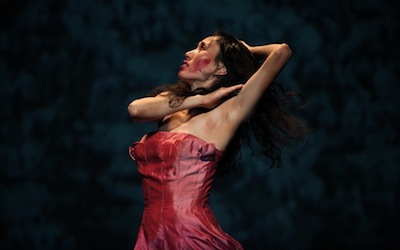 The end product is far from your standard biography. It's less about the woman and more about the essence of her. It sticks to what is important, the dancing itself, rather than trying to string together significant events that may or may not have inspired it. The chosen pieces range from solo routines to larger casts. Some of the sets built for the filming are sparse, others are elaborate. All of them, after a fashion, are abstract dramas, illustrating the push and pull between men and women, personal growing pains, and the greater struggles of the human community. 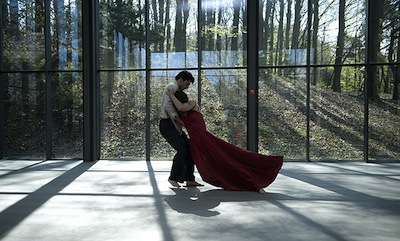 I have now seen Pina twice: once in a theater, in 3D as Wim Wenders really intended, and this second time on Blu-Ray, in two dimensions. There are virtues to both (and this combo pack offers both options, though you'll need a 3D television to view that version). The 3D is immersive, creating a sense of space and movement that would not otherwise be possible. The closest you would come to that kind of experience would be to see the recital live and in person. At the same time, cinema allows you to get closer to the action, almost like you are in it but without disrupting the artists. 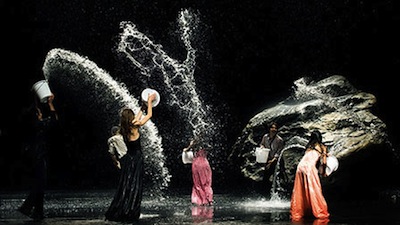 On the other hand, watching it at home, there were no pesky glasses, no adjusting to the multi-plane effects and the distractions that come with them. It's also easier to focus on the full performance. Even Wenders acknowledges this. You can actually see more in two-dimensions, because 3D evens out all the focal points, ironically making the image more flat even as it separates. 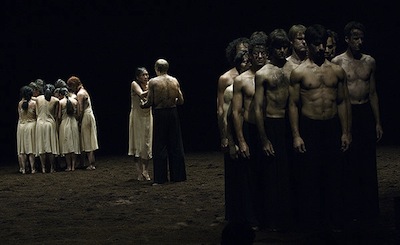 Either way, Pina is an effective movie. Wenders is working straight from the core on this one, driven by his gut as much as his intellect--which is also how the dancing translates. Pina Bausch's choreography takes our inner feelings and gives them external expression, turning the intangible into the physical. For most people reading this, we would likely have never been witness to any of the late dancer's work had this documentary never been made. And more would have been the pity. Pina is eye opening, mind expanding, and altogether beautiful. 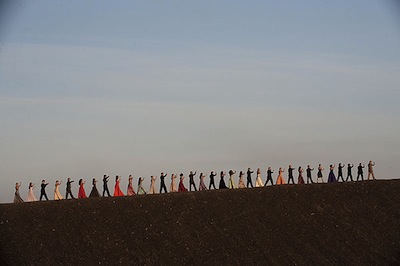