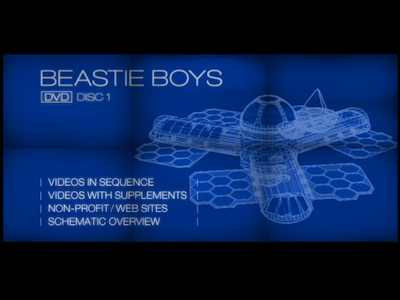 It's weird living in an age when someone you never met has passed away and yet you know about it faster than you might were it someone in your own family.

I first saw mention of Adam Yauch's death on Twitter this morning. That one post was then followed by four. Then countless. Like many people, I decided to head to This is My Jam and change my song to one from the Beastie Boys. Yauch was better known as MCA, one of the three masterminds behind possibly the longest-running active group in hiphop. I wanted to mark "The Sounds of Science" from Paul's Boutique because it's the one where he says, "That's right, my name's Yauch." It took me three tries to get the site to load. My queue of friends was full of Beastie songs. The outpouring of love for MCA was crashing the servers.

I always thought I'd review Criterion's Beastie Boys Video Anthology one day as a stop-gap, a quickly dashed piece about how the double-disc set was put together when I was behind the eight ball and needing a special ninja move to get out. I mean, how do you really write about a music video collection? Do you dig into the thematic narrative the way you do a regular movie? I suppose you could, but it'll probably read like a real stretch.

But now that I think about it, there is a thread that runs through the Beastie videos: it's the thread of our collective lives. Each segment represents a "where were you." At what point in your life did you first see "Fight For Your Right" or "So What'cha Want" or "Body Movin'"? Particularly in the first half of their career, when everyone watched MTV and, as one pundit whose name I've long forgotten once said, the cultural vernacular changed from, "Did you hear that new song by [Band X]?" to "Did you see that new song by [Band X]?" I remember the group returning after the post-Licensed to Ill exile and the big deal that MTV made about "Hey Ladies." It's perhaps telling of the band's influence that as much of a big deal was made last year when they debuted the long-form "Make Some Noise." I couldn't download that clip fast enough. The album that followed, Hot Sauce Committee Part Two, being pretty great was a triumph in many ways, not least of which being that, at least for the time being, Adam Yauch was beating the cancer that was destroying his body.

It's a shame that the band decided not to include their Licensed to Ill-era videos on Video Anthology. I know that the Beasties have a conflicted relationship with their debut. It's a party record, a bit of a joke, and much of the lyrical content is, if taken seriously, regrettable. At the same time, the music was revolutionary. Rick Rubin's production style, marrying samples and beats with a unique cold fusion of rock and metal, was unlike anything most of us had heard way back in 1986. It was the first rap record a lot of us ever owned, and it changed the public at large's point of view about the then relatively new art form.

Though unintentional, Licensed to Ill successfully achieved what would become Yauch and Co.'s long-term goal: it unified people. Licensed to Ill came out when I was transitioning from junior high to high school, and back then, it seemed like everyone listened to the Beastie Boys. It didn't matter what social group you belonged to, or what other music you preferred, you owned a cassette of Licensed. I remember sitting in English class and this cheerleader named Tanya was talking with the other popular girls about how Mike D was her favorite Beastie because he was the cutest, and I was able to enter the conversation to say I liked Mike D, too, because I liked his style, particularly his sunglasses. Because of the Beastie Boys, and specifically their visual image as seen in music videos, people who never talked to each other were communicating, even if only for a short time.

Paul's Boutique came out as I was getting ready to leave high school and preparing to leave home and go to college. As I mentioned, the first thing to emerge, at least in such a way to reach where I lived, was the "Hey Ladies" video. Funny to note now, but I kind of hated it when I first saw it. I wondered what had happened to the Beastie Boys. What was with all the 1970s clothes and the weird, shifting structure of the song? This wasn't what I expected from them, and though considered a masterpiece now, the album in full was not what anyone had waited three years to hear. Luckily, another kid at my school, Derek Walkington, had gotten Paul's Boutique on tape and he embraced its eclecticism and made me give it a listen. Using Licensed to Ill as a foundation, the Beasties were taking their sound and stretching it to every conceivable length. Yes, there was disco and funk, but there was also rockabilly and punk and the fragmentary experimentation of "B-Boy Bouillabaisse," the extended medley that closed the record. What initially freaked everyone out about Paul's Boutique would later be hailed as the band's willingness to explore and grow.

That attitude would pay off big time in 1992 when the Beastie Boys released Check Your Head. Though not as all over the map or even as creative as Paul's, Check Your Head drew its lines more clearly. There was the rap song, and then there was the funky instrumental, and then a punk song--it was chopped up rather than blended, and though it shouldn't have worked (and really, I'd still argue that it and Ill Communication are the least satisfying as "albums"), Check Your Head captured everything about the emerging "alternative" culture and, in many ways, pointed the way to the 21st Century, when inclusive lifestyles and a broad-based consumption of media would be the norm. Derek and I went to see the Beasties at Lollapalooza that year. We were in the orchestra pit at Irvine Meadows. Nicolas Cage and Samantha Mathis were standing behind us. I got to shake Cage's hand. And the show was awesome.

It was probably the last time I was that fully invested in the Beastie Boys, and also the only time I ever saw them live. Still, I can trace a map of my life since based on the albums that followed. Ill Communication came out the first year I lived in Portland and was working at Dark Horse Comics; Hello Nasty was released after I had left Dark Horse and was working at a record store, and it was a particular favorite of my girlfriend, who also worked there. (I should note, it's also the last period represented on Video Anthology, which was released in 2000.) To the 5 Boroughs  has the distinction of being the post-9/11 album, but it also represents for me a sweet spot in my career, when I was ensconced at Oni Press and it was just me and Joe Nozemack and James Lucas Jones, our own creative trio, doing our thing. By Hot Sauce Committee Part Two, I had left Oni Press and had established myself as a freelance writer.

I realize that all of the above is, in so many ways, more about me and less about Adam Yauch, but such is how these things tend to be. MCA and I have never met, I don't know him personally, I only know how he affected my life and how, as an artist, he was always there, influencing me and inspiring me. Paul's Boutique, so weird at first, came out right when I was becoming a different person, trying new things, and breaking out of my safe teenage world. As I grew, the Beastie Boys were growing with me, and vice versa.

If anything, the legacy of Adam Yauch is one of open-mindedness and principled exploration. His career choices demonstrate that one need never be limited in what sphere they choose to operate in, and at the same time, one can be true to oneself. In word and deed, MCA showed that you could be an individual while also caring about everyone around you. Limits are only for the weak-minded. The Beastie Boys Video Anthology succinctly encapsulates the first 2/3 of the band's career, and yet puts them on the cutting edge at the same time. When it came out 12 years ago, there was nothing like it. There were so many options for how to watch the videos, and also so many options for how to listen to the songs, the DVD case actually came with a map for how to navigate between all of them. Amusingly, my favorite video is now "Hey Ladies," because its cheeky humor means it has always stayed fresh. It's kitsch without the condescension that tag normally implies. Perhaps it's also amusing that, in keeping with the Beasties ethos of standing on one's own feet, the most popular cut here, "Sabotage," is for me the least interesting. I've always found it to be a bit too one-note, a 30-second joke extended past the point of breaking. I know that's the minority opinion, but sometimes you just have to stand apart.

It should be noted before I close that Adam Yauch had become an important contributor to the world of cinema in the last several years. He often directed Beastie Boys videos and live shows (the videos embedded here are his, and chosen specifically because of that), and he was the man behind the camera on the basketball documentary Gunnin' for that #1 Spot. Yauch was also the founder of Oscilloscope Studios, one of the most influential independent film studios currently running. It has provided an outlet for filmmakers as eclectic as Lynne Ramsay, Samantha Morton, Spike Jonze and Lance Bangs, Kelly Reichardt, Jules Dassin, Oren Moverman, and Michel Gondry, and has introduced the world to movies like If a Tree Falls, Kisses, Monogamy, The Exploding Girl, Treeless Mountain, Scott Walker: 30 Century Man, A Film Unfinished--the list goes on. All those links are to reviews I wrote of the movies mentioned, but you can also explore this list by Movies.com of 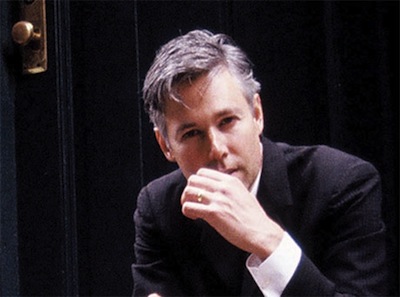 Read an extensive obituary at beastieboys.com.